Q & A With Senator McCain 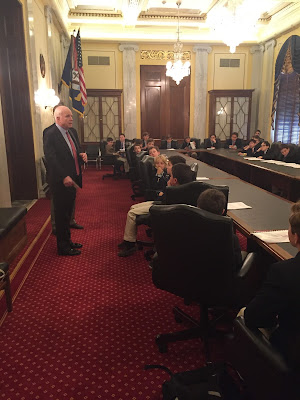 Our sixth graders met with Senator John McCain in DC. The Senator cited the Spanish Civil War and For Whom The Bell Tolls as his inspiration of how to live his life and his motivation for joining the military.

He participated in a question and answer session with the boys that covered a variety of issues including the lack of bipartisanship, illegal immigration, and ISIS. 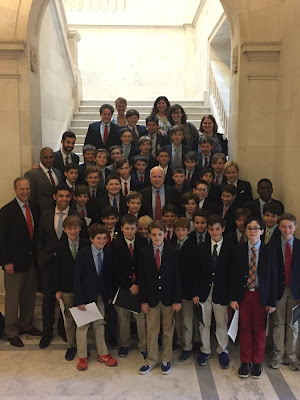 He also provided his views on the current presidential election.

The boys return to New York today after a whirlwind tour of the nation's capital, her monuments, branches of government, and many of her most significant players!

This is education in the world for the world.