Today, our Fifth and Sixth Grade boys kicked off the school's series of three walk-a-thon fundraisers in support of the Saint David's Kalina School in Ethiopia. The boys were cheered on by their  pre-primary friends as they headed over to Central Park on this spectacular spring day to run or walk laps around the oval. 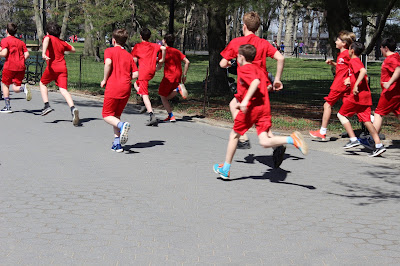 Over the course of the next few weeks the Eighth Grade, under Tom Ryan's guidance, will lead the school in several fundraising activities to support the expansion of the Kalina School to include Grade Eight, making it a complete primary school, like Saint David's. 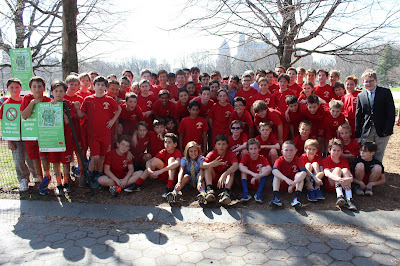 The Saint David's Kalina School was an initiative to contribute to the greater good that the boys undertook during the celebration of Saint David's sixtieth anniversary year. Through this project, they are doing good and remaining committed to a project over the long-term.