Peace and Release - The Remarkable Experience of "Les Colombes" 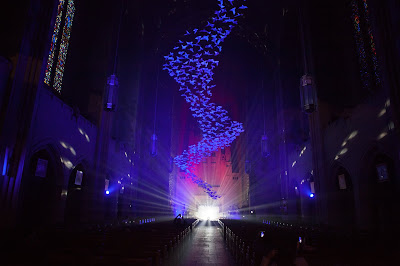 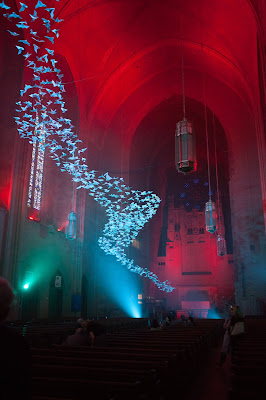 Friday evening's Alumni Parents Cultural Event -- a special showing at the opening of Michael Pendry's Les Colombes at the Church of the Heavenly Rest -- was truly a gift to the spirit. 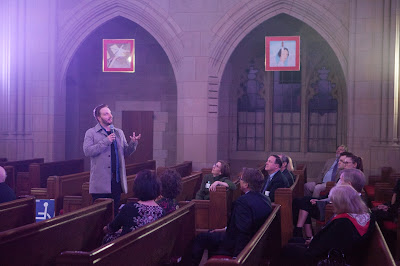 The remarkable evening began with an introduction by the artist himself. Mr. Pendry spoke of how his work, which is part of the Art for Peace project, began in Munich in 2014, where he drew inspiration from the doves in the ceiling of that city's Church of the Holy Spirit. 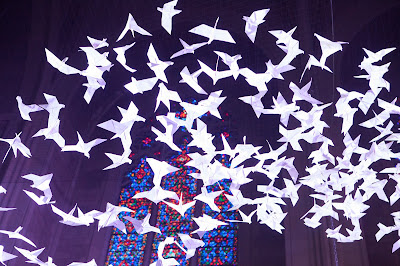 Doves, Christianity's symbol of the Holy Spirit, are also symbols of peace. The duality resonated with Mr. Pendry, leading to the creation of a traveling installation that consists of approximately 1,500 weightless doves, suspended from overhead netting in a 45-foot pattern.  Traveling the world, Les Colombes has appeared in houses of worship in Munich, Jerusalem, London, and Salisbury. It is currently short listed in the UK for a best contemporary installation award. 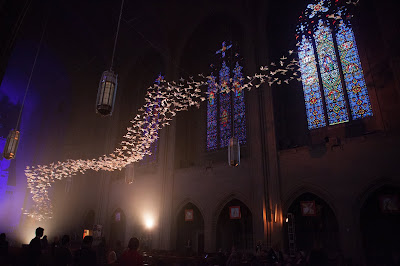 In each city where Les Colombes is shown, the origami doves, carrying messages of hope and peace, are made and contributed by local children and adults. For the New York exhibit, each fourth grader at Saint David's crafted and contributed doves, penning their own thoughts about spiritual release onto their creations. This project connects so meaningfully with the values and mission of our school. 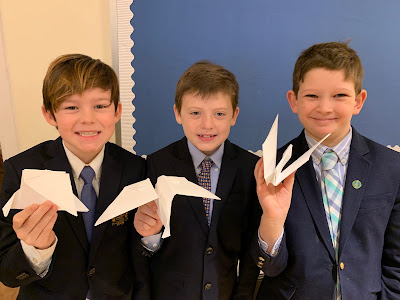 The breathtaking, meditative interactive light and sound experience transforms the flight of weightless doves soaring overhead into multi-hued, suspended gems, motionless at times, then fluttering in the most gentle of ways. We were encouraged to walk around the Church to experience the doves' formation from multiple perspectives, each conveying a different sensation, but with the constant aspirations of connection, hope, and peace. 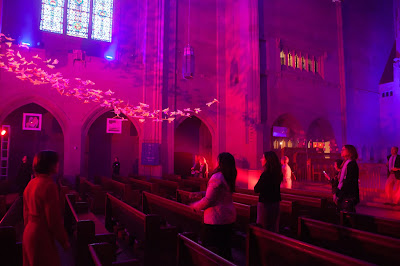 I think I can speak for everyone present that the experience was profoundly spiritual and moving. I am incredibly proud that there are doves created by Saint David's boys that will fly around the world with Michael. We can all agree that our world needs the doves' messages now more than ever.


Thank you to Alumni Parents Council Chairs Winnie Feng and Annie Haddad for organizing this unforgettable event, with the church's curator Diana Smith; and to Assistant Director of Development John Dearie.  The installation, free and open to the public, runs through August 18, with the sound and light show through May 19. I urge everyone to experience it. 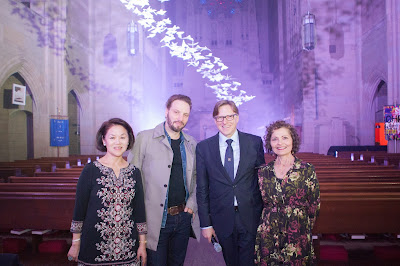