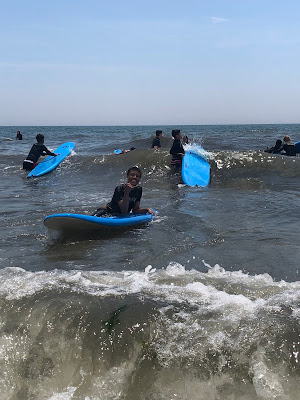 Little can top catching a wave to beat the heat on an exceptionally hot summer's day. 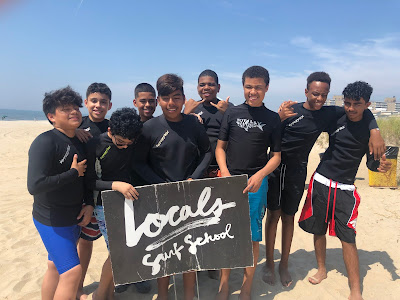 Yesterday, as the temperatures soared into the nineties, the Horizons at Saint David's Eighth Grade class traveled to Rockaway Beach with their teachers for surf lessons with New York's premiere surf school, Locals Surf School. The boys have been taking swimming lessons through our program since their first summer with us in 2012.  At that time, they were were rising first graders, and our inaugural cohort of Horizons students.

Yesterday, they were ready to go, and, as these pictures show, they had a blast while learning a new skill. 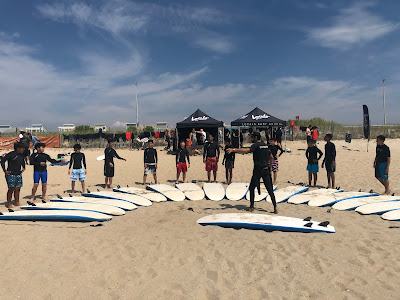 This is the eighth year of Horizons at Saint David's, a six-week multi-faceted academic and cultural summer experience whose mission is to prevent summer slide in elementary school boys from low-income families. We began the program in conjunction with Saint David's 60th anniversary in 2011, as one way that Saint David's as an institution could give back and lead by example.  In 2012 there were just 17 rising first graders. This summer, we number 120 boys in Grades One through Eight. 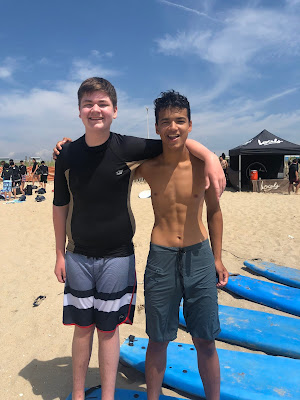 For more on the program, visit the Horizons at Saint David's website at this link.