September 09, 2016
For the current issue of Saint David's Magazine, I wrote the following about the history of Graham House and our school's plans for its next phase. I found my research into the history of The Graham fascinating, and would like to share: 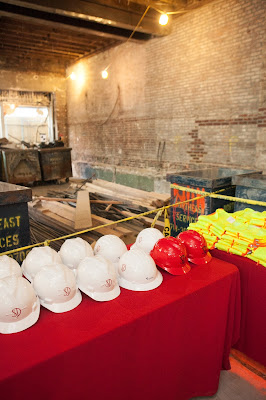 ...the brink of a new age. As I write this letter for the Magazine, the walls of the old are literally coming down and the foundations of the new are being laid on its bones...and it’s not the first time. In 1953 after the school purchased 14 East 89th Street from the Cutting family, the second of the Delano and Aldrich townhouses, then Headmaster David Hume, with a group of hearty boys, took sledgehammers to the dividing wall. Their breakthrough officially initiated the first great expansion of Saint David’s.

Since then, the school has continued an eastward migration with large scale acquisitions — in 1963 of 16 East 89th, the last of the Cutting family homes, and in 1972 of Graham House — that have taken the school from mid block 89th Street all the way to Madison Avenue.

On the rather beautiful Thursday afternoon of June 2nd, four boys and I took large sledgehammers to the wall that divides 16 East 89th Street from Graham House. More than 40 years in the making, this breakthrough officially initiated our next great expansion. What’s new for us is not for Graham House, which has experienced nothing but change for the better part of its 125 years.

Built in 1891 by Thomas Graham, The Graham was the first residential apartment hotel built on the East Side. Considered at the time to be a massive building, its seven stories were made of Indiana limestone and Pompeian brick. It sat on the crest of Prospect Hill surrounded by trees and open farmland, some 30 blocks north of the last cluster of large buildings at the southern edge of Central Park. The hotel boasted views of the “Hudson Valley to the North with Washington Heights beyond.”(1) Its location in the middle of nowhere, hard to imagine today, wasn’t its only problem.

“Georgian lintels and Romanesque details here and there” define the building’s architecture, said a critic at the time, “but it comes at the expense of real Romanesque details. Graham seemed to want to do everything, all at once, and he had none of the gift of gracious and subtle synthesis ... What Graham did have was a vulgar energy and it shows everywhere in this building.”(2) It was a nice way to express how much this critic disliked it. And he wasn’t the only one: “There is nothing right about this building except its earnestness, and after a while you think of it in terms of sincerity instead of audacity.”(3)

Well, Graham’s sincere attempt to establish a market for residential hotels on the East Side saw about as much success as his architectural vision. Thomas Graham endured multiple bankruptcy proceedings ending in the building being taken away from him in 1898. The new owner  renamed it the Brunswick Hotel, a regular commercial hotel, and it became known for housing one of the finest ‘uptown’ restaurants of “marble and brass ... with a coach light ... to signal the carriage drivers. All the horses used to line up outside the hotel with their shiny carriages.”(4)

It was also around this time that Thomas’ father and old building partner Charles Graham died. “Like most men of intelligence and resolution, Mr. Charles Graham had strong convictions on political matters, and during the early days of the Civil War he devoted himself earnestly to the cause of the slaves, many of whom he secretly assisted to freedom, while he defended them in public through the columns of the Tribune.”5 I can imagine many of the properties Thomas’ father built serving as weigh stations on the Underground Railroad. In keeping with classic Graham tradition, during WWI the Brunswick served as a Veterans hospital, taking care of the wounds of war. Right around the time of the Great Depression, it made its transition to an apartment complex and became the Graham House we know today. 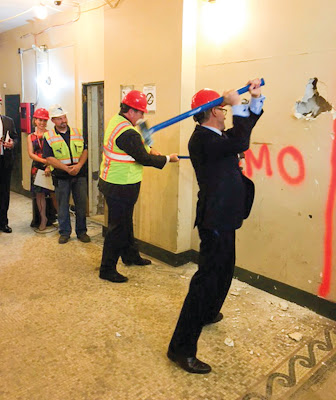 For the past decade Saint David’s School has been strategically preparing The Graham for its next phase. With the help of many generous, selfless people listed in the pages that follow we have made it to groundbreaking. There are a few I’d like to recognize in particular: Expansion Chairs John Menz and Craig Wood, and more recently Frankie Campione, Alex Carey ’82, and Kevin Hayden, and their team, who steered the logistics from initial concept through the design phase to approvals, permitting, and now construction; Overall Campaign Chairs Jenny Price and Greg Hoogkamp and their team, led most recently by Jeanine and Lou Salvatore, who raised and continue to raise the necessary capital; Legal Chairs Charlie Platt and Mark Shelton who guided us through myriad legal complexities, not least of which was the successful relocation of all Graham House tenants; Finance Chair Mike Marocco and his team; and our successive Board Chairs Gene Williams, Marc Robert ’74, and Dan Connolly ’77, who helped us all stay the course with their unique combination of singular focus, strength of character, and bold action. Although we have a way to go — more to raise and more to build — we are excited to finally be here. 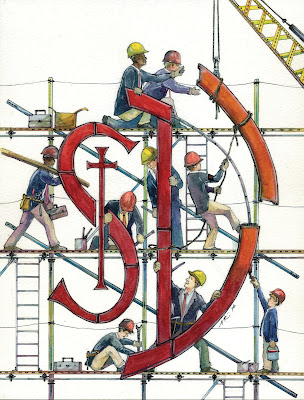 It’s no accident that our Magazine’s cover, illustrated by alum Vincent Ricasio ’92, depicts our boys working on The Graham’s next incarnation. We see them applying the finishing touches to the school’s logo — hoisting the last piece of structural steel before bolting it in place to complete the big ‘D’ and painting it Saint David’s Red. They are forging the new bones of their cherished school. It’s a metaphor, of course, but it’s one we can stretch beyond the blueprints of our great expansion. As an educational community, what we are doing here is building from the bones of ‘the old,’ not on them. It’s the boys of Saint David’s — past, present, and future — who carry within their bones the mission and values that have shaped them as young men, who have always formed the bedrock of this school.

And so, as The Graham reincarnates itself once again, it is with nothing less than ‘earnestness’ and ‘sincerity’ that we will soon reopen her front door and populate her halls. Her facade will be unchanged, but her bones will live anew: this time with the sounds and signs of little boys learning, growing, and changing.