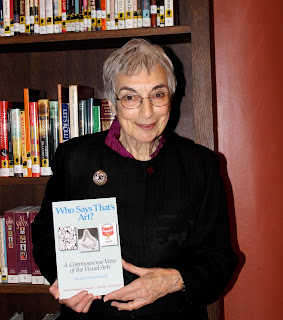 Yesterday evening, independent scholar and critic Michelle Marder Kamhi (www.mmkamhi.com), co-editor with husband Louis Torres of Aristos, an online review of arts; author of Who Says That's Art? A Commonsense View of the Visual Arts; and grandmother of two Saint David's boys, gave a thought provoking talk on art for our grandparent community. 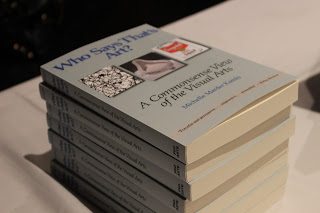 An advocate of objective standards in arts scholarship and criticism, Ms. Kamhi focused her talk on the ways in which art critics such as Clement Greenberg promoted the shift from representational art to abstraction. Kamhi argues that the abstract and post-modern art prevalent today, which often requires explanation by docents in order to be understood, goes against art's purpose. Taking issue with Greenberg's contention that representation is an expendable convention of painting, she quoted the late art critic John Canaday: "Art is the tangible expression of the intangible values that men live by."

"Good art," Ms. Kamhi said, "deals with the fundamental human experience, it is transcendent." She also noted recent findings in neuroscience that indicate the connection between art and emotion. 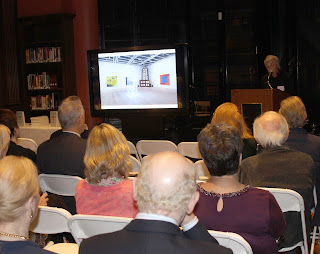 Ms. Kamhi's discussion offered a fascinating perspective that challenges the status quo in the contemporary art world; her talk provided an opportunity for all present to think about their views on art.

The event was a perfect example of the intellectual curiosity we cherish at Saint David's, where different perspectives are considered and pondered in a marketplace of ideas.

Our appreciation to Ms. Kamhi for providing such an intellectually stimulating evening. Thanks also to parents Fabiana Ramirez and Bernadine Gilfond for organizing this special Grandparents event, and to the Kamhi family.

"Lord of the Flies" Survival Game

December 08, 2018
Seventh graders are immersed in an "island survival" adventure related to their study of William Golding's 1954 classic Lord of the Flies . The novel tells the story of a group of school-age boys marooned on an uninhabited island, where they struggle to survive without a government or rules. In this creative, unique activity that spans 10 class sessions, our boys are assigned to belong to one of two "tribes." Using knowledge gained from history classes in the fall, they first determine what type of government system to adopt. During the simulations, they strategize methods to overcome obstacles and acquire resources such as wood, food, shelter, and water. The simulation requires the boys to negotiate, debate, and reflect critically on their decisions as they face challenges to their survival. In journals, they regularly write about their thinking, their decisions and consequences. Writing skills are further developed and honed. In addition to analy
Post a Comment
Read more