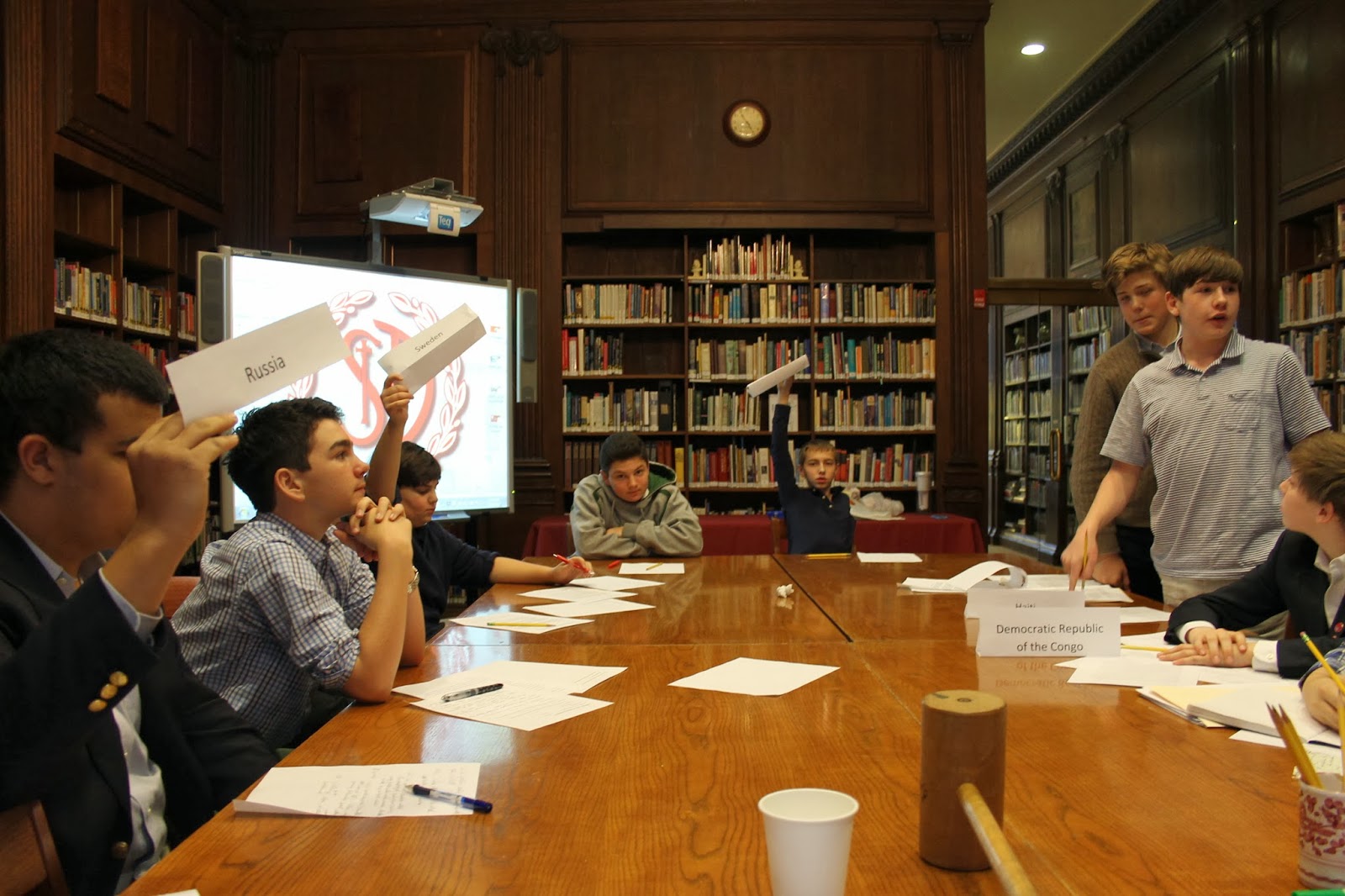 The ability to think critically about global issues is an aptitude our boys need to possess in order to be good global citizens. Saint David's boys learn this in class, when they study how the past affects the present.  Boys can also learn it through a new Model UN After School program led by sixth grade teacher Joe Shapiro.

The conference was based on one of the eight Millennium Development Goals that the United Nations actually set forth in 2000.

Participants in the mock General Assembly included "delegates"  from Chile, Russia, the USA, Sweden, Haiti and the Democratic Republic of Congo. To prepare for the conference, the boys wrote position papers on their country's views about foreign aid. During the conference they had to follow the rules of talking on the floor of the General Assembly and had to negotiate terms with each other.

At the end of the session, the delegates passed six resolutions. Among them: the US pledged to build 1,000 schools in Haiti, using Chilean copper for piping and powering them with Russian oil;  and Chile led the creation of a UN Disaster Relief Fund.

This type of active project, which features intelligent debate and critical analysis of data and statistics, also develops boys' ability to effectively make and defend an argument and exposes them to the art of compromise and consensus-building--all worthy traits of good men.