June 23, 2014
On our last day in Ethiopia, the contingent from Saint David's School, New York City arrived at the Saint David's Kalina School.  Led by the three Student Council Presidents Colin '11, Jack '12 and Skakel '13, the contingent was met by an excited mass of children, family members and teachers.

It was a hot and dusty day, but none of it tempered the spirits of those visiting or those being visited.  This first clip is upon arrival:

At Kalina today and at Mimi's school yesterday we were greeted with traditional dance and song.  A few short clips follow to illustrate.  Ethiopian dance is all about the shoulders, neck and head: 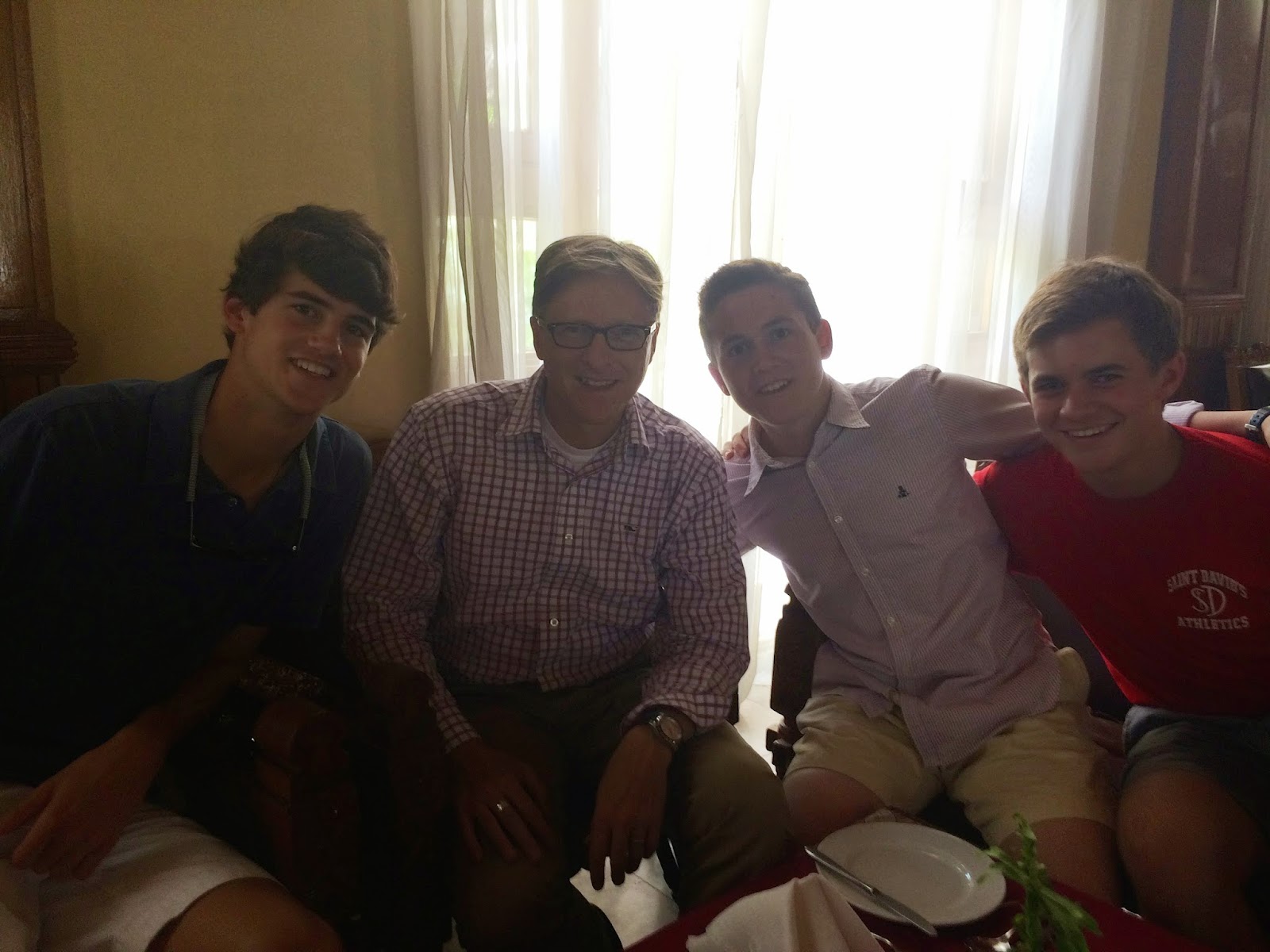 Between the two visits, Colin, Jack, Skakel and I managed to catch lunch in Mek'ele where we reflected on the trip to date.

The boys each expressed feeling moved by the impact of their hard work and the work of their respective classes and the Saint David's students.

At the schools, the boys took every opportunity to spend time interacting with the children.  Colin took some shots on goal with some of the boys. 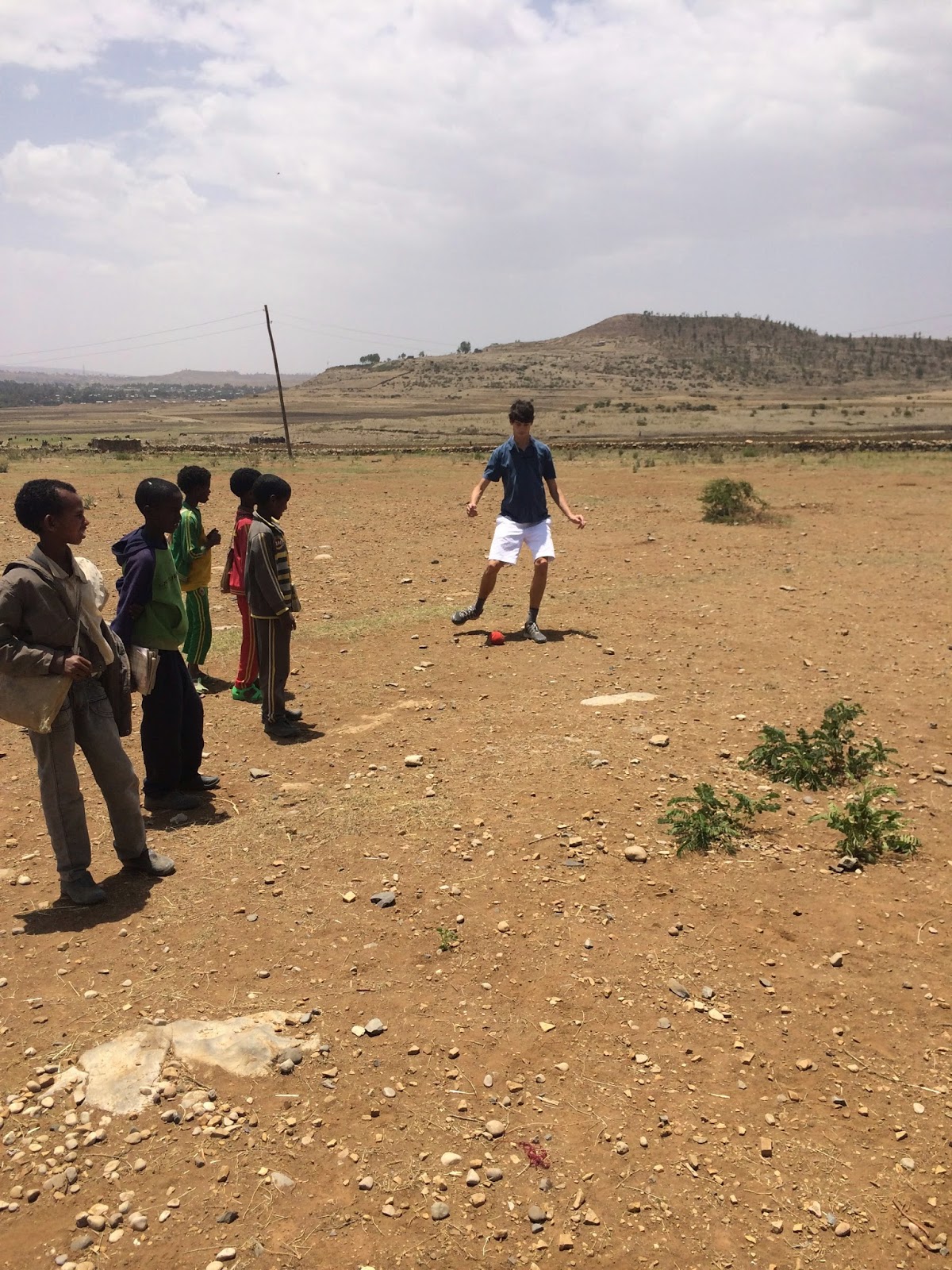 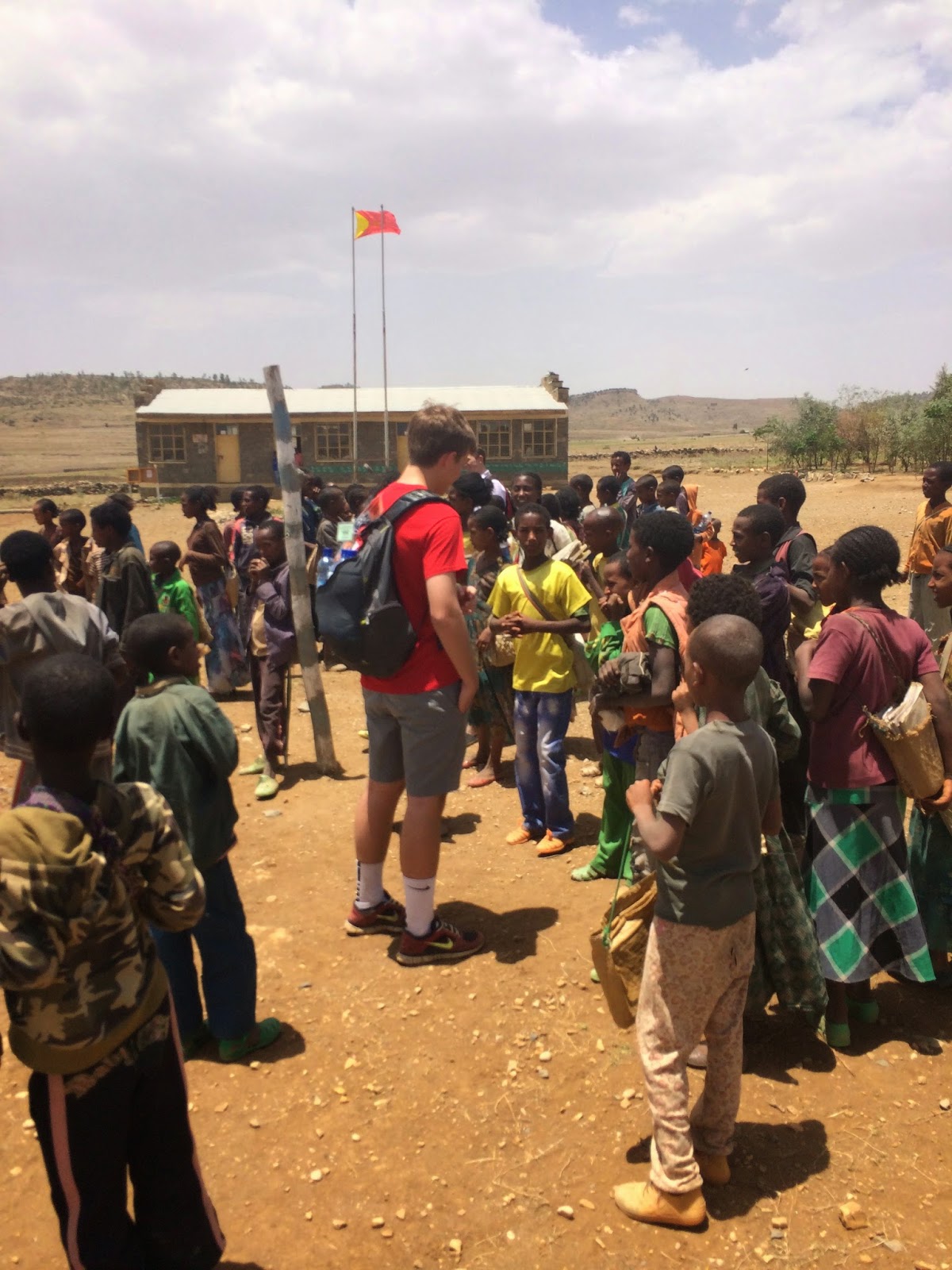 Skakel drew a crowd that tried its best to share names.

Jack wrote with chalk on the board, showing a small group of 2nd graders just how it's done.

This last short chip shows the boys being introduced in the classroom. 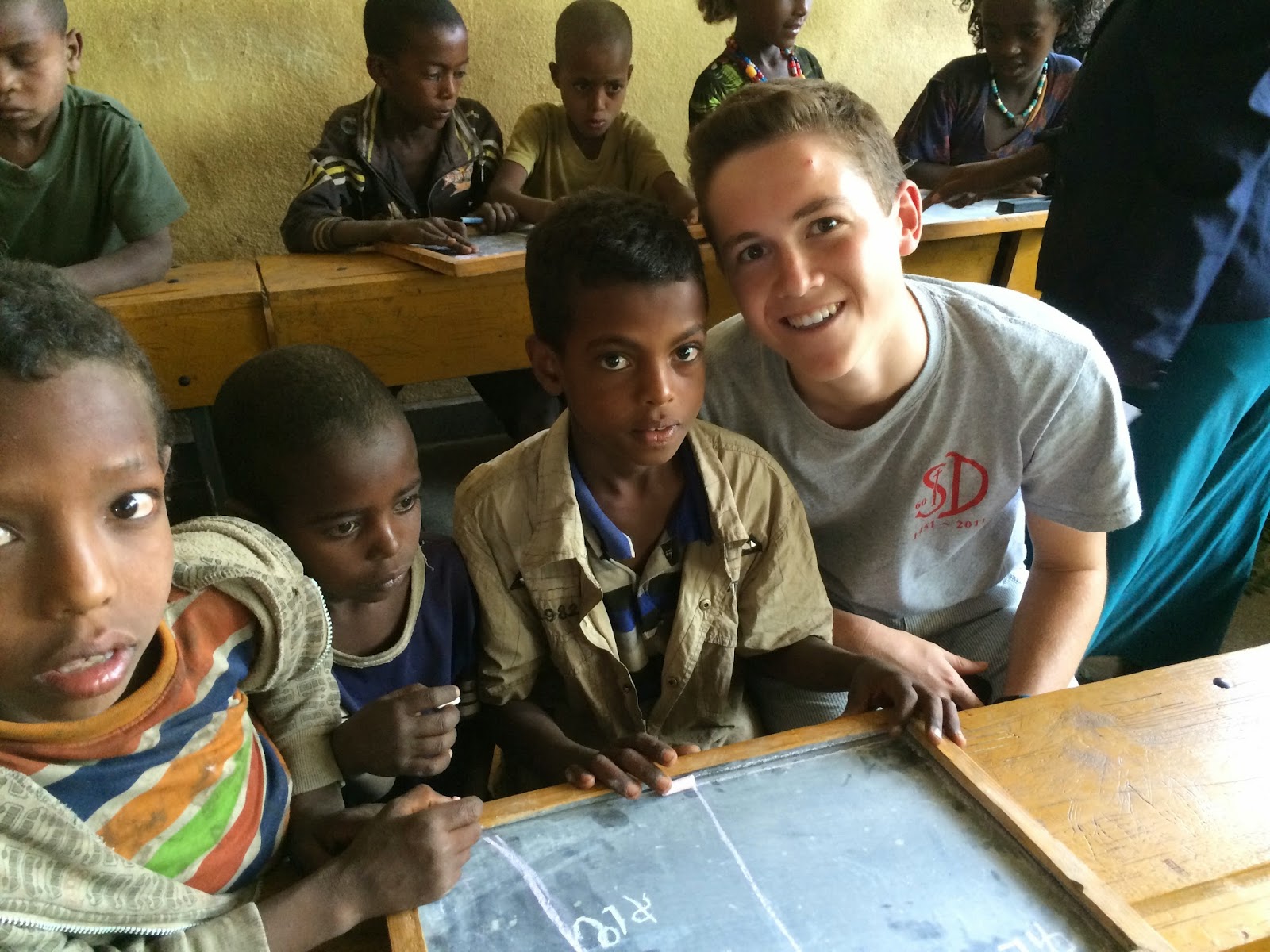