Ideas and Ideals at the Roosevelt House 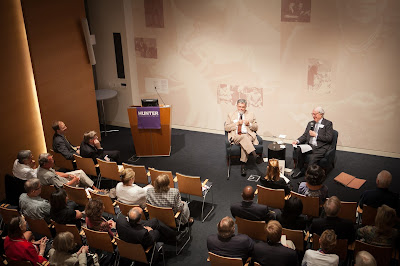 Wednesday evening, the Saint David's community had the rare opportunity to participate in a special event at the Roosevelt House about the recent PBS Documentary and book The Roosevelts: An Intimate History. 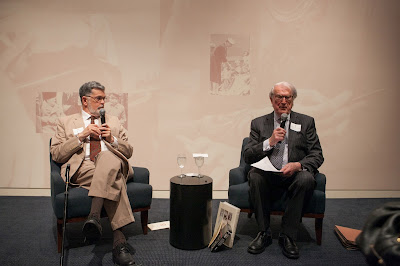 Their discussion painted fascinating portraits of all three Roosevelts, and ranged from their personal struggles: FDR's with polio, Eleanor's with an unloving childhood and depression, and Teddy's with asthma and depression; to their courage in fighting for the ideals in which they believed, embodied by their efforts in conservation and in the New Deal social programs proposed by Teddy which were brought into fruition under FDR, and in Eleanor's success with the Universal Declaration of Human Rights, adopted by the UN in 1948. 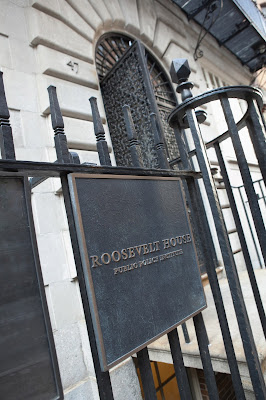 To be sitting in the Roosevelt House, with FDR's Four Freedoms etched into the wall behind us, while benefiting from the knowledge and insights of the speakers in front of us, was to be literally enveloped in the ideas and ideals that guided the Roosevelts decades ago, and which remain ever more relevant and vital today.

My appreciation on behalf of Saint David's to the Alumni Parents Council led by Dorothy Faux and Linda Foran, and to the Ambassador and Mr. Ward, for providing our community with an evening to remember and long ponder. It was a phenomenal night. 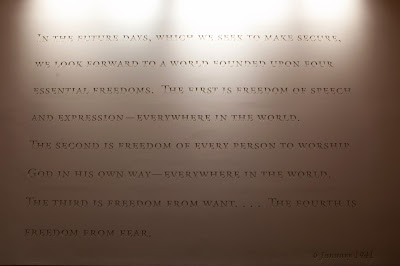