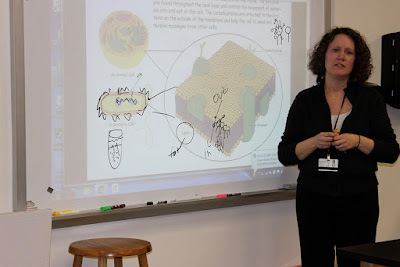 This morning Mrs. McBrien of the DNALC of Cold Spring Harbor led our fifth graders in a lab on DNA extraction, building upon what the boys have already learned with their teachers about the form and structure of DNA. 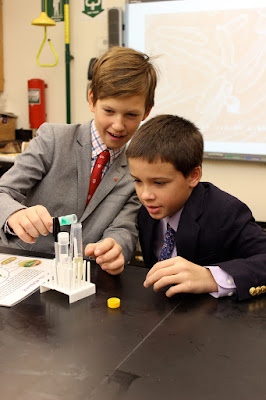 She began with an overview of the discovery of DNA and a discussion about DNA's function as a "blueprint" for traits and functions.

Mrs. McBrien then guided the boys in a DNA extraction lab in which they used soap and ethanol to separate DNA from harmless laboratory grade ecoli bacteria.

The boys used a plastic loop to lift the DNA, which was floating in the ethanol layer, from their test tubes. They were thrilled to be able to actually see the DNA, something heretofore invisible. 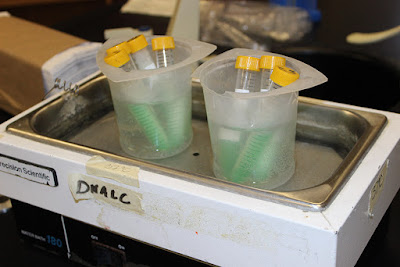 This is the third year of our collaborative partnership with the DNALC, which works with our boys in Grades Five and Eight on exciting, hands-on projects that provide the boys an opportunity to learn directly from top scientists in the DNA field as a part of their science curriculum.

This multi-week collaboration extends to the DNALC labs at Cold Spring Harbor and includes multiple sessions with their scientists and our Saint David's teachers.