Intellectual Virtues and the Model UN 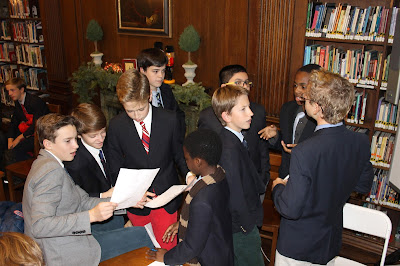 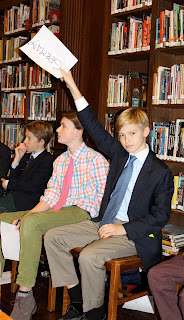 To accurately represent each country, delegates had to research diverse viewpoints and practice seeing the conflict through the eyes of others.

Early in the fall trimester, students had been challenged to think of a topic that was worthy of international debate and problem solving. After students presented a variety of ideas, the Syrian refugee crisis was selected because of its ongoing urgency and international scope.

In the process of preparation and debate, boys recognized that the problem had no easy solution, but came away with the understanding that coordinated international effort, funding, and respect for the human rights and dignity of refugees would be necessary to any solution proposed by real-life world leaders. 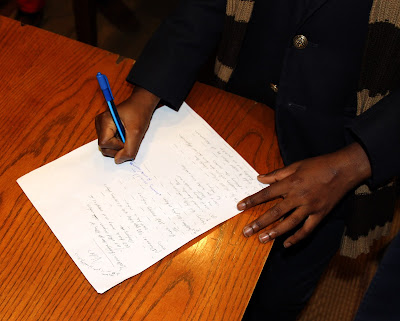 With Deliberate Moral Introspection the theme for this school-year, our teachers are focusing on cultivating the intellectual virtues that underpin it.

The Model UN Club, co-chaired by Upper School Librarian Gwen Kaplan and Sixth Grade Teacher Joe Shapiro, provides a great opportunity to do so. When the boys in Model UN assume and argue the perspective of different countries, they hone empathy, fair mindedness and good listening skills--all critical to developing the ability to truly think and seek the truth.