Honoring Dr. King and the Power of Words to Do Good 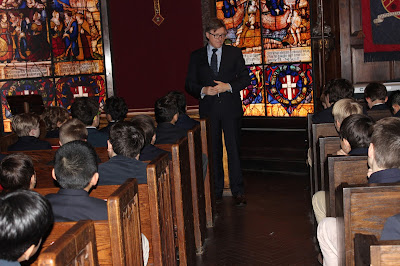 In each session, after discussing how words are powerful instruments that can be rightly used to effect positive change, the boys listened to Dr. King's monumental "I Have a Dream" speech in its entirety, read by one of their classmates.

In the 7th and 8th Grade Chapel I took my thoughts a little further, sharing excerpts from Adam Grant's Book Originals: How Non-Conformists Move the World regarding the process King undertook in preparing for the speech and how, even though he winged the entire second half, he had been preparing for it, like the young biblical David, our patron, his entire life. When history begged for a moral leader to be chosen, King was prepared to step up and step forward. 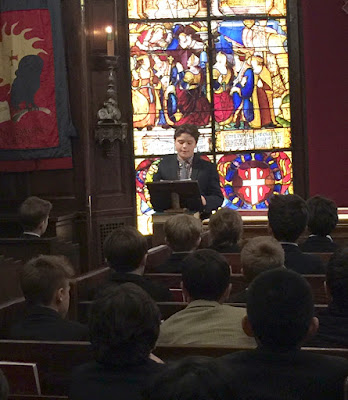 This year marks the 50th anniversary of Dr. King's assassination; a loss of life that he recognized as a probability, but which did not deter him from using his powerful words and voice to advocate for peaceful change that would bring "liberty and justice for all."

Each Chapel closed with William Best leading us in "Take My Hand Precious Lord, Lead Me Home," Dr. King's favorite hymn, which was sung at his funeral.