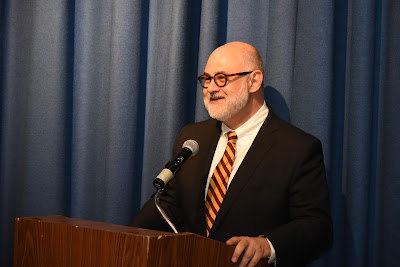 Lawrence Hirsch told stories: Kangaroo intestines were successfully used to set a shoulder injury he sustained after being stabbed by a soldier with a bayonet, who had failed in his previous attempts to shoot him.

The yarns he could spin with alacrity! Presented as truth, often embellished or fictional, they unspooled in ways that were entertaining and always contained a message. He loved to tell stories.

Lawrence's son, Peter Hirsch '82, captivated all of us with his own storytelling gifts and wise words about the father-son relationship, at our annual Seventh Grade Father/Son Dinner on Wednesday night. 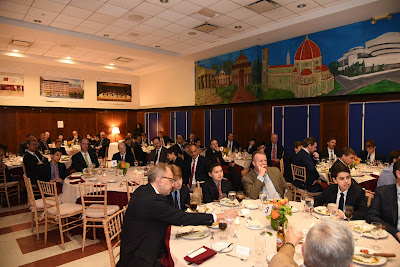 Peter is the Emmy and Peabody Award-Winning Head Writer of the Curious George and Arthur series. He is also a Saint David's alum who traces his first significant piece of writing to an eighth grade short story assignment at Saint David's. Although he never set out to be a television writer, after being offered a chance to write scripts for Arthur, Peter found that the themes he could write about, such as jealousy and greed, were universal, the same ones that he might tackle in a novel. At that point, he said he stopped "treating the job as a gig, and made it a passion." 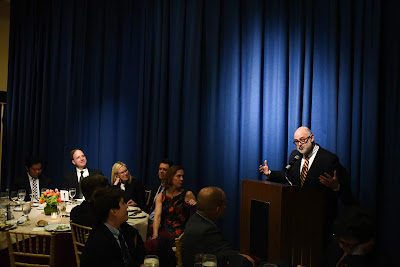 It was having a father who so clearly delighted in crafting and sharing stories that inspired him to cultivate his own writing. Peter encouraged the boys present to cherish the stories that their own fathers tell: "They are priceless." To the dads present, his advice was to "choose your stories wisely," for the "stories dads tell live on through their sons."

During the question and answer segment of the evening, Peter touched upon writer's block ("It's not about writing, it's about fear.") and his favorite book (Anna Karenina), among other topics. It was a pleasure to listen to Peter. He gave us with wit and wisdom, much to digest about the influence of a father and the importance of finding one's passion. 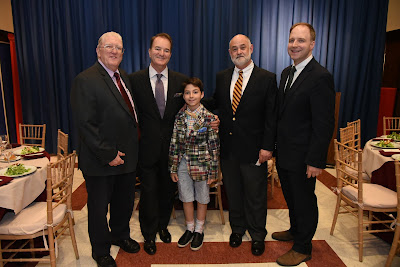 Our gratitude to Peter, to current parent and Peter's good friend Bob Lorenzo, and to Assistant Director of Development John Dearie '95, for bringing the evening to fruition. Thanks also to Cater to You, our dining services, for a delicious meal. 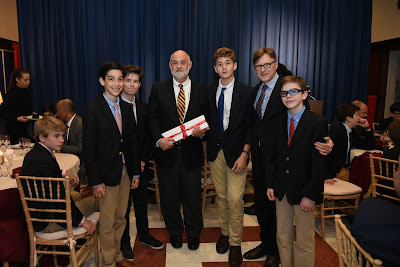 This Seventh Grade Father and Son Dinner is an annual special event in which fathers and sons explore what it means to be a good man, the relationship between parent and son, and other mission-inspired themes. 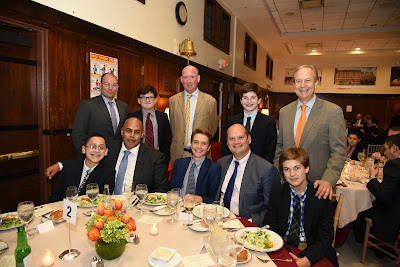