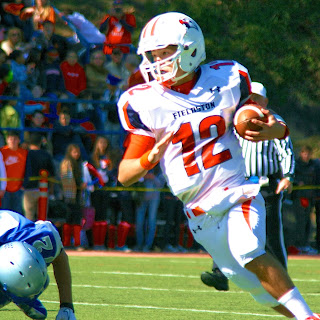 Sam Healy (’09) will attend Claremont McKenna College in southern California next September where he was recruited to play quarterback.

Sam recently graduated from Ethical Culture Fieldston School where he set two single-game passing records and finished in several of the school’s top-5 all-time passing categories.  He also was a three-year starting lacrosse mid-fielder for the Eagles during which time he was named to the First Team NY Post All-City team.

Sam is currently attending Loomis Chaffee School (Windsor, CT) as a post-graduate student athlete where he played for the Pelicans football team.

We are proud of Sam's achievements.  He chose a path less traveled.