Saint David's boys took home the award for best delegation!  An awesome achievement given that it's our first ever competition.

Mr. Shapiro reports that it was great to see the boys step up to the plate, especially after their original apprehension when they realized that the other delegations were a little more experienced.

They handled each breaking crisis with cool-headed diplomacy (JFK, played by Ethan K., was even kidnapped!). They are currently enjoying their triumph at a delegate dance.

The boys have already begun planning how they can become back-to-back champs next year. 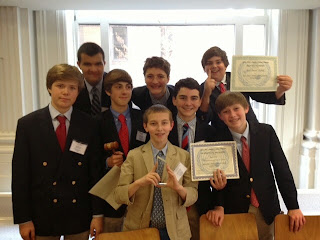 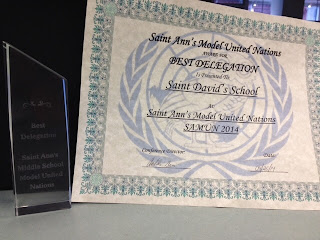