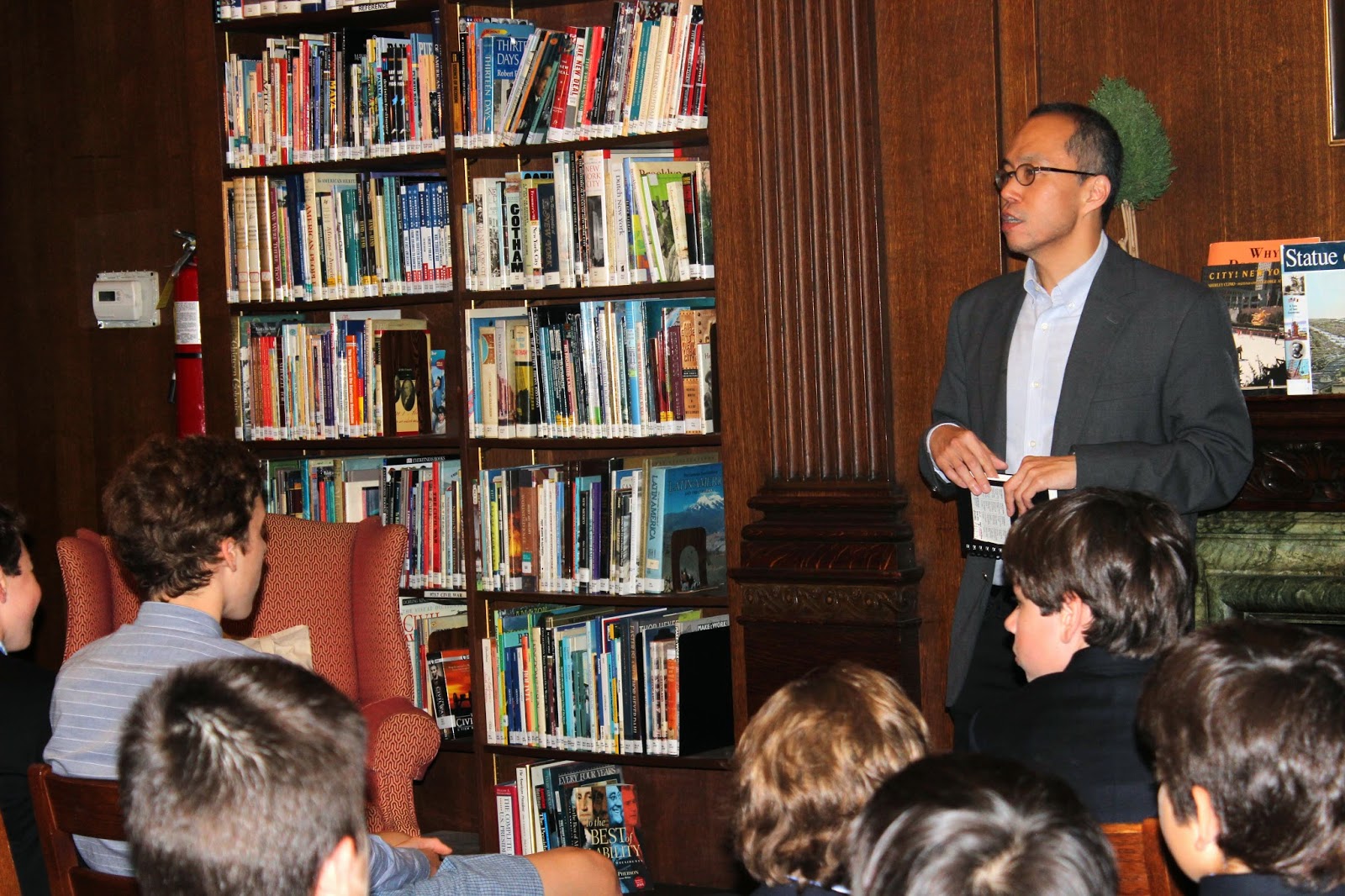 This morning, Howard Chua, former News Director for TIME magazine in Europe, spoke to our Seventh and Eighth Grade boys as part of the ongoing Authors Series.

Mr. Chua’s talk focused on the process involved in selecting TIME’s Person of the Year, including a discussion of last year’s two finalists, Edward Snowden and Pope Francis. The boys’ asked several thoughtful questions including how TIME handles finalists, like Snowden, who are known more for their infamy, and whose selection might therefore result in a loss of advertising dollars. 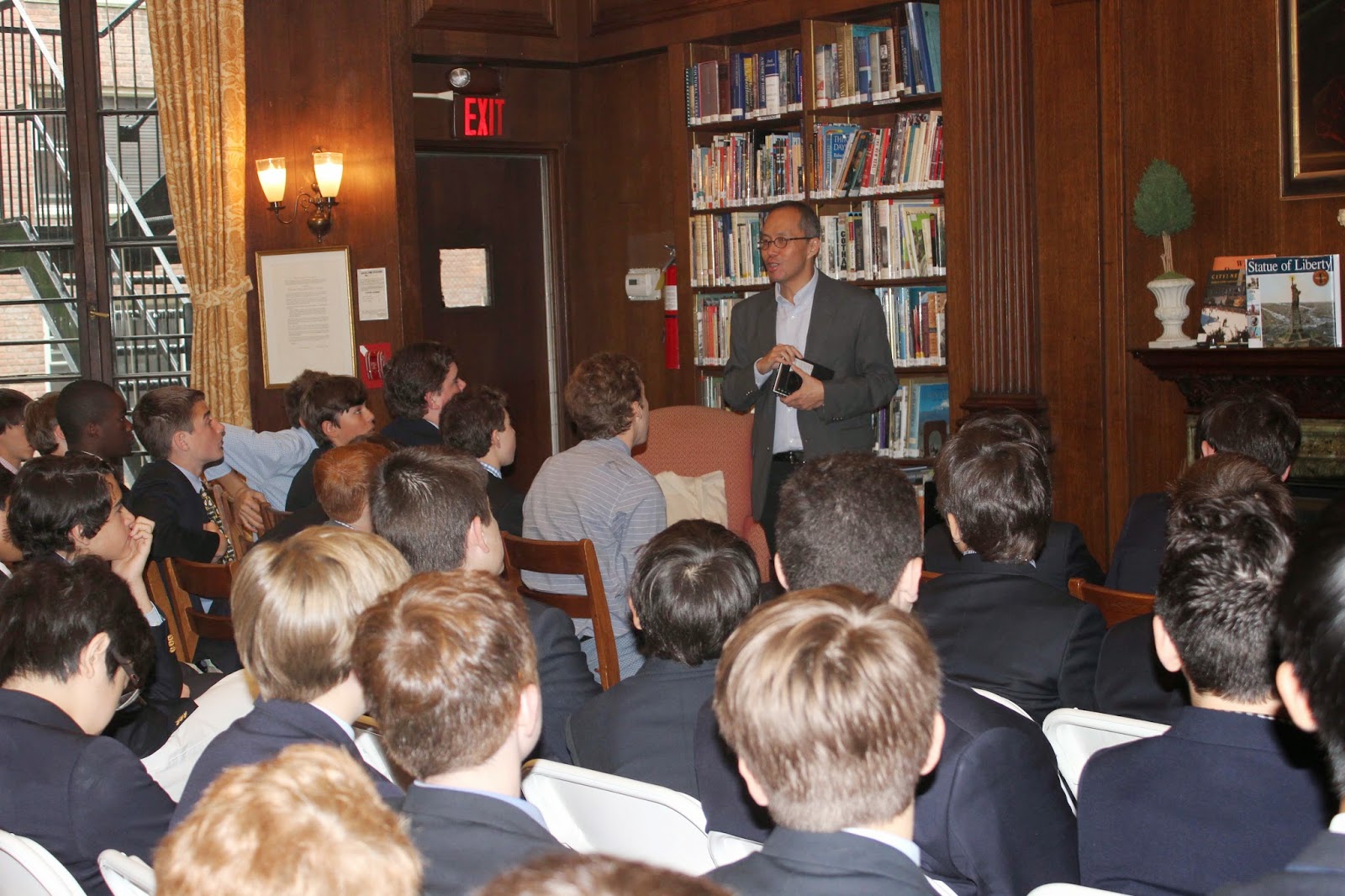 Mr. Chua replied that TIME differentiates between the business side and editorial content. Ultimately, he said, Pope Francis was selected because in "a very short time he has transformed how the church is perceived in the world and among Catholics.”

Mr. Chua recently co-authored "Pope Francis, The People's Pope," the lead article in the Person of the Year edition of TIME published on December 11, 2013. You can read it at the following link: http://poy.time.com/2013/12/11/person-of-the-year-pope-francis-the-peoples-pope/

The Author Series is a wonderful PA sponsored program, which provides our boys the opportunity to engage in stimulating discussions with notable authors from a variety of publications and media outlets.