Father-Son Alums Give Chapel on Our Ethiopia School 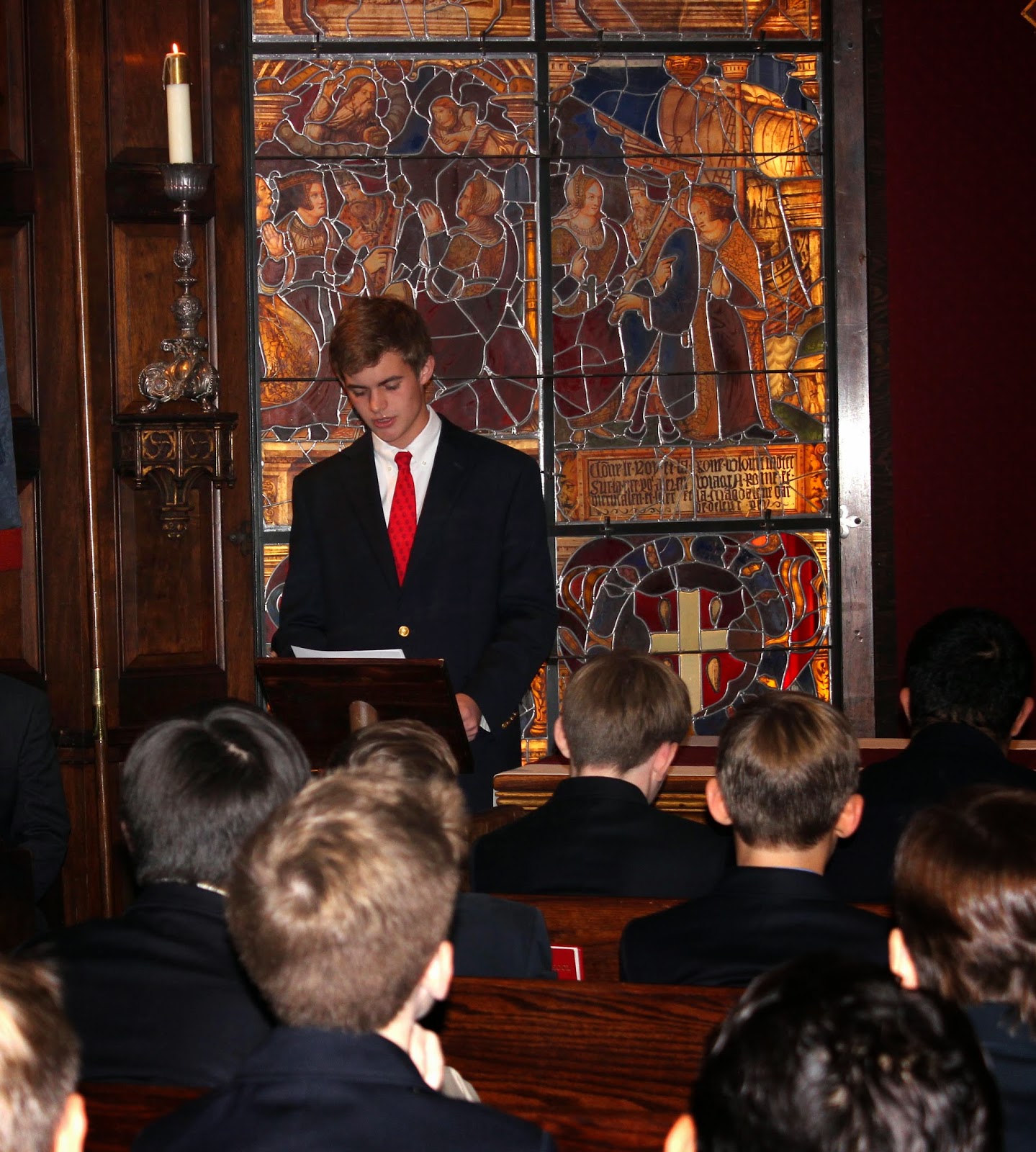 Alums Skakel McCooey ’13 and his father John McCooey ’72 gave a joint Chapel talk to our seventh and eighth grades on the school our boys recently built in Ethiopia. Both Skakel and John were members of the Saint David’s contingent that traveled with me to the Saint David’s Kalina School this past June for its official opening ceremonies.

Skakel, who was one of the three Student Council Presidents who led the project, spoke about how the combined efforts of all of the boys of Saint David’s and their teachers, in particular Tom Ryan, over three years of fundraising, had resulted in the successful construction of the school.

“Through seemingly unrelated fundraisers, the bake sales, softball games, walk-a-thons, we built a school and we changed peoples’ lives,” he said. For Skakel, the moment that stood out most was when he was about to leave the school: “I saw on one side the old mud structure that used to serve as a school, and then on the other side, the cinder block building, the school that we built, which had separate bathrooms, even a garden, and which the parents voted unanimously to send their children to.” 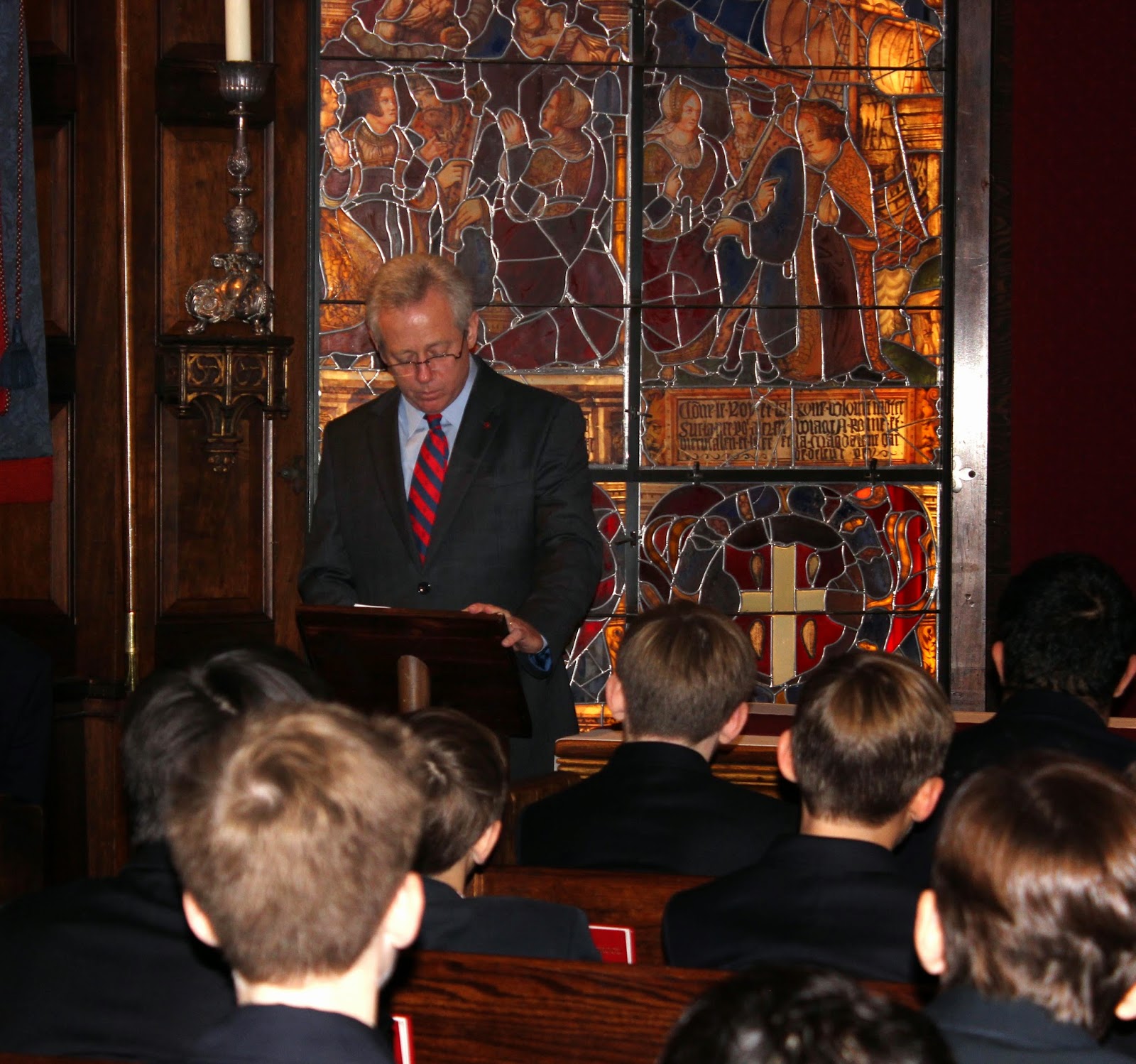 John described the poverty in the country, the everyday lives of the Kalina people, who live on little; the domestic homes they build from trunks of trees, and the remoteness of our school, a 3-hour drive from Mekele. He expressed the significance of the willingness of all of the parents to send their children to the school, as education is not mandatory in Ethiopia, and families often need their children to work the farms.  He also noted the senior village elder’s comment at the close of the ceremony:“ This building makes me wish that I were young again and able to go to school.”

“I am proud as a Saint David’s parent and an alumnus of what you did, and you should be proud,” John concluded. Thanking everyone, he observed that there is still more to be done, citing the need for Pre-K, secondary schools, books and resources. 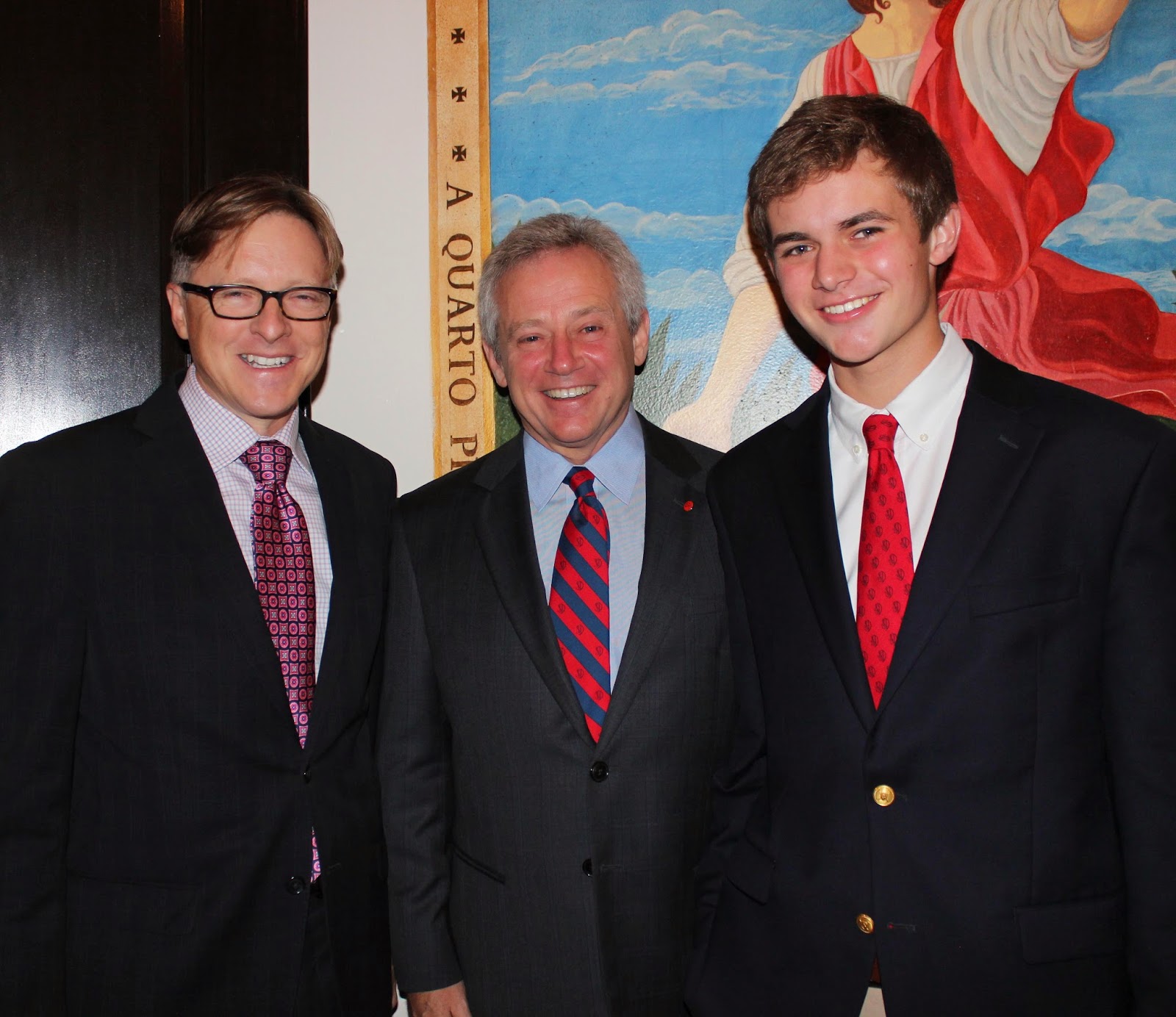 It was wonderful to have Skakel and John back at school to talk about one of the many ways that we, as a school, are working to contribute to the greater good.

More about our school in Ethiopia can be found at http://www.saintdavids.org/media/publications/detail/in-abyssinia

You can see a video of the Saint David’s trip to the Kalina School at http://www.saintdavids.org/media/video/detail/ethiopia-expedition