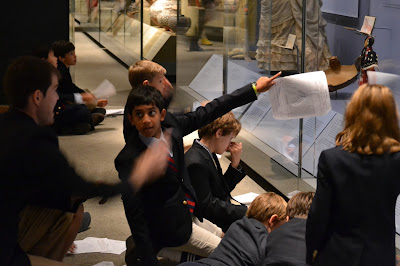 Earlier this week our fifth graders and their teachers visited the National Museum of the American Indian here in downtown New York, where the boys participated in a self-guided tour of the Infinity of Nations exhibit.  Arranged in a series of display cases--each representing a Native American culture region--the exhibit presents a diverse array of artifacts including, musical instruments, weapons, ceremonial objects, and clothing. 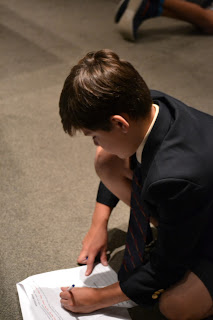 In line with our school's focus on Making Thinking Visible (see an earlier post on this topic) the boys used "the Explanation Game," a thinking routine in which they recorded observations and drew inferences about the different cultures presented in the exhibit.  This routine will help lead the boys toward understanding the many ways that Native American tribes adapted and modified their environments.

The boys' visit to the museum marks the beginning of a new unit in fifth grade history that centers on the effects of the encounters between Native Americans, European explorers, and colonial settlers.

This unit requires the boys to critically analyze the information they encounter on these topics, to ask important questions, and draw nuanced, insightful conclusions.

As their teacher Mr. Hubbard notes, "This is just the first stop in what promises to be an exciting term!" 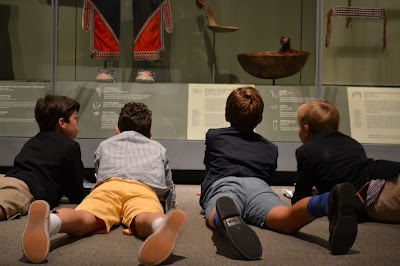