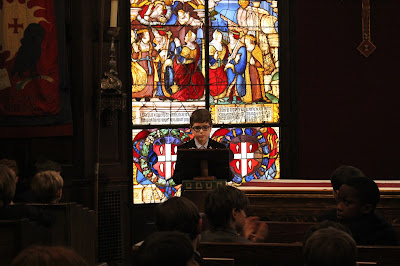 I began by talking with the boys about the legacy of Dr. King: his use of words and ideas rather than force to effect positive change, and the remarkable moral courage he displayed in choosing to do what was right even though he knew it would put his very life at risk.

In each Chapel one of our boys read in its entirety "I Have a Dream," the address Dr. King gave on the steps of the Lincoln Memorial during the March on Washington in 1963. We connected the themes in the speech of equality for African Americans, indeed for all Americans, to the principles the United States was founded upon and which are set forth in its Constitution. 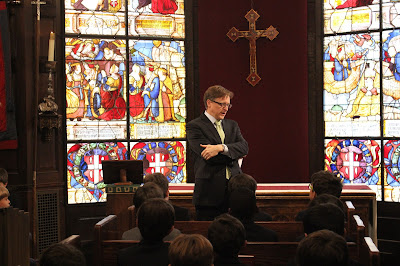 The Chapel concluded with our staff member Will Best's moving rendition of Take My Hand, Precious Lord, the gospel song that was Dr. King's favorite. All joined in for the final verse.

Martin Luther King's example is particularly relevant this year at Saint David's as the school examines what it means to have the courage to be morally introspective in service of the truth.