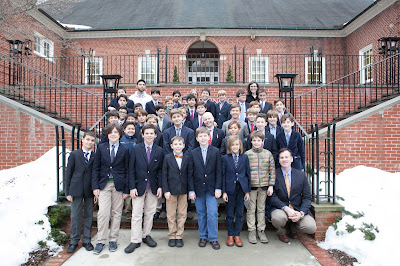 Earlier in the week, fifth graders spent the day at the Dolan DNA Learning Center of Cold Spring Harbor Laboratory.

The visit was conducted through our partnership with the DNALC for a several weeks' long DNA science unit. While at the Learning Center, the boys completed two rounds of investigations, met a scientist, and explored the Learning Center’s museum. 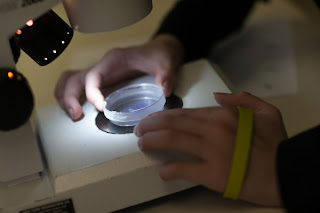 They learned about DNA mutations and their effects by examining microscopic roundworms and small fruit flies under the microscope, searching for differences in behavior or physical characteristics that could be explained by genetic mutations. 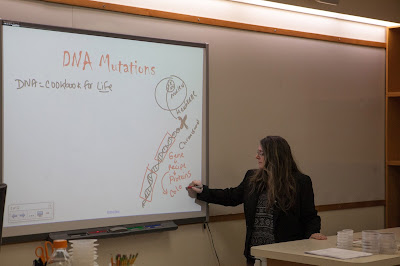 Dr. Molly Hammell, a scientist at the Cold Spring Harbor Laboratory who studies how melanoma spreads, and tests treatments that might help fight the cancer, spoke at length to the boys. She fielded many questions they asked about her research and how she came to be a scientist. Dr. Hammell discussed two genes that often are mutated in melanoma, which tied in nicely to the boys’ current study of genetics.

At the Learning Center's museum, the boys viewed  a full-size, 3D printed replica of Otzi, the 5000-year-old ice man who was discovered by skiers in the Alps, and they learned how scientists discerned his age, health, occupation, and travel history using molecular biology. 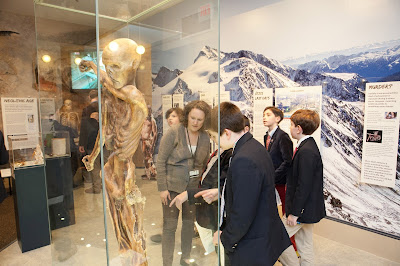 They were fascinated by Otzi and his story. It is believed that he was shot in the back with an arrow, fell into a crevice and was quickly buried in snow. Our boys offered their own interpretations of what might have happened to him as well, including that he had accidentally stabbed himself with an arrow, or had fallen first and landed on the arrow.

The boys came home with many new ideas and great questions they will explore as they continue their study of DNA with their teachers and DNALC educators.

This unit in Fifth Grade, as well as the partnership with DNALC in Eighth Grade, which involves an original DNA research project, afford our boys the valuable opportunity to interact with and learn in a hands-on way from scientists at the forefront of exciting DNA research. Imagine how inspiring this is for our fifth graders!