The Cup Stays Up! 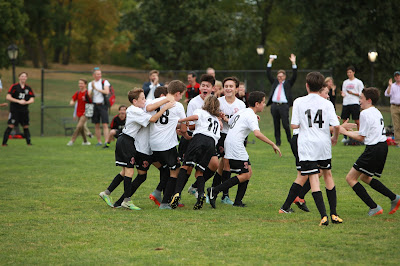 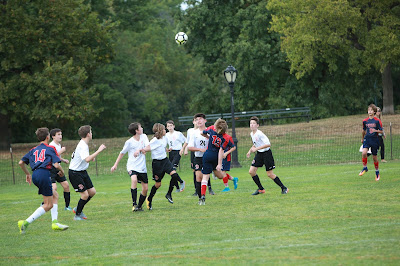 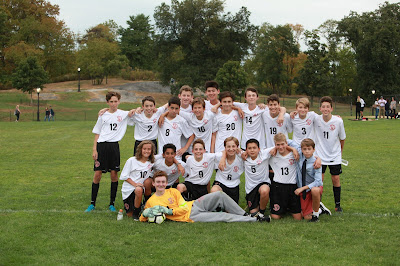 While Mr. Osgood was unable to attend yesterday's match against St. Bernard's, there were, as one might expect given the clandestine nature of his work, several reported sightings--a cloaked figure by the big maple, a tall man with an uncanny resemblance to Dr. King, only older, standing by the Bernard's goal late during the second half, and off course, the infamous distinguished gentleman sporting long-range binoculars spotted atop the small hillock located to the north east of our field. Unfortunately, none of these sightings could be independently confirmed by this author. Every time I looked in the direction of the call, I saw nothing.

Mr. Osgood had earlier urged the boys to "Play strong, play smart, and play fair! Our Cup hangs in the balance!" 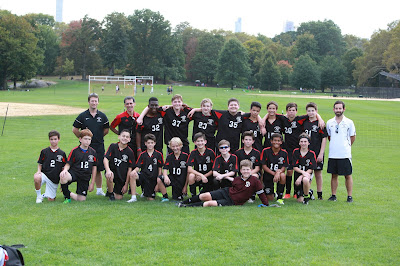 The boys on both the Red and White teams played strong, smart and fair yesterday, demonstrating their notable skills in the sport as well as their good sportsmanship.