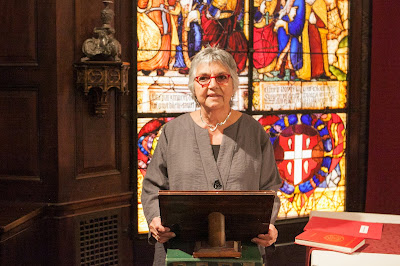 Last week's Spring Gathering began with a Chapel talk given by Stephanie Berardesca, former longtime assistant to Headmasters Hume and Maiocco, and current Assistant to the Board of Trustees.

Stephanie's Chapel honored personal heroes of Saint David's; people who, by embracing their profession and calling, have had great impact on others. One was former teacher Bill Ryan, a humble and erudite man who inspired so many of his students, including a graduate who, years later, dedicated his doctoral thesis to Mr. Ryan because, "he had never had another teacher who had influenced him more than his fourth grade teacher." 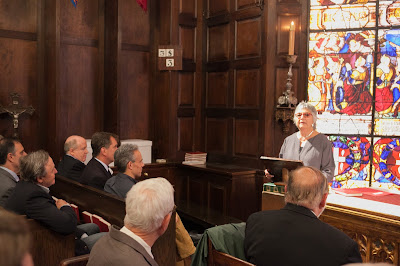 Of our former longtime Chaplain Monsignor Thomas Leonard h' 06, to whom we dedicated the Chapel, Stephanie said: "In Monsignor Leonard’s attitude and commitment, his patience and love for those of us in his flock, I would say that there are probably more than a few whose lives have been personally and deeply impacted by the attention of this one man, and that this impact was felt not only when they were young men, but into their adult years as well." 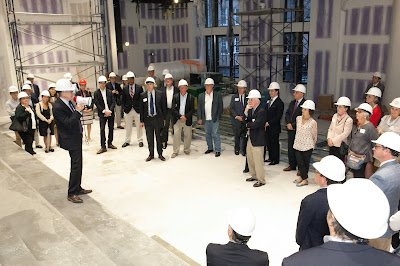 Chapel was followed by a Graham House tour for all of the alumni and alumni parents present. So many of our alumni community were amazed by the new spaces and marveled at how their alma mater was evolving. 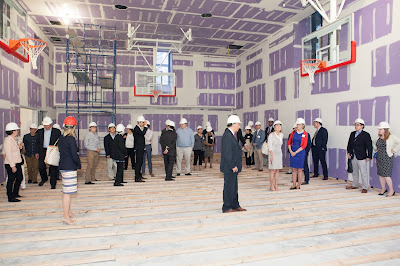 The evening concluded with the Dedication of the Chapel--the heart of Saint David's--which is the only space in our school untouched by the construction project. Msgr. Leonard expressed how joyous it has been for him to serve Saint David's, noted how integral the boys teachers are in their lives, and called upon the alumni present to fulfill the school's mission by effecting positive change in the world. 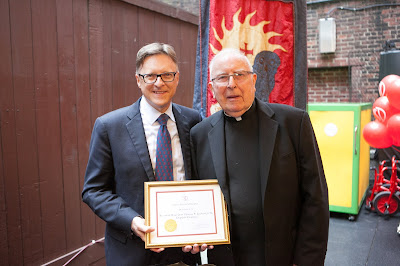 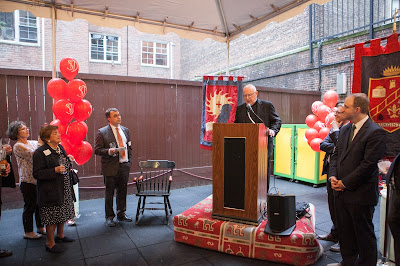 I loved seeing our alumni community together again, and all of the reunion classes, particularly members of our very first graduating class, the Class of 1958, who traveled back to Saint David's to mark their sixtieth anniversary. 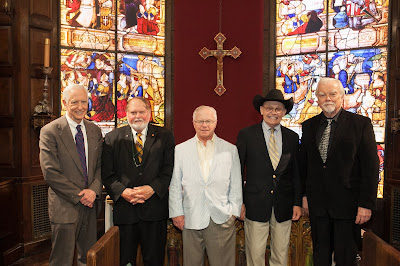 It was an exciting, energizing evening for all of us; a reaffirmation of Saint David's values, and a celebration of the past and future of this great school. 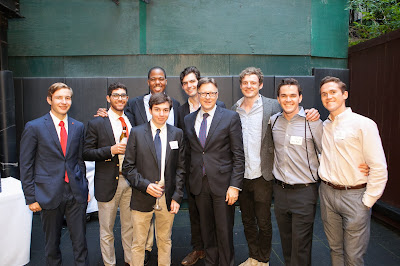