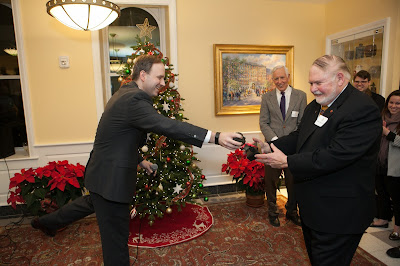 At last night's Christmas Gathering we honored Robert Renner '58 as Alumnus of the Year. Bob, a member of the very first graduating class at Saint David's, has been an active alumnus for decades, a leader of his class, always to be counted on to corral and organize his fellow '58ers for a school event or project. Bob expressed his strong connection to his former classmates (including Ben White '58, who was in attendance) and his appreciation for the education he received at Saint David's. 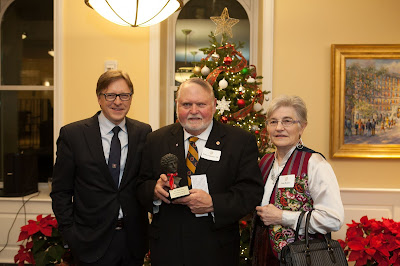 You may recall that Bob and his classmates posed for the cover of the last issue of Saint David's Magazine, as we neared the completion of our consolidation/expansion project. Back in 1953, Bob and a fellow classmate were the driving forces behind the sledgehammer that broke through the wall separating Buildings 12 and 14, marking the school's first expansion and move east on 89th Street. How apt that he be honored at the first Christmas Gathering in our newly expanded school, which now stretches all the way to Madison Avenue. 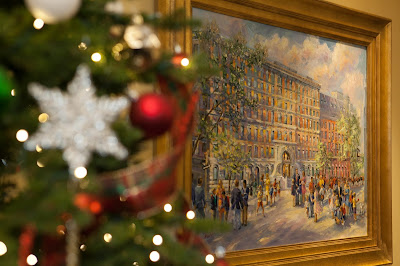 It was a pleasure to recognize Bob, an alumnus with a unique journey in the life of Saint David's School. And, as always, it was gratifying to spend time during the Christmas Season with cherished members of our alumni and alumni parent community. 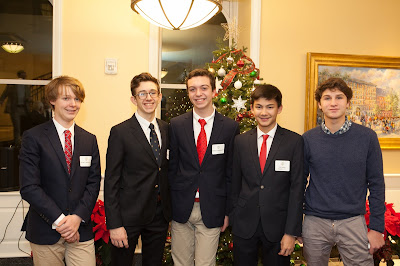 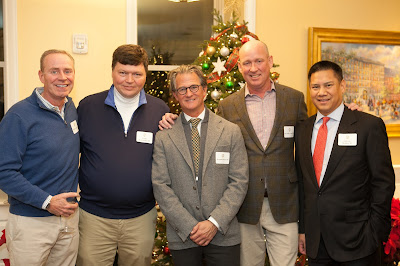