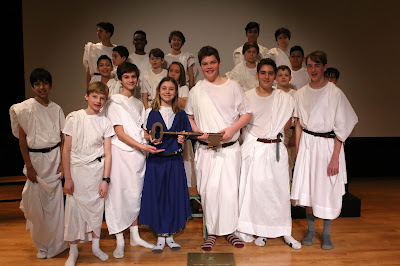 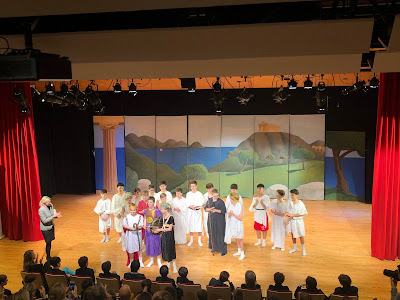 This past week, both Seventh Grade sections presented dramatic performances, in conjunction with their study of Ancient Greece's contributions to the formation of Western democracy and culture. 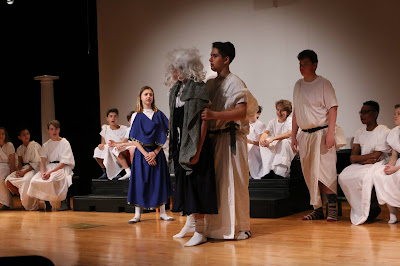 In last week's The Trial of Socrates, 7 Pi provided a historical reenactment of the Greek philosopher's trial, based on the writings of Plato, who was present at the trial. 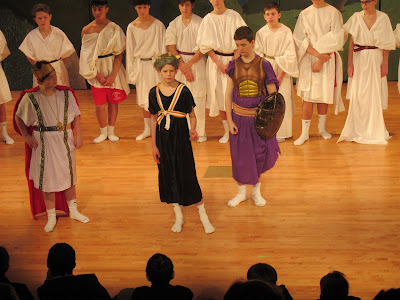 These productions explore the values and moral questions posed by Greek philosophers, who examined humans' relationships with the gods and with each other in society. 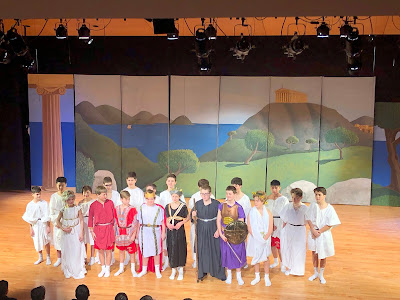 Congratulations to the boys and their directors, teachers Jim Barbieri and Joe Kilkeary. The tradition of the Greek Plays in Seventh Grade was brought to the school by Mr. Kilkeary in 1986 with the production of Sophocles' Ajax. This year, for the first time in Saint David's history, the boys performed in a state-of-the-art professionally equipped theater, our new Otto-Bernstein Performing Arts Theatre, with the entire Upper School and parents able to attend.

What an enhancement to our already strong drama program, which enables our boys to step out of their comfort zones, cultivate empathy, and explore emotions--all essential for their well-being.