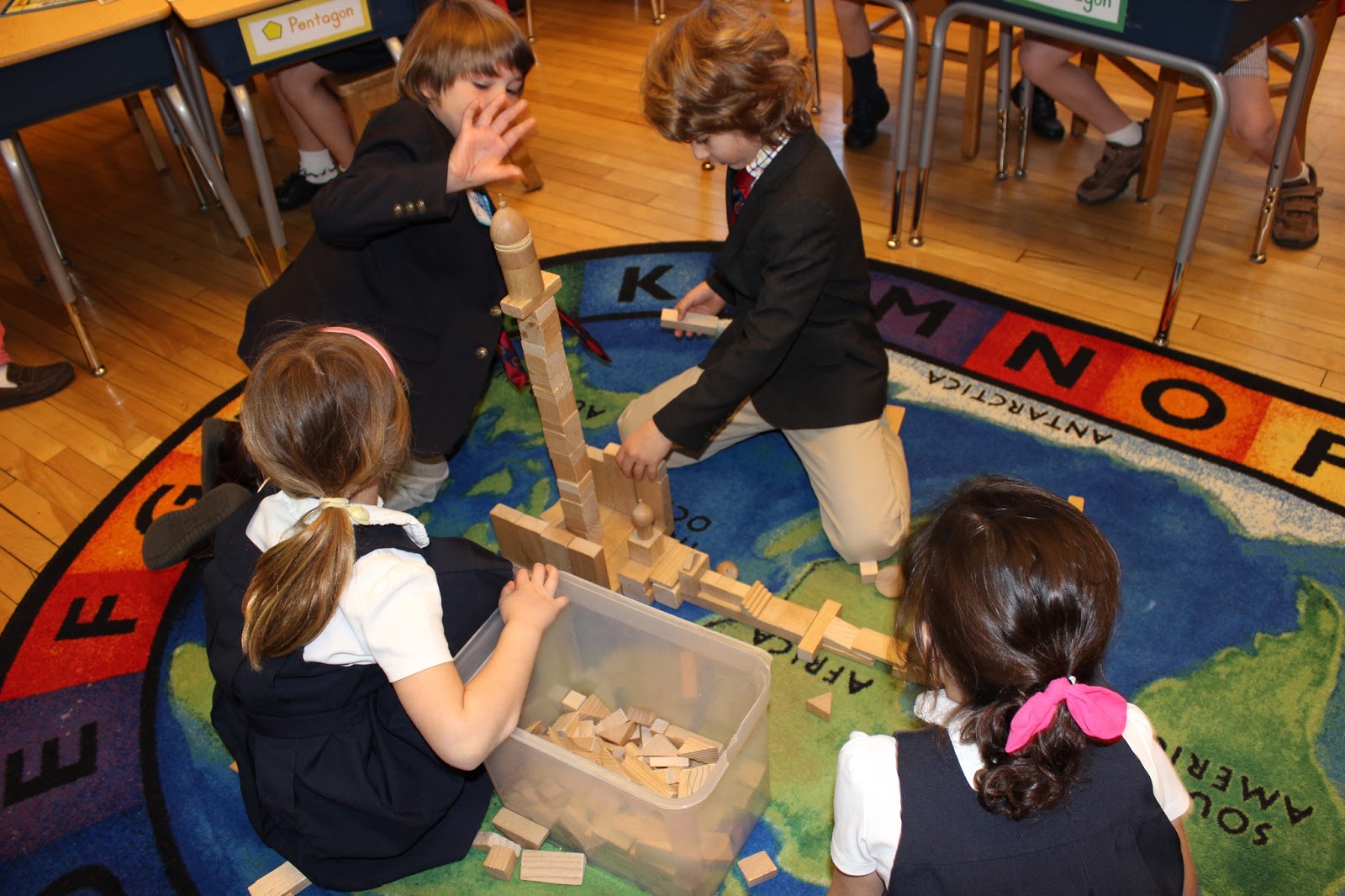 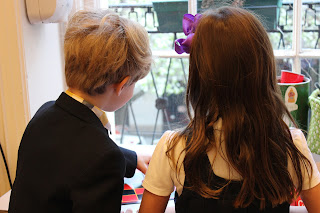 This morning first graders from NBS visited with half the Saint David's first graders; the other half trekked a little north to visit the girls on their turf. Excited, but poised for the adventure ahead, the boys introduced themselves, greeting the girls with a handshake as they entered the classroom.

The activity, a long-standing tradition, is the second in a series of exchanges--providing an opportunity for the boys to practice appropriate social graces, good manners, and build a sense of extended community with girls from a neighboring school.

The children then broke out into small groups to play games and share a snack. In the first photo, you see the boys and girls collaborating to build a replica of the Washington Monument; in the second, a Saint David's boy and NBS girl are playing a game of checkers at the window.


It was a special morning for the boys.