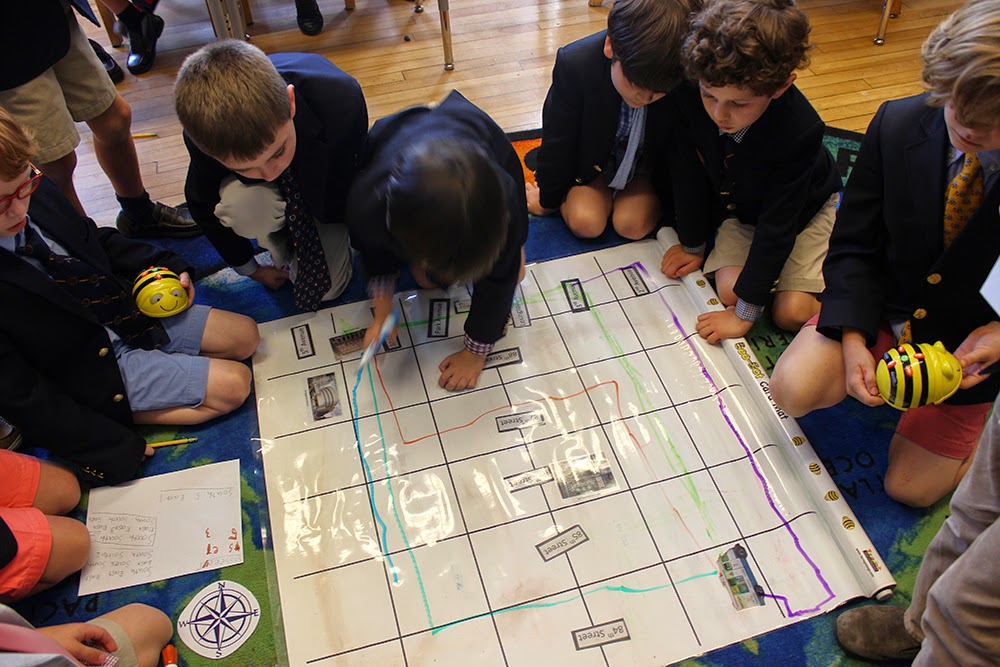 In a social studies unit that melds programming skills with mapping, our first graders are using Bee Bots to plan routes from their school to a variety of destinations.

The first grade boys were first introduced to the Bee Bots this past fall in technology classes, where they learned how to program the colorful robots to move in a combination of basic directions (front, back, left, right) to a final destination.

In a recent lesson, they applied their programming skills to their social studies mapping unit. This time, they were charged with devising a route for the Bee Bots that began at Saint David’s and ended at an ice cream truck parked at 84th and 3rd Avenue, using the compass rose directions of North, South, East and West. The activity involved strategizing in teams, plotting a route on paper, programming the Bee Bots, and then testing their Bee Bots in action on a grid map. 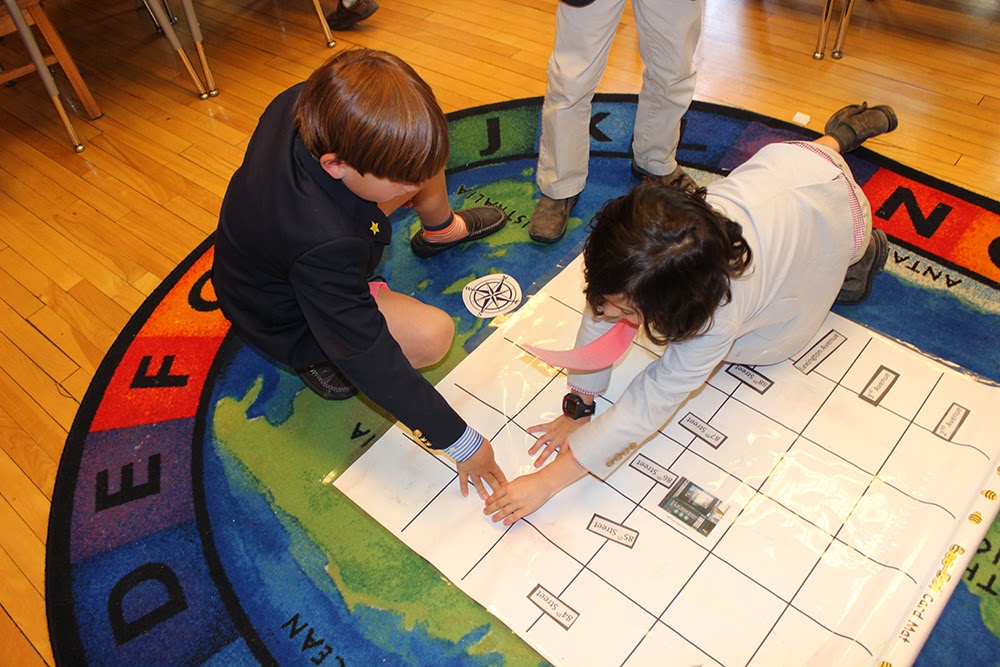 Later, the boys will move on to mapping out a route from school to the Metropolitan Museum of Art, which they will actually take later in the spring.

As part of this unit, they will also visit the observation deck at the Top of the Rock where they will apply their knowledge of landmarks, geography, and mapping.

In this rich unit, which focuses on the landmarks and geography of New York City, we go far beyond teaching facts to our first graders. Instead, we engage them on a deeper level as we ask them to literally get down on the floor — as well as up in a skyscraper — to think critically, test actively and analyze carefully. 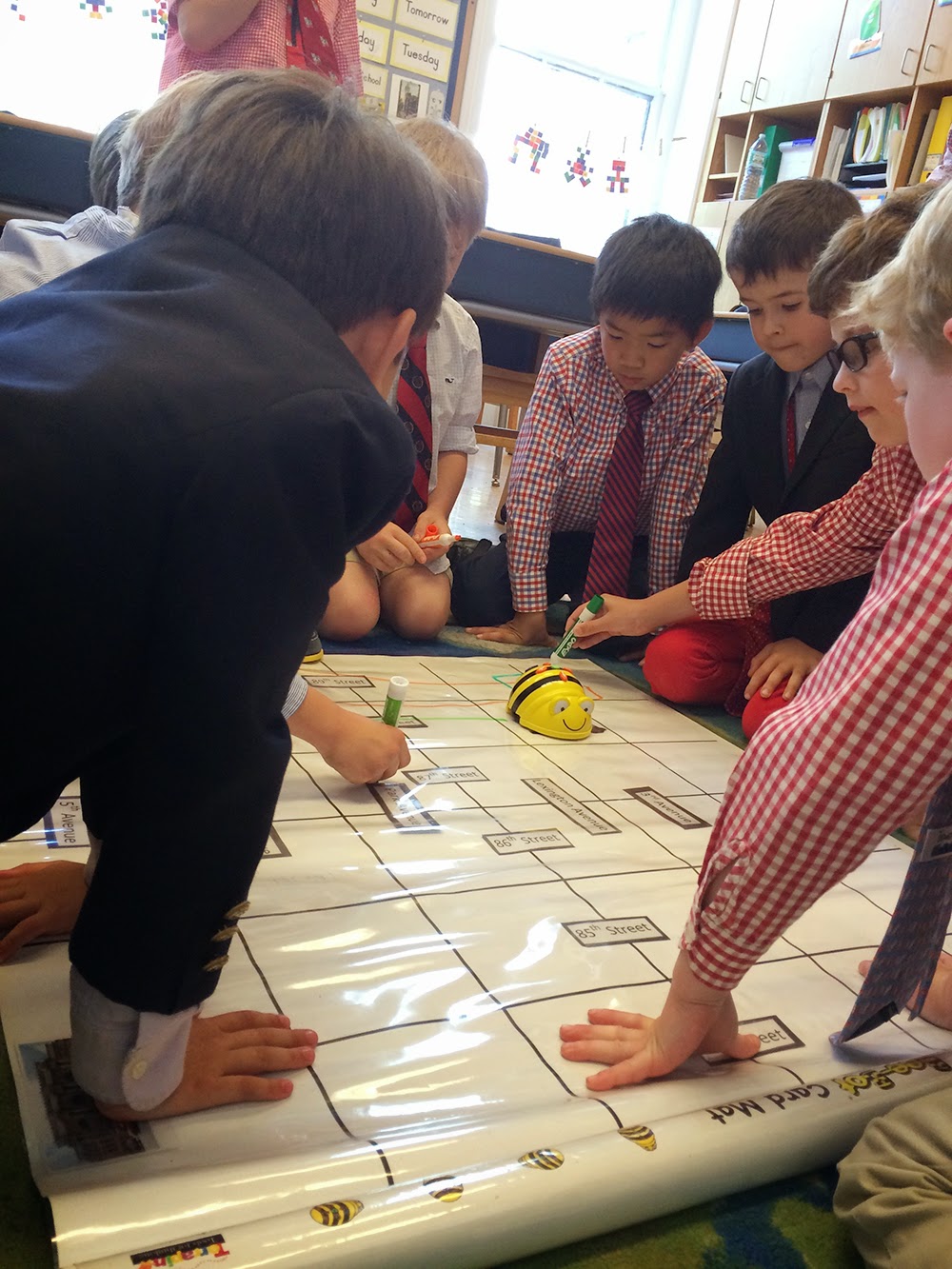