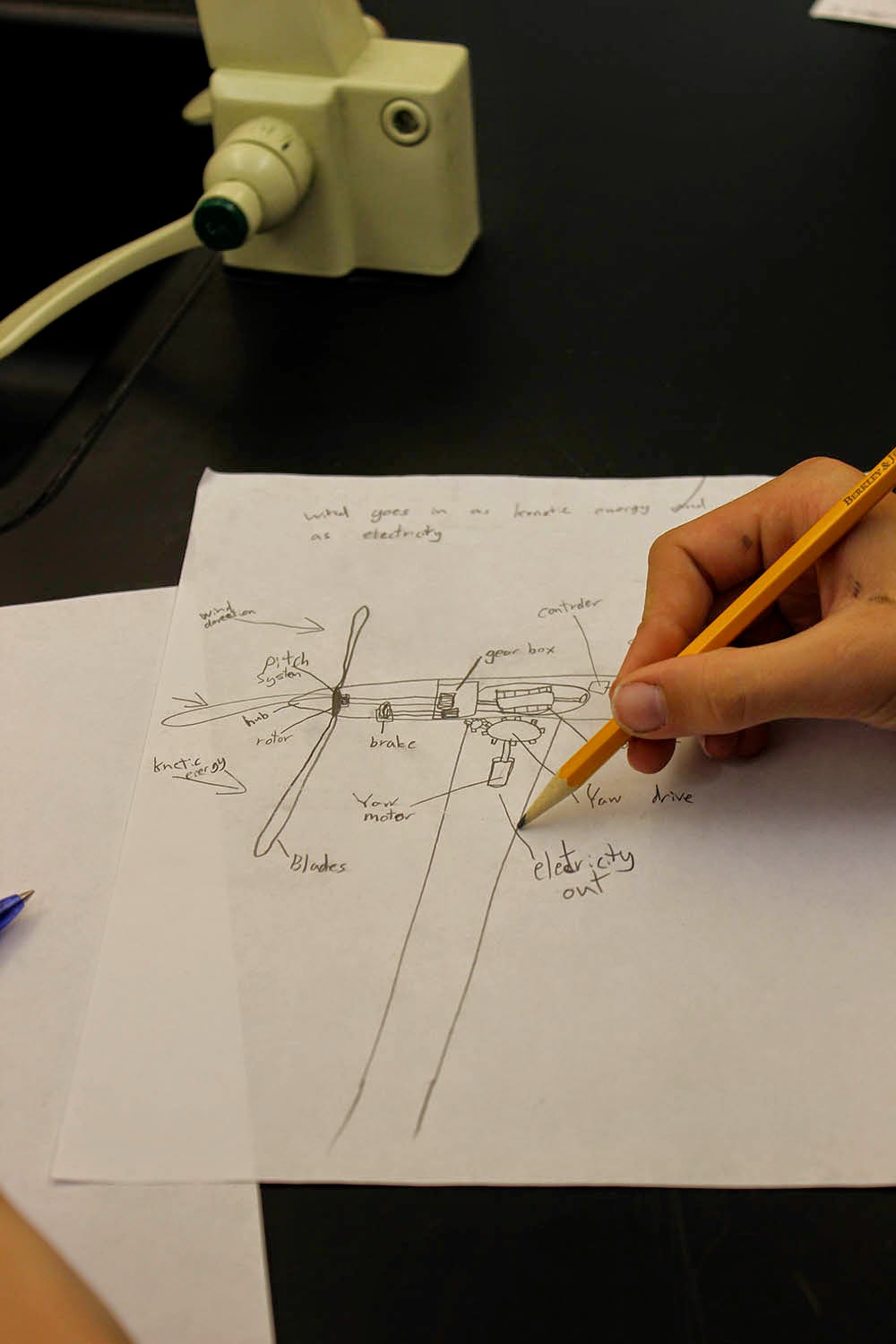 Boys in fifth grade are building wind turbines in a series of STEAM classes. In a session earlier this week, they drew diagrams of wind turbines, identifying the key components needed in order to generate electricity.

This was followed by a discussion on kinetic energy, gears, and what is needed to move electrons at sufficient speed in a circuit.

For the remainder of the class period, they experimented in small groups, with various size gear combinations as a first step to building their own turbines.

Today, using a fan and a multimeter which measures voltage, they observed the amount of current generated by rotors (blades and hubs) that varied in five areas:  length, material, number of blades, tilt or pitch, and shape of the blades. (See photo, below, and video at bottom.) 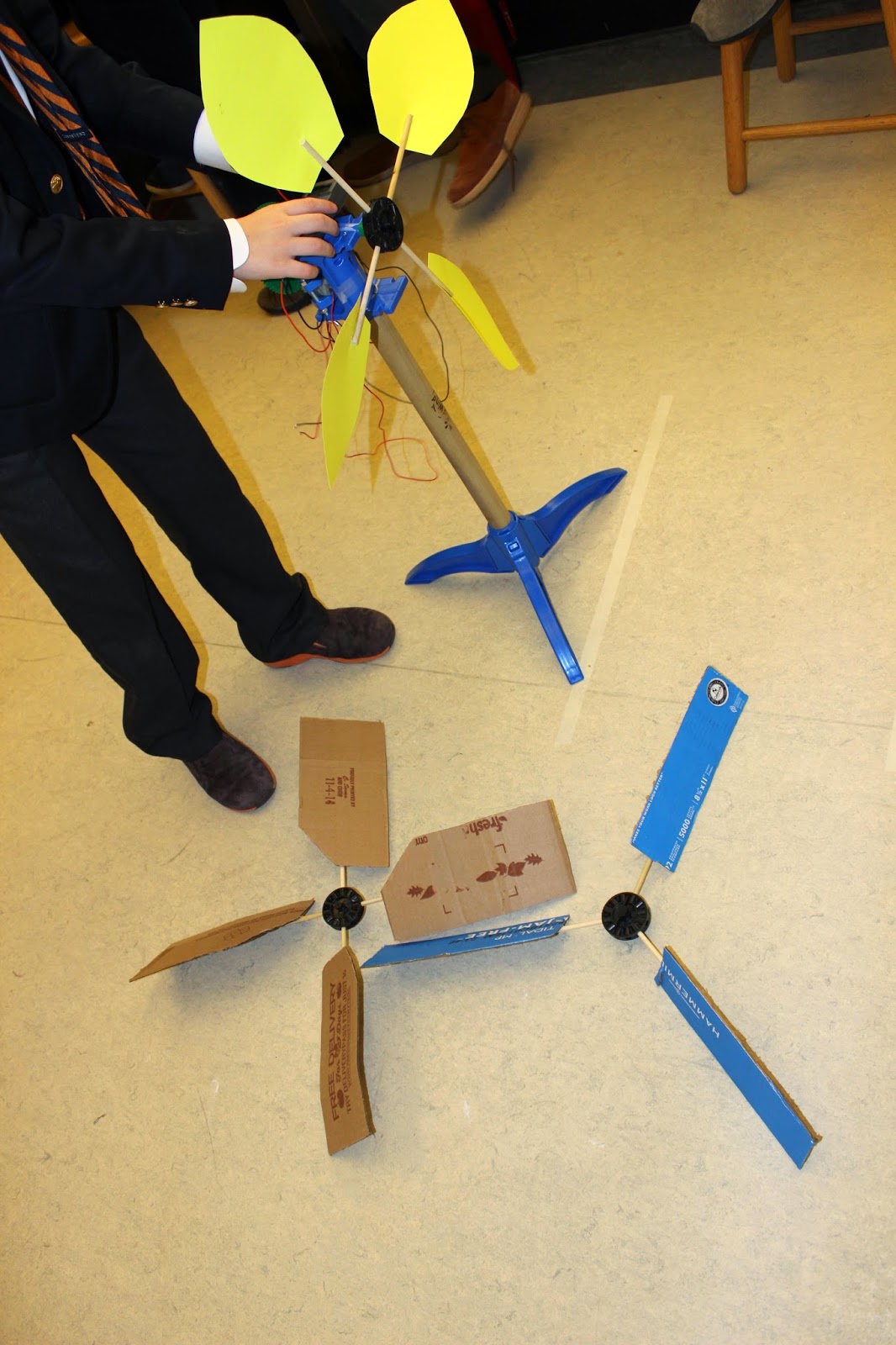 This involved some problem solving: For one of the rotors, the blades were too large and created friction, slowing down the spinning. To address this, one boy suggested moving the rod forward to increase space for the blades to spin in.

Next, they will move from observation to experimentation as they work in teams, picking one of the five variables to change and test, while controlling for the other variables.

They will report back on their team’s findings and the class will use the data to then build the best rotor for their wind turbines.

One boy in the team that will test the effect of the number of blades (6 being the maximum) hypothesized, “I think 6 will be the best rotor, because more blades will catch more wind.” 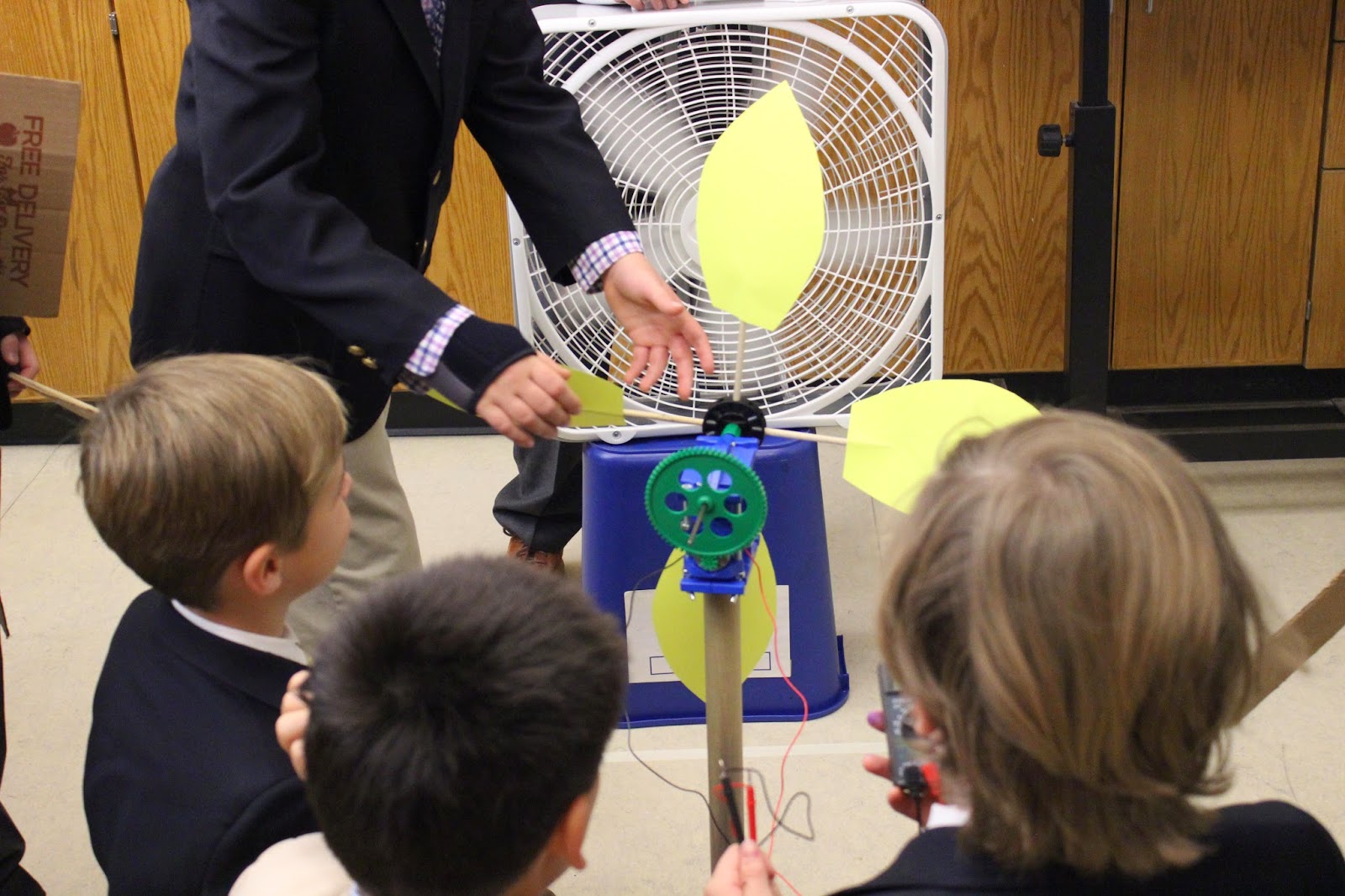 Each boy in the room was excited and thoroughly engaged, and it was clear they were enjoying their work. As one put it: “This is a really fun unit. I like doing experiments, trying things out, and finding what happens.” Another commented, “I like that we are actually making something.”

"Trying things out" via trial and error, and using the results of the scientific process to create something tangible and useful, is a focus of our STEAM program which stresses problem solving skills.