Young Alums Back for Chapel and Thanksgiving 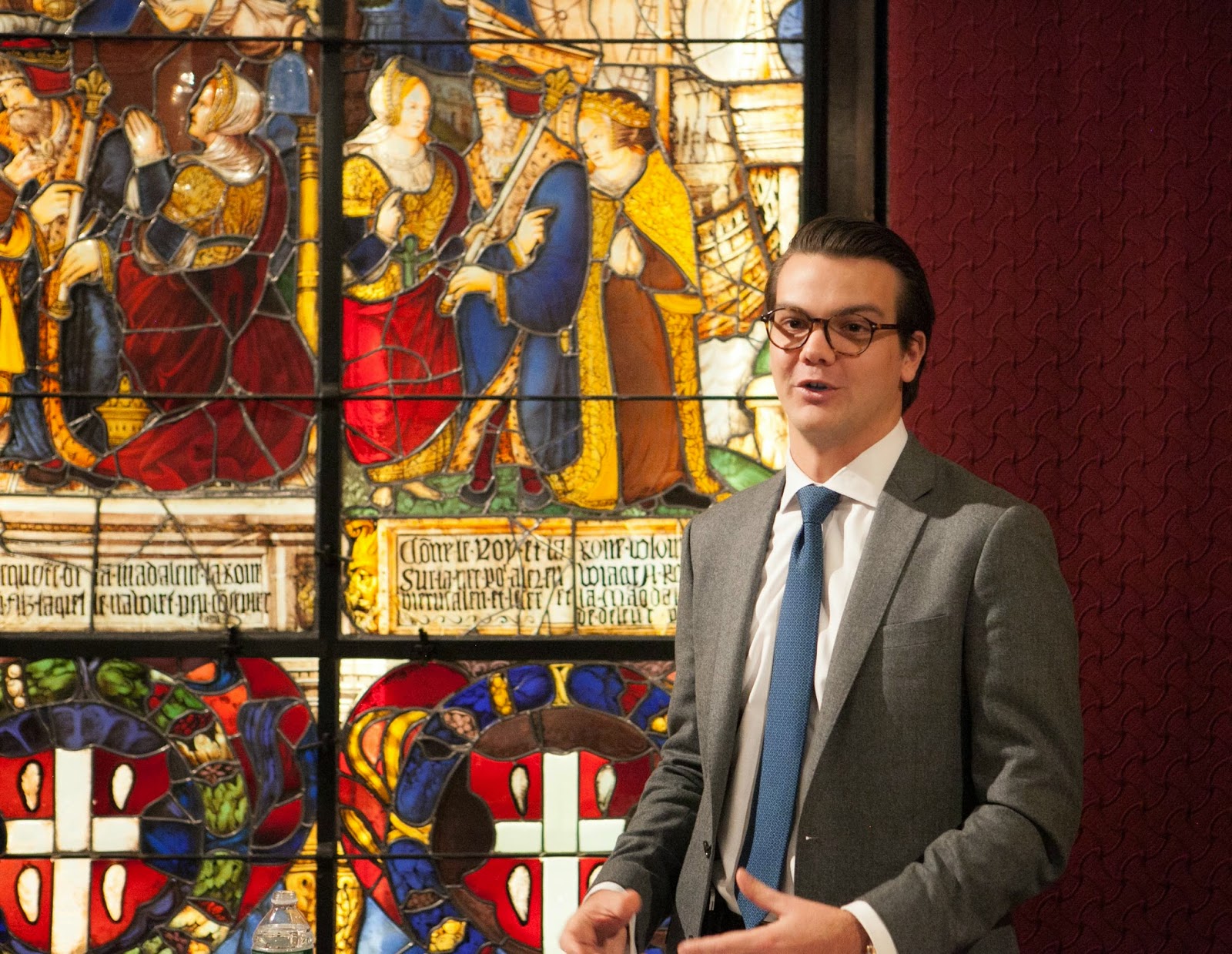 Yesterday evening was one of my favorite school events, our annual Young Alumni Chapel and Dinner. For this pre-Thanksgiving event, our high school age alumni join our current eighth graders for a Chapel talk, given by a young alum, and then gather for dinner in Hyman Hall. This year the Chapel was packed with boys and faculty, more than 200 present.

Ben Singleton '05, a graduate of Regis and Yale, gave the Chapel talk. He addressed the boys about how he decided upon a career in law enforcement, which began shortly after college in the District Attorney's Office and has led him to the NYPD, where he soon will enter the Police Academy. 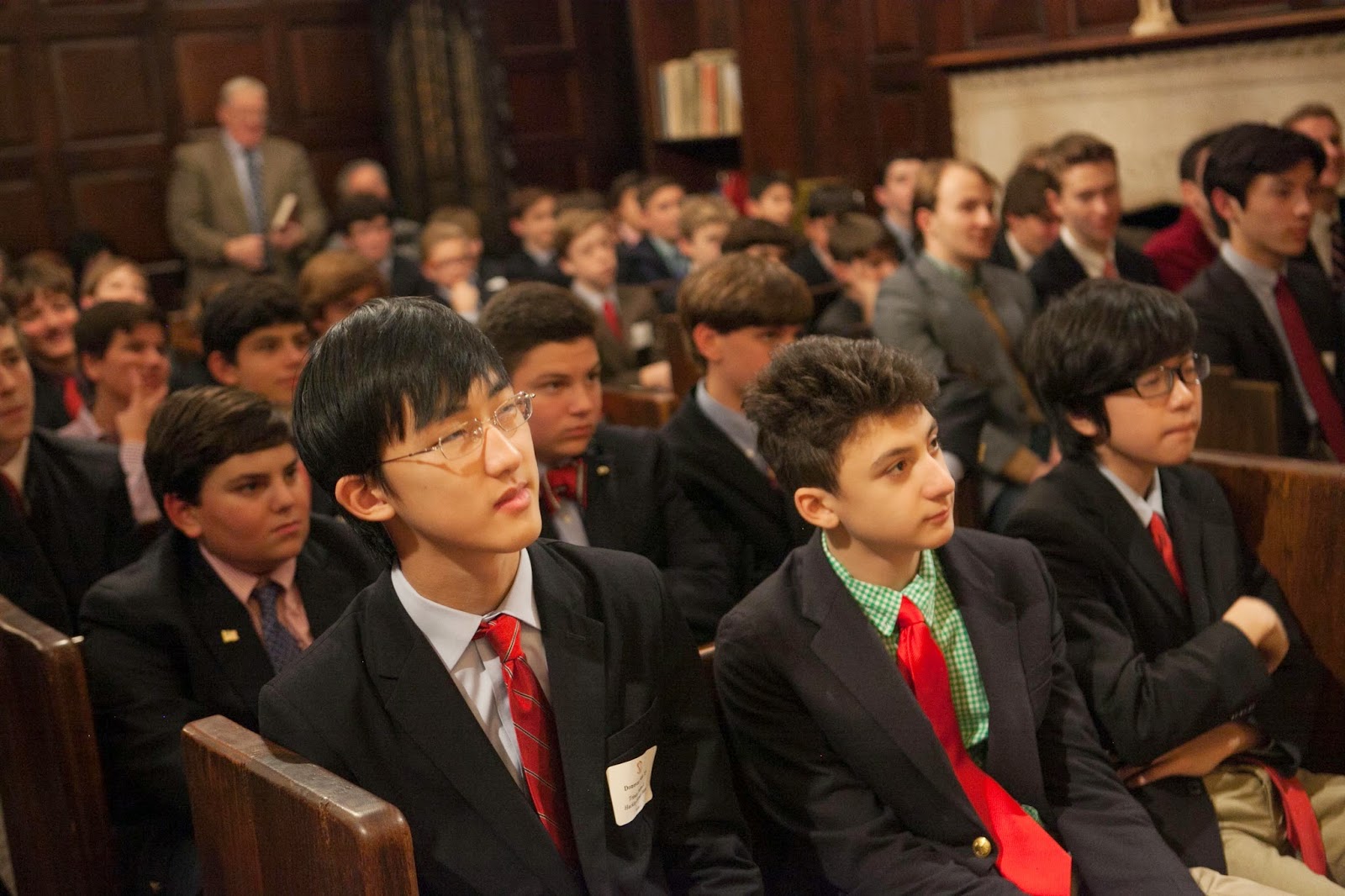 Ben described how he came about finding his passion not through a sudden bolt of inspiration, but rather through much reflection, and by exploring what he was curious about in school.

"The police department was not where I would have expected to be," he said, "but I realize it was inevitable." His message to our boys: "Give yourself time to reflect, to develop your interests, and passions." He noted the creativity of the curriculum at Saint David's when he was a student here in projects such as ARCO, which are open-ended, and how those types of academic experiences are helpful in determining your life's work.

During the dinner, Frank R. '14, last year's Student Council President, presented a check to Cheryl Anderson of Save the Children for our continued support of the Saint David's Kalina School in Ethiopia, which opened in June, built through funds raised by our boys. Frank and his class's student council had led the entire student body in a fundraising effort all last year, the fourth class to do so in support of the Kalina School.


In fact, all four of the Student Council Presidents whose classes raised funds for the school were present last night as was Mimi O'Hagan, whose organization, Mimi's Building Blocks, was our partner in the project. As we watched a short video on the Kalina School, I was so proud of all of these boys, whose efforts on several fundraiser projects have made the Kalina School a reality. 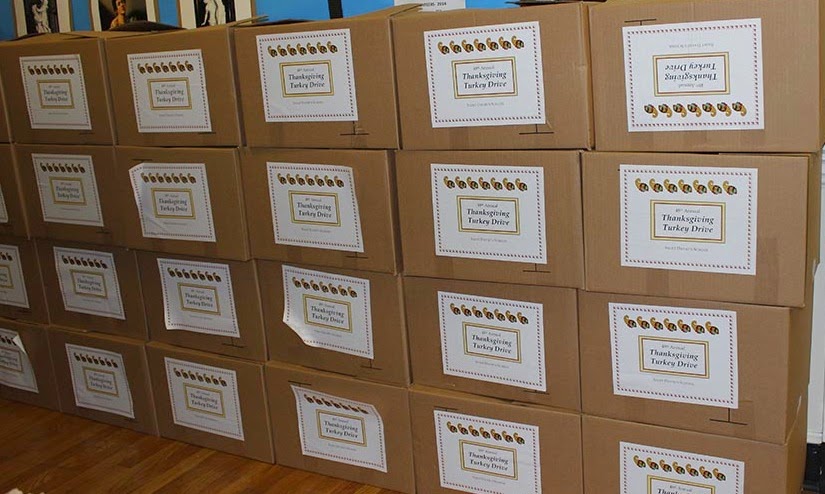 Thanksgiving is a special time at Saint David's: our school-wide Thanksgiving Food Drive, our oldest community action project, is always a huge success, providing full meals to our neighbors in need. The boys have worked hard throughout November, selling pies, collecting cans, and boxing the meals.

As a community, we have much at Saint David's to be grateful for; through our work for the greater good both in Ethiopia and in our backyard, we give back.