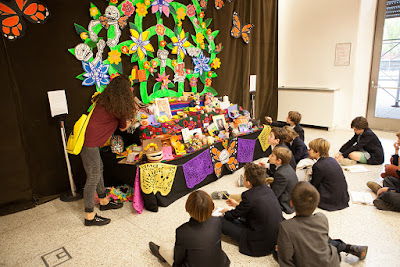 The exhibit consisted of several traditional Día de los Muertos (Day of the Dead) altars, a Mexican tradition representing the fusion of the Catholic celebration of Christian triduum of Hallowmas: All Hallows Eve, All Saints Day and All Souls Day with indigenous observances dating back hundreds of years. They were also introduced to La Catrina, a grandly dressed skeleton that symbolizes Día de los Muertos and the cycles of life and death. 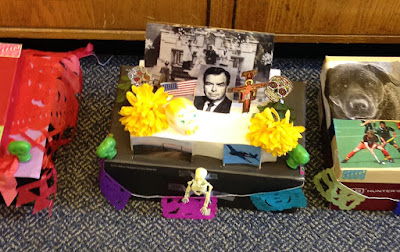 During Día de los Muertos, families and friends gather to pray for and remember loved ones who have died. The celebration takes place on October 31, November 1, and November 2 each year.

Through this afternoon visit to the Museo the boys were able to expand upon what they have learned in Spanish language classes.

As part of an enrichment project, they made their own altars in memory of loved ones lost, using traditional Día de los Muertos decorations as well as their own decorations to make each altar unique. 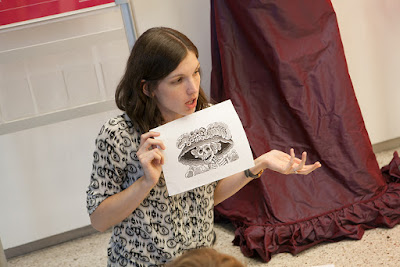 The study of Spanish culture is woven into all of our Spanish immersion classes at Saint David's. Understanding the culture behind a given language is vital to mastery of the language itself and is also one way we prepare our boys to be global citizens.

Proximity to cultural institutions such as Museo del Barrio enables us to enhance and deepen our boys' learning through interactions with experts in the field. 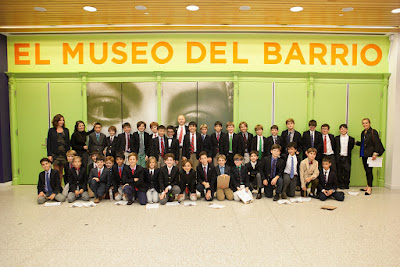