We caught up on all the goings on, including the second Saint David's boy in a row to win the prestigious Humanitarian Essay Award at Riverdale, George.

The boys were in high spirits.

When I returned to school, two from Fordham, Sam '15 and Nathaniel '15, dropped by to say hello and one from Regis, Skakel '13.  They too were full of stories and exciting experiences to share. 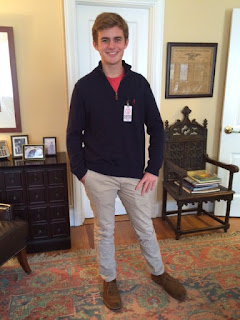 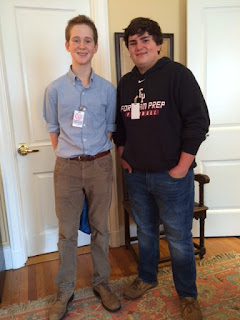 It was great to see them.