Connecticut in the Rain 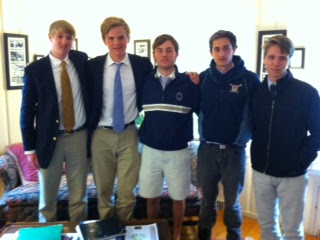 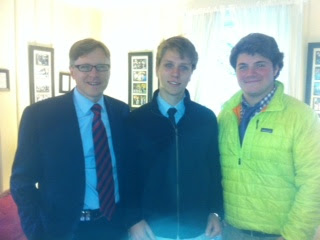 Although a rather wet and miserable day, we left Saint David's early this morning and drove north to visit alums at Hotchkiss and Kent.  Arriving first at Kent, we dropped in on John and Robert '11, Alexander '10, and Inigo, Charles and Tiller '08.

With the impressive representative spread we have at Kent--2 freshmen, a sophomore, and 3 seniors, we were able to gather extensive feedback from the boys regarding their transitions to high school, suggestions on strengthening Saint David's, and the traditions they would never want to see change at their Alma Mater.

Tiller, who is proudly serving Kent as Student Body President, flying the Saint David's flag high, is serious about Trinity for college; Inigo, George Washington, and Charles will be spending a Gap Year in Nepal with the study abroad program "Where There Be Dragons". The boys were candid and frank in their conversations today--something we found both stimulating and productive.

After Kent, we completed the short jump a little further north to Hotchkiss to catch up with Freshmen Briggs '11 and Brent '11; Sophomores Brophy '10 and George '10; Junior James '09; and Seniors Roland '08, and Peter '08. Over lunch we enjoyed listening to Briggs' and Brent's accounts of life at Hotchkiss and their transitions to high school. We also learned that James played mid-field on Hotchkiss' New England Championship winning soccer team this season and that the boys are enjoying all aspects of life on campus. Between them, the boys were playing squash, wrestling, tennis, and soccer.  They were clearly happy and engaged. 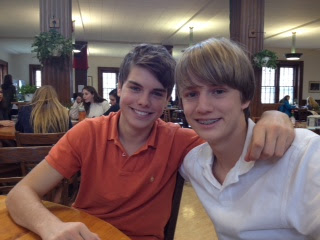 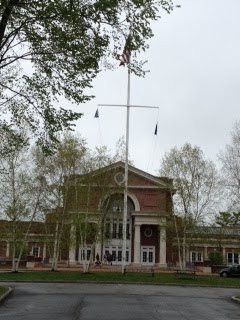 Saint David's is well represented in north-western Connecticut. On an otherwise cloudy, wet day in the State, Mr. Imbelli and I found its brightest spots.