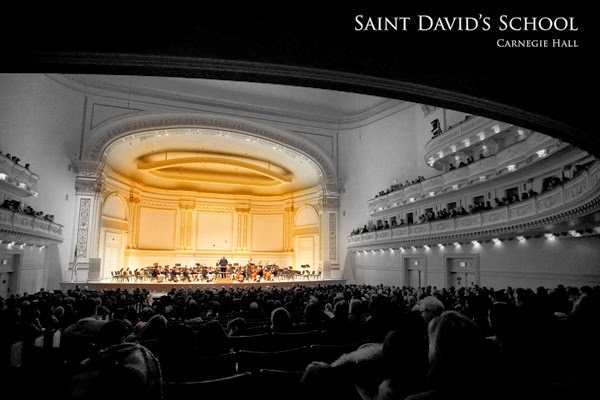 A Sunday afternoon performance at Carnegie Hall! The event that our Philharmonic Ensemble had been rigorously preparing for since September arrived yesterday.  It was spectacular.

Saint David's Philharmonic Ensemble took to the renowned stage with a confidence that comes from talent, preparation, and passion, giving spirited interpretations of works by Handel, Vivaldi, and Gliere and closing with the always popular theme from Mission: Impossible.  They may have been the smallest in literal height and ensemble size that took the stage last night; but they sure made up for it in quality and tightness of performance. 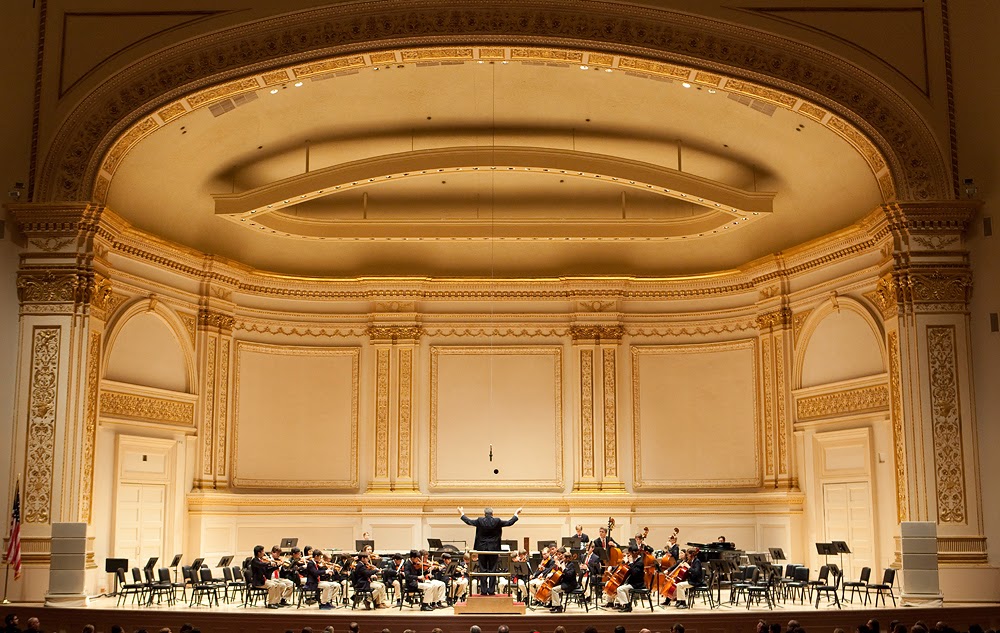 I was proud of our boys and the alumni that joined them; they represented their school with distinction. A special acknowledgement goes to Ensemble Director Philip Hough, who has been inspiring and guiding the boys all year. 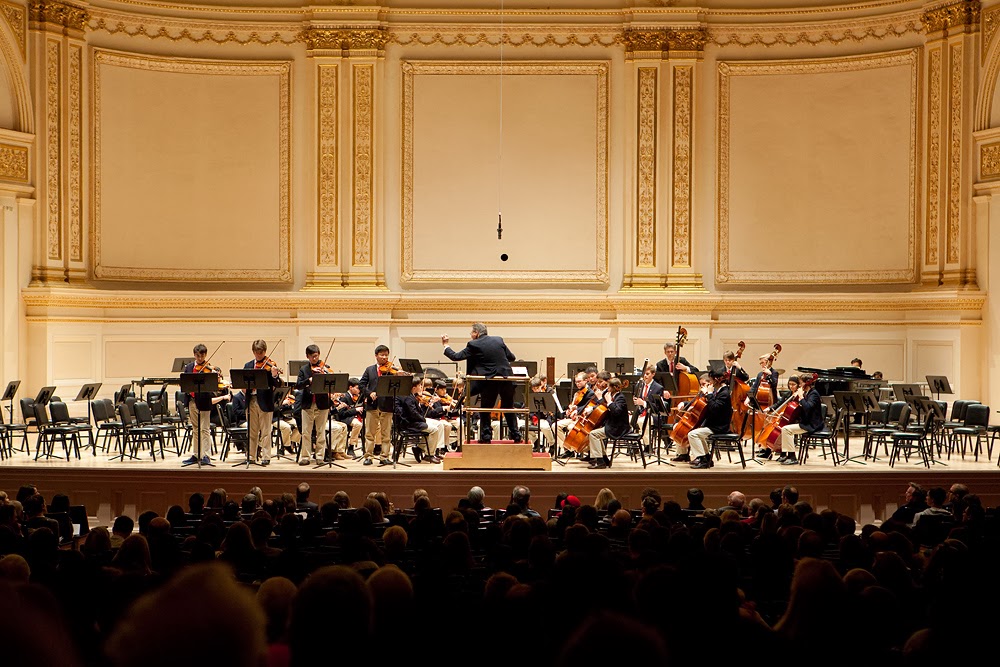 The Festival of Orchestras at Carnegie Hall occurs every three years and includes stellar performances by the Middle and Upper School Orchestras of Brearley, Collegiate, Rudolf Steiner, UNIS, Packer Collegiate, and Saint David's.

Several of the boys had to leave the reception following the performance early to play hockey for Saint David's.  From the stage of Carnegie Hall to the ice of rinks of New Jersey--Saint David's boys can cover it all!