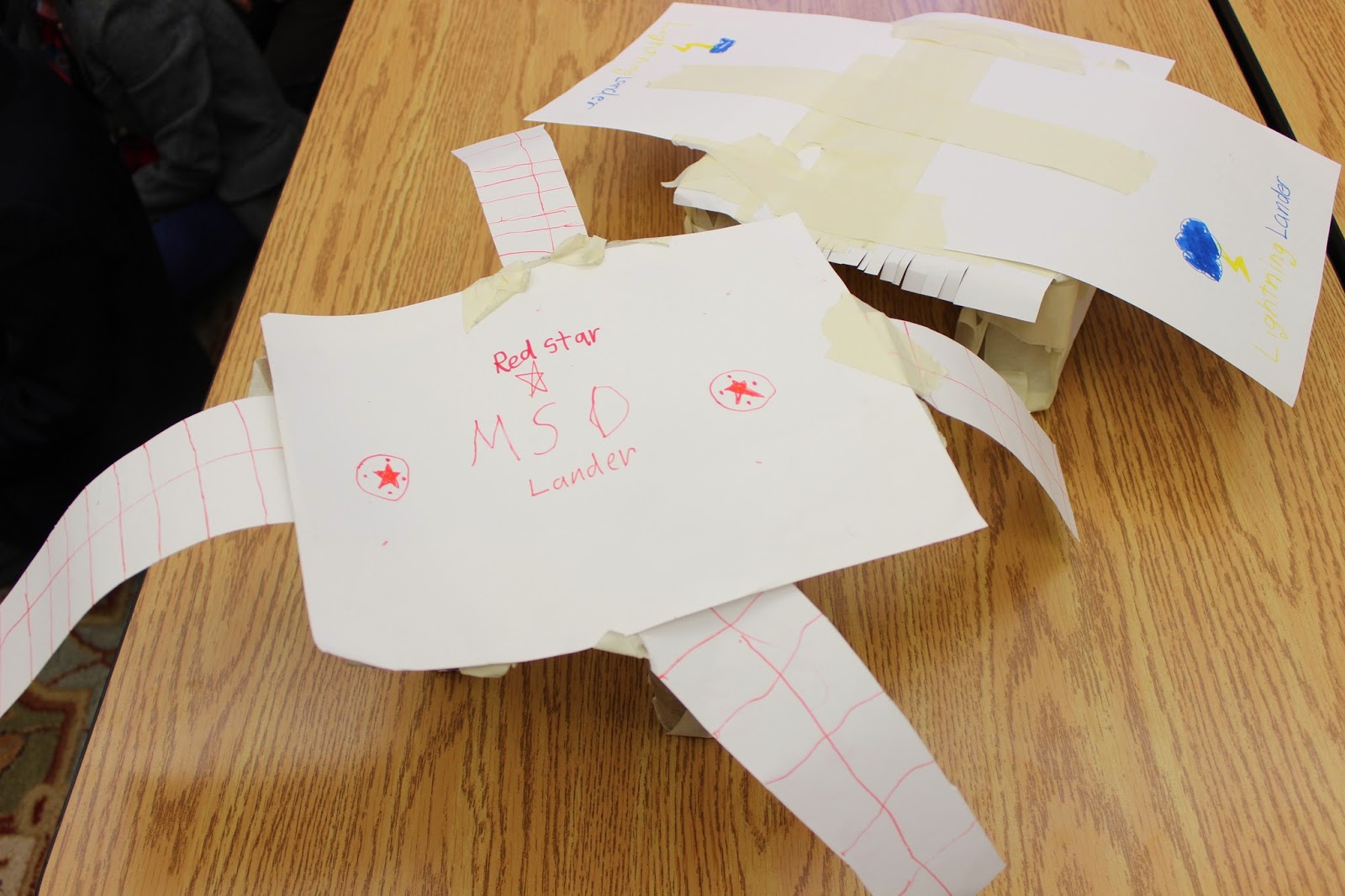 Our second graders have been on a mission, "invited by NASA" to design a prototype lander "Philae II" which could successfully land on, and explore, a comet.  In math and science classes, the boys had  learned about the European Space Agency's success with the Rosetta spacecraft and its 220-pound lander, Philae, which harpooned itself to the surface of a comet last month, allowing for the first extended close examination of a comet.

Designed to operate through 2015, Rosetta and Philae will make observations as the comet makes its nearest approach to the sun a little more than a year from now, at 115 million miles, still outside of the orbit of Earth.

Our boys were tasked with building a second generation lander, which would explore a different comet.

Working together in teams, the boys had free rein to come up with ideas about how to build successful probes using the following items: paper towel rolls, masking tape, measuring tape, and cardstock paper.

Today the boys tested their various models by dropping them on the surface of a mock comet, which included such potential obstacles to landing as black holes, lava, and plateaus, and discussed why certain designs made successful landings on the comet's surface, while others did not (see successful landing in clip, below).

This project is an example of how we combine math and science learning in active and tangible ways. For math the boys needed to measure lengths, use appropriate tools strategically, classify events according to duration of time, and be precise when making calculations.

In science they learned how scientists and engineers work together, how engineers work to solve problems, and what helps objects fly and land softly. They also came to realize that engineering design is an iterative process, involving repeated rounds of analysis and testing.