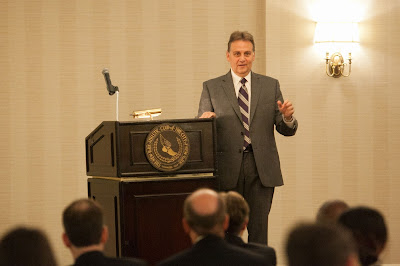 On Tuesday, current parent Richard Coraine, the Chief Development Officer of Union Square Hospitality Group, was the featured speaker for Saint David's Networking Event, which was held at a local club in midtown.

Richard's talk focused on how to manage people and the importance of viewing your client with knowledge and respect. "Hospitality is a dialogue," he noted, and relayed the story of how the Union Square Cafe, rated as a good restaurant with good food and good service in 1985, rose to the status of the most popular restaurant in 1997, according to Zagat. 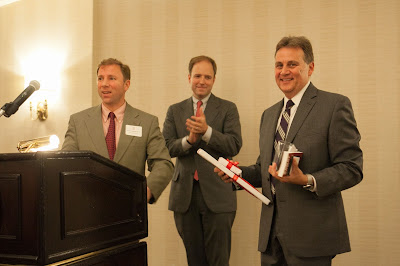 Richard attributed this to the customers' experience. "The rating came about because people felt known and well regarded," he said, stressing the important role that superior staff members play.

This important advice is summed up in his quote from Maya Angelou, which emphasizes how vital it is for a business to build positive relationships with its customers: "People will forget what you said, what you did, but never forget how you made them feel." 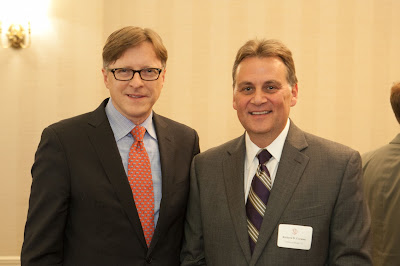 The dynamic and engaging presentation left all present with much to think about vis a vis the importance of this aspect of the business-client relationship, as people make decisions based on how they feel. We thank Richard for his generosity in sharing his wisdom with us.

The Saint David's School Networking Event, organized by the Alumni Council led by Arthur (Sam) Samuels '84, provides the opportunity for all in our community to network together and support each other.