The 20th Century in 50 Minutes 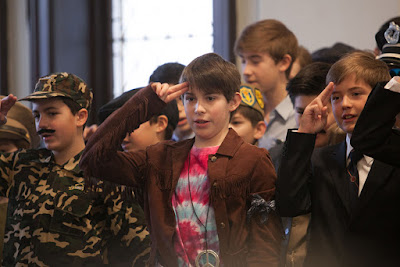 Last week, the sixth graders performed "For Though They May Be Parted" an original play with music about the defining events of the last century, as portrayed  through the experiences of two fictional siblings.

In it, the boys sang songs evocative of the era, from "Brother Can You Spare a Dime" to "We Didn't Start the Fire" and delivered excerpts of famous speeches, including those by Franklin Delano Roosevelt,  John F. Kennedy, Martin Luther King, and Ronald Reagan. 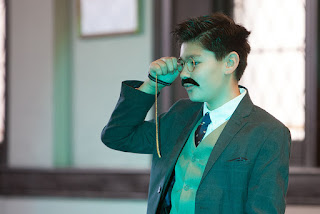 The performers did a great job, delivering their lines with conviction, and singing from the 20th century songbook with passion and gusto.

The show kicks off the sixth graders' interdisciplinary study, which we call "The Twentieth Century Kaleidoscope," in which the boys examine the events of the century through a variety of perspectives, using multiple primary sources including iconic songs, poems, and historical documents.