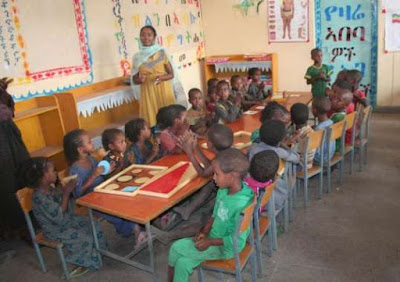 I would like to share the latest developments at the Saint David's Kalina School in Tigray, Ethiopia.

This past academic year a new Early Childhood Care and Development center (ECCD), which includes a dedicated block of two rooms and an outdoor playground, opened for boys and girls ages 4-6.

The ECCD provides young children with an opportunity to prepare for their primary school years. It also educates mothers in early literacy development and healthy child care practices. 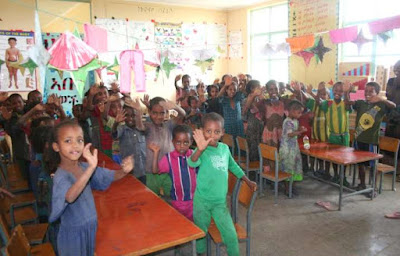 The ECCD center joins the Saint David's Kalina School, which officially opened in 2014 after 3 years of fundraising projects by Saint David's boys.

A recent report by Save the Children, our partners in the project, had this to say about the sustained efforts of Saint David's boys: Because of your support for the ECCD center, preschool girls and boys will have learning opportunities that will provide them with a vital foundation so that they can enter the Kalina Primary School well-prepared and ready to learn. Through the quality ECCD programming, you are providing hope for the future and putting young, disadvantaged students on a trajectory to give back to their families, to their community and to future generations. 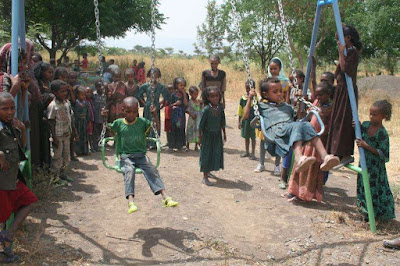 We remain committed to the development of Saint David's Kalina School, as our boys continue to raise funds to build a middle school.

This project is particularly meaningful because it involves elementary school children working to provide education to same aged peers in need. It was born from our desire, during Saint David's 60th anniversary, to embrace a project for the greater good that would be long-lasting and entail the sustained efforts of our boys.  It is the Saint David's mission alive in the world!