No Such Thing as Vegetables 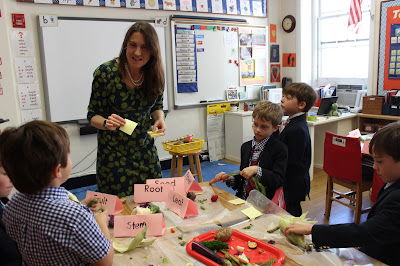 Second graders are learning that vegetables don't exist! (At least not in botany). 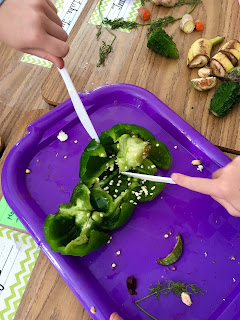 In a recent class, the boys were given produce considered vegetables, such as carrots, peppers, broccoli, and corn. The boys sorted through and dissected the pile of plants and used their observational skills, their senses, and what they've learned in science to determine whether the foods were roots, stems, leaves, flowers, fruits or seeds. 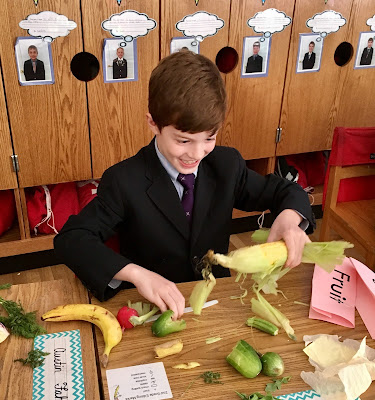 After classifying each plant, they had to explain why it met the criteria for the classification.  For example, they learned that properties of a fruit include containing seeds, mushy parts, and tasting good. 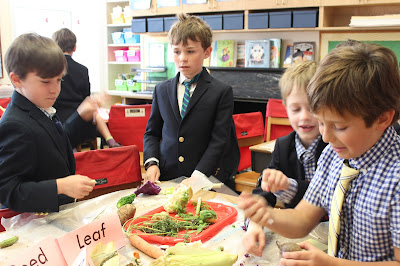 Fun, hands-on science classes like this one respond to our young boys' natural curiosity about their world. They also build and strengthen the boys' ability to pose scientific questions, make careful observations, gather and analyze data and to draw conclusions based on evidence.