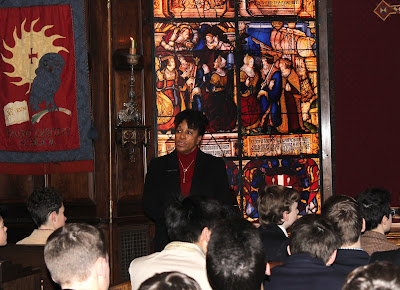 Our school's eighth year of fundraising for Saint David's Kalina Primary School in Tigray, Ethiopia, kicked off last week with a Chapel given by Save the Children's Cheryl Anderson to our seventh and eighth graders.

Saint David's partnered with Save the Children during our sixtieth anniversary year to build an elementary school for the boys and girls in Kalina, who at the time had only limited open air dass education available to them.

The project was initiated as an apt way for our elementary school to give back, and act in service of the greater good through a long term commitment to the education of the children of Kalina.

Through each successive year of fundraising, led by the eighth graders and their teacher Tom Ryan, our boys have spearheaded projects and raised funds that have resulted in the construction of a complete K through Grade 8 elementary school, an early childhood and development center, separate latrines for boys and girls, and a water point with in-school drinking and hand-washing facilities--vital in this drought prone area. 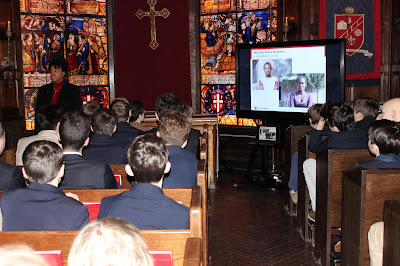 Ms. Anderson spoke to our boys of the importance of their work, noting how 802 students are now able to attend the school. She also shared the experiences of two of the students, a boy and girl, both now in the eighth grade at Kalina; and how the school has given them a chance for a better future. 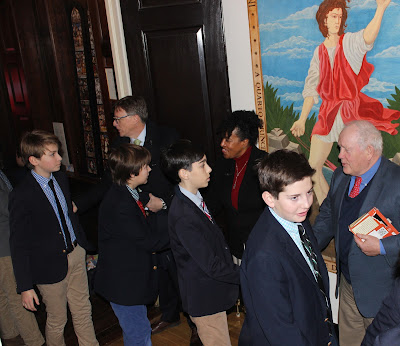 The boys left Chapel excited to continue their commitment to our Dollars for Ethiopian Scholars project, and to raise money this year for additional resources and improved facilities for the school's older children.