Inspired by Playwrights of Ancient Greece 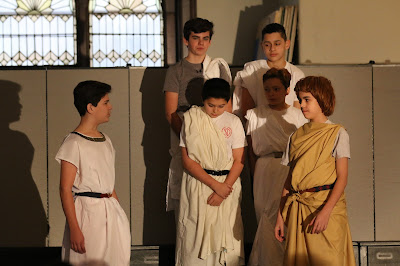 Our seventh graders recently put on plays related to their year-long, in-depth study of the ancient Greek and Roman civilizations. 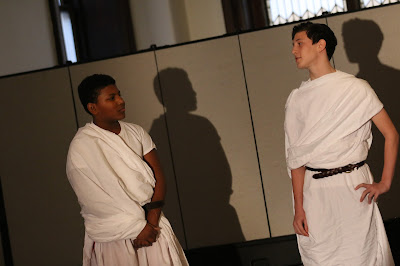 Seven Theta presented information about ancient Greek theater, as well as scenes from four plays: "Agamemnon" by Aeschylus, "Antigone" by Sophocles, "Medea" by Euripides, and "The Clouds" by Aristophanes. 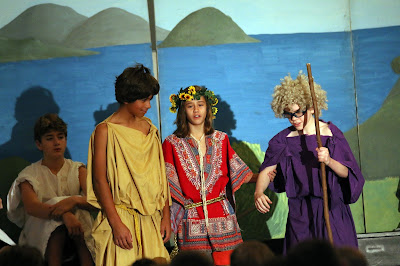 Seven Pi performed "Oedipus at Colonus" by Sophocles, part of the playwright's Oedipus Triology, which also includes "Oedipus the King" and "Antigone." 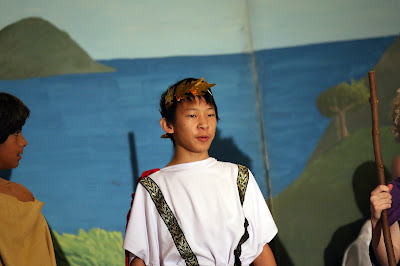 The Seventh Grade Play tradition enables our boys to explore universal and timeless themes that the ancient Greek playwrights tackled such as fate, power, morality, and human beings' relationships with the gods and with each other. It is also an opportunity for our young thespians to indulge in some serious and comedic acting. 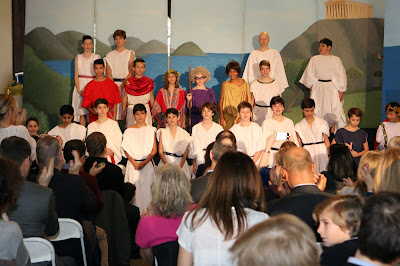 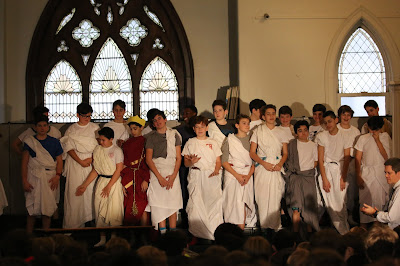 Both performances were so well executed; congratulations to all of the boys and to their teachers, Mr. Barbieri and Mr. Kilkeary. This year's performances took place in our temporary "auditorium" -- the Rochester Room at St. Thomas More.  Next year, they will hail from the stage of our brand new Performing Arts Center.