An Evening Tour at St. Patrick's 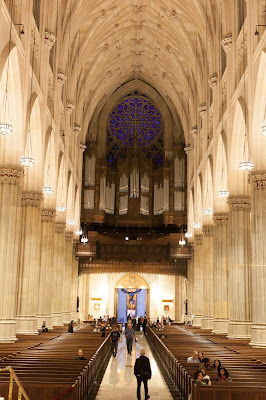 This year's Alumni Parents Council Cultural Event treated the Saint David's alumni parent community to a private tour of St. Patrick's Cathedral, granting us an inside look at the history and restoration of the great Cathedral.

Mr. Loual Puliafito, the Director of Development at St. Pat's, organized the evening and welcomed us all. He noted that the generation that built the Cathedral was trying to make their families' lives better, that St. Patrick's resulted from their hard work and sacrifice, and its creation stood as a gift from one generation to the next. 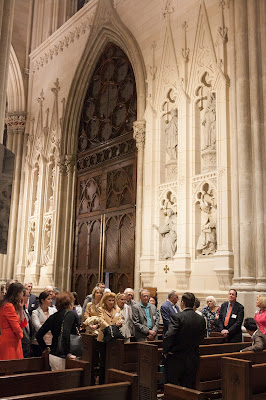 We learned how in the mid-nineteenth century, John Hughes, seminarian, founder of Fordham University, and the first Archbishop of the Archdiocese of New York, convinced 100 of of the wealthiest people in the city to give him $1000 each to build a new beautiful Gothic Cathedral during a time of explosive growth in Catholicism in New York. The cornerstone was laid 1858 (although its exact location remains unknown!) and the new St. Patrick's Cathedral opened in 1879. 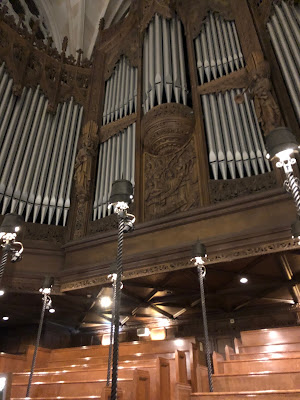 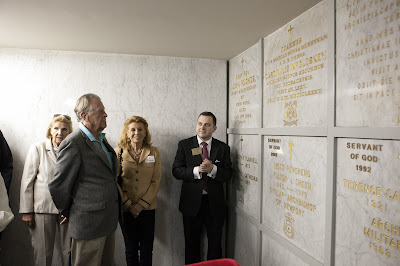 We toured the beautiful Gothic interior, viewing the amazing 7849-pipe organ and the various Chapels, including the Lady Chapel, to which the recent restoration added glass doors in order to be more welcoming of visitors. We also visited the crypt containing the final resting places not only several of New York's Archbishops and Cardinals, but also that of former slave and philanthropist Pierre Touissant. 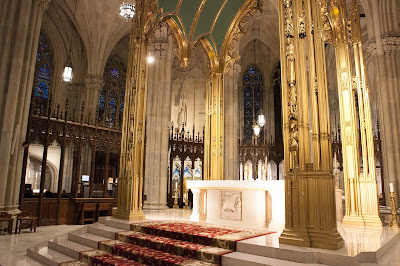 It was a night filled with fascinating history, beautiful art and architecture, and deep spirituality; all so resonant with our community. Our gratitude to Mr. Puliafito and John Odin of St. Patrick's, to Saint David's Alumni Parents Council Co-Chairs Annie Haddad and Winnie Feng, and to Assistant Director of Development John C. Dearie '95 for bringing the alumni parent community together for such a memorable event. 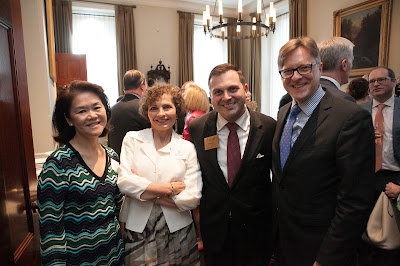