Learning From Each Other - A Prep for Prep Panel Discussion 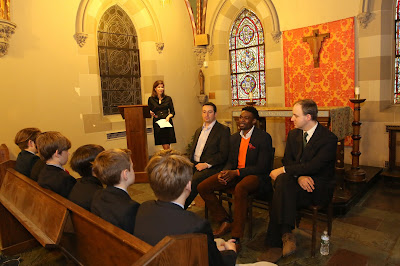 On Friday, Dan Tobon '97, who participated in Prep for Prep, and Javier Piggee '97, who entered Saint David's in the first grade, visited the school to share their experiences with our current sixth graders, who will welcome two new classmates from Prep for Prep in September. They were joined by John C. Dearie '95, Assistant Director of Development, who spoke from the perspective of a student who welcomed Prep for Prep classmates when he was in seventh grade.  Saint David's has enjoyed a longstanding partnership with Prep for Prep, which prepares New York City's most promising students of color to excel academically and socially at leading independent schools. 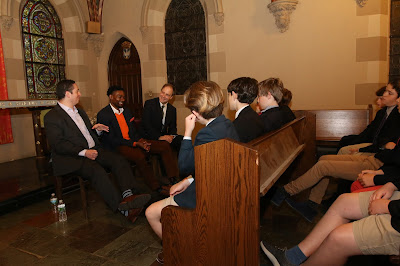 Dan and Javier reminisced about the strong bonds they formed at Saint David's and the impact of their teachers, and noted our school's welcoming, warm community. The panel discussed the potential challenges faced by these students, such as long commutes, and offered advice to our sixth graders on how to welcome their new classmates and make them feel at home at the school. 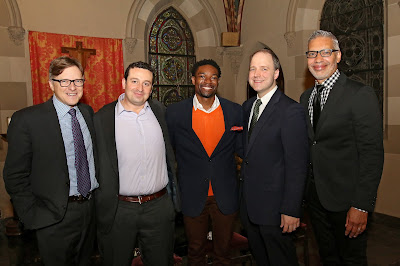 It was great to see Dan and Javier, and so good of them and John to share their experiences.  Our sixth graders came away from the discussion with a greater sensitivity to the challenges the incoming students may face during their transition to a new school environment - as well as an appreciation for how much they can learn from each other.