May 17, 2019
Our Pre-K STEAM boys recently completed an exploration of the solar system through a hands-on, multi-faceted unit that integrates art and science and is a perfect example of the ways boys learn best.

The unit's purpose is to elicit the boys' knowledge about planets and the sun while dispelling common misconceptions, and to have the boys come to understand how humans are able to learn about objects that are so far away. 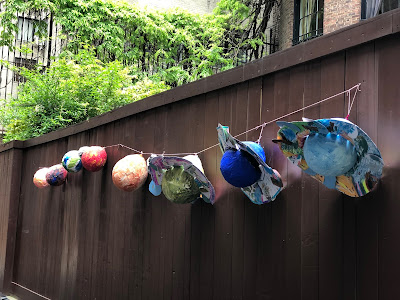 Once facts about the solar system were discussed and understood through teacher-led readings and viewing of NASA video footage and images, the boys put their new knowledge about the sun and planets to work, using tissue paper and decoupage to build a model of the sun in its three-dimensional fiery form. They later created a paper-mache solar system that featured details in colors and texture to match those of NASA images. As an example, the boys cut and hand colored chunks of "rocky and icy debris" to simulate the rings of Saturn, Uranus and Neptune. 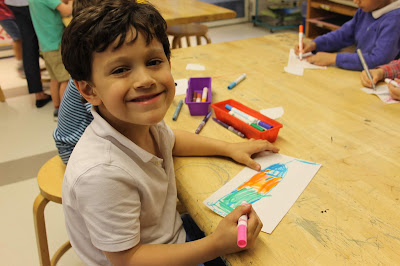 Then, after seeing that humans were able to learn about the universe by launching spacecraft into space, the boys built and decorated their own paper rockets. 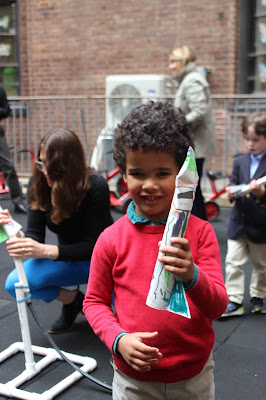 On launch day--as you can imagine, a most anticipated day--with their paper mache solar system hanging in the nearby distance, the boys stomp-launched their rockets to see how far into space they could travel. 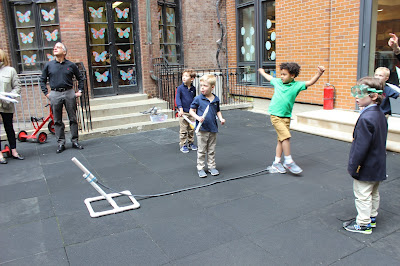 Active, creative, engaging, harnessing their intellectual curiosity, teacher-guided yet student-directed, and grounded in science--these are some of the ways that boys learn best and which we employ at Saint David's from the youngest grades. 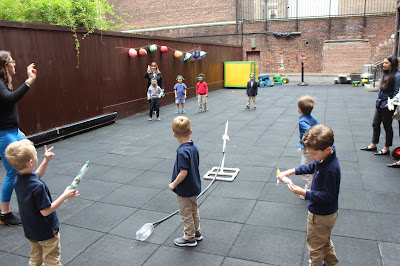