From Farm to Pyramid with Baseball in Between 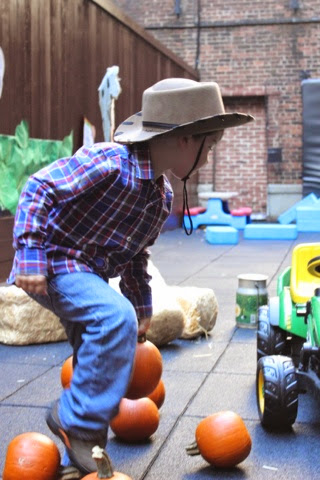 Examples of active learning abound at Saint David's.  This week our youngest boys assumed the role of farmers for the day. In our backyard courtyard, the boys drove toy tractors to the pumpkin patch, tended to their cow, and played a game of "pass the egg" without cracking it.  Shortly, the boys will study and witness the hatching of baby chicks in their class. 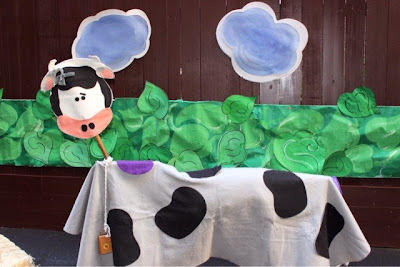 At the same time our Omega boys spent a Spanish immersion class exploring all things baseball, including singing “Take Me Out to The Ballgame” in Spanish, mimicking the actions of a pitcher, hitter and catcher; and dressing a puppet as a NY Yankee player; all while communicating exclusively in Spanish. And our fourth graders, who have been studying the ancient civilization of Egypt, gave presentations on a related topic, such as The Great Pyramid of Giza, Pharaohs, or Mummies, while assuming the roles of art historian, cartographer, or biographer. 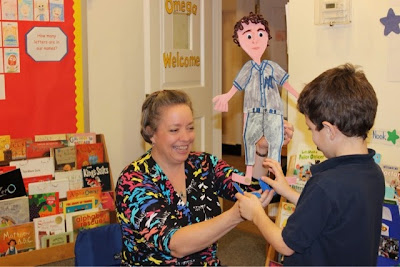 All of these activities engage our boys actively, getting them up, out of their seats, moving, working cooperatively, and speaking publicly. 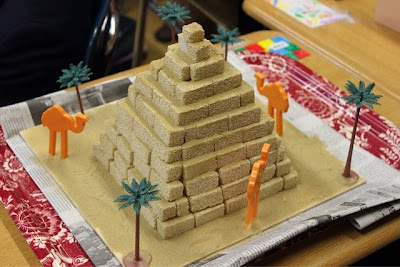