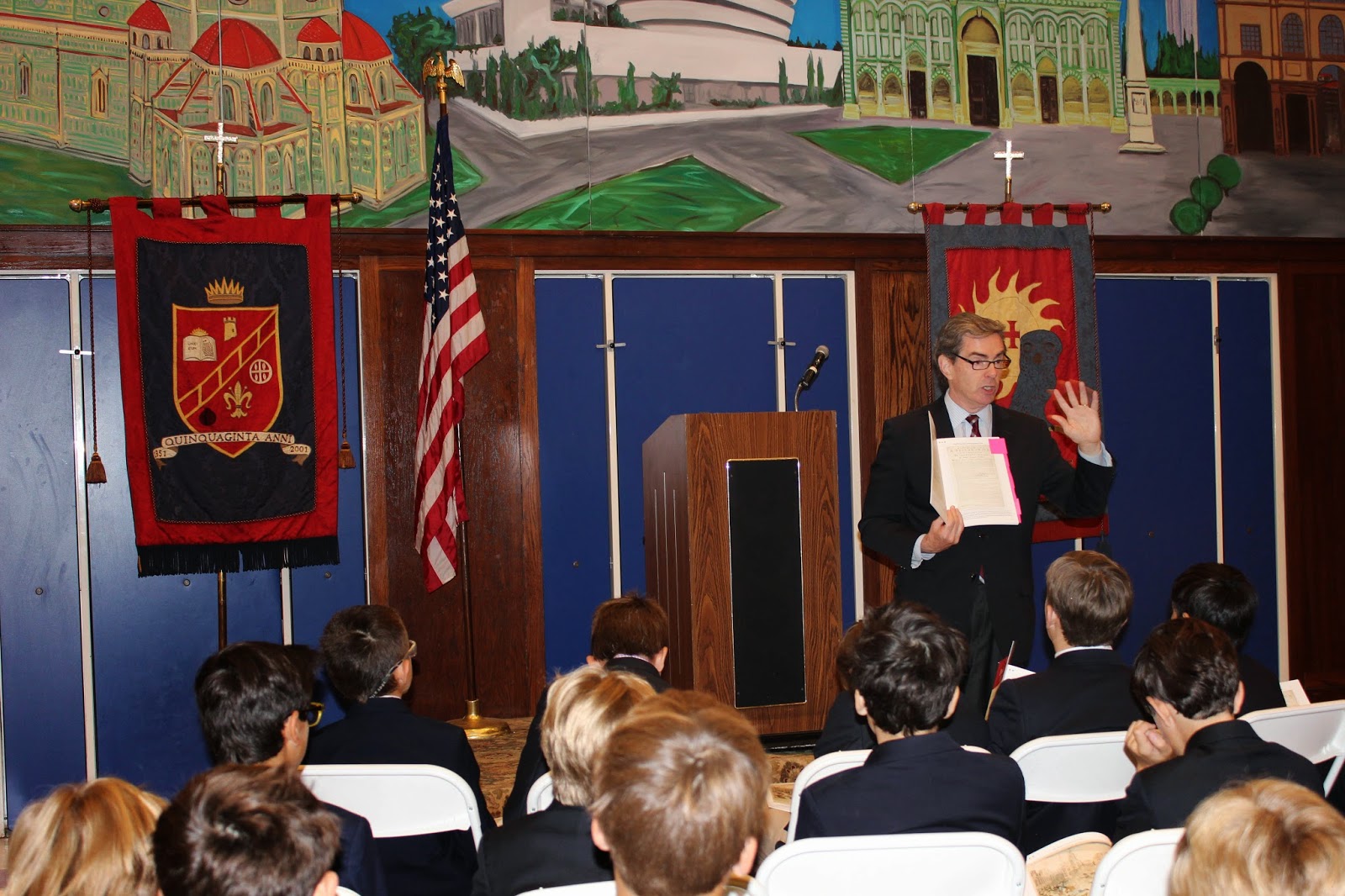 Today, representatives from two of the educational institutions that Saint David’s has partnered with, visited the school to lead intensive sessions with our boys.

This morning, James Basker, President of the Gilder Lehrman Institute of American History, led a workshop for our sixth graders and their parents on “Why Documents Matter.”  Our boys in Grade Six and, new for this year, Grade Five, will visit The Gilder Lehrman Collection of unique historical primary source documents as they study several periods in American History, including the Civil War and American Revolution. 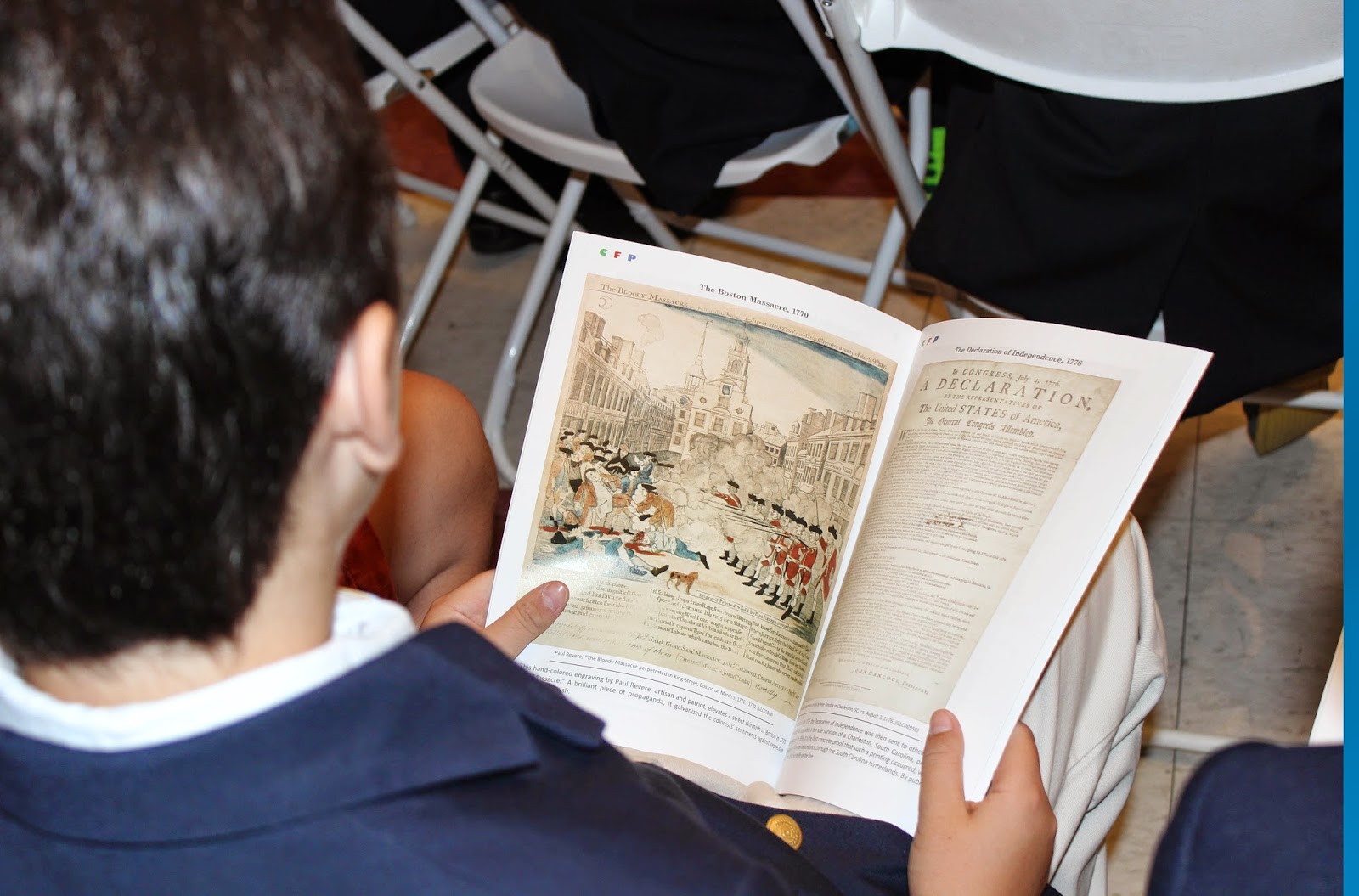 In these units of study, boys will analyze works such as Paul Revere’s engraving of the Boston Massacre, correspondence by George Washington, and Civil War letters, to uncover insights and information that can only be inferred from careful perusal of original documents. These insights will spark discussion around the "ideas and ideals” associated with the periods of history being studied, revealed through the careful critique of the original source.

In the afternoon, an educator from the New-York Historical Society began her session on the study of the Lenape tribe of early Manhattan with our second grade boys and their teachers. The boys were led in a discussion of the unique and particular resourcefulness of the Lenape. Guided by their teachers and the educator, the boys will soon create seasonal models of Lenape longhouses and wigwams. 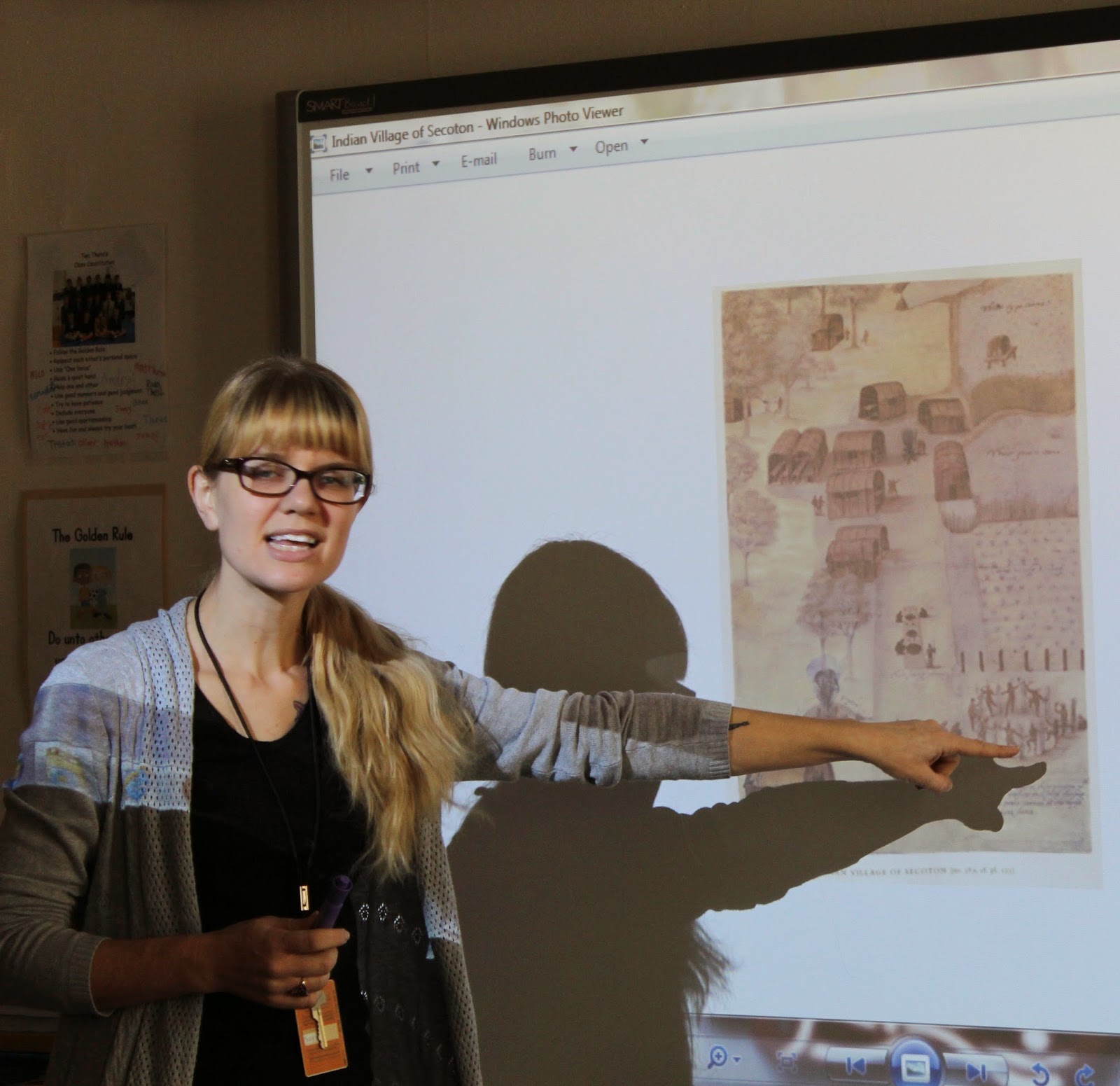 Later in the year, boys will study New Amsterdam and examine Revolutionary era artifacts. This is the fourth year of our partnership with the N-YHS and we will be expanding the relationship to our "Mapping New York” unit in first grade, in which boys will explore and study historical maps of New York City from the N-YHS collection.

Saint David’s has increased collaborations with cultural, educational and scientific institutions such as the Gilder Lehrman Institute of American History and the N-YHS in order to enhance and further the learning that occurs in the classroom, allowing our boys to explore a topic from a variety of perspectives and uncover deeper meaning from specialists in their respective fields.