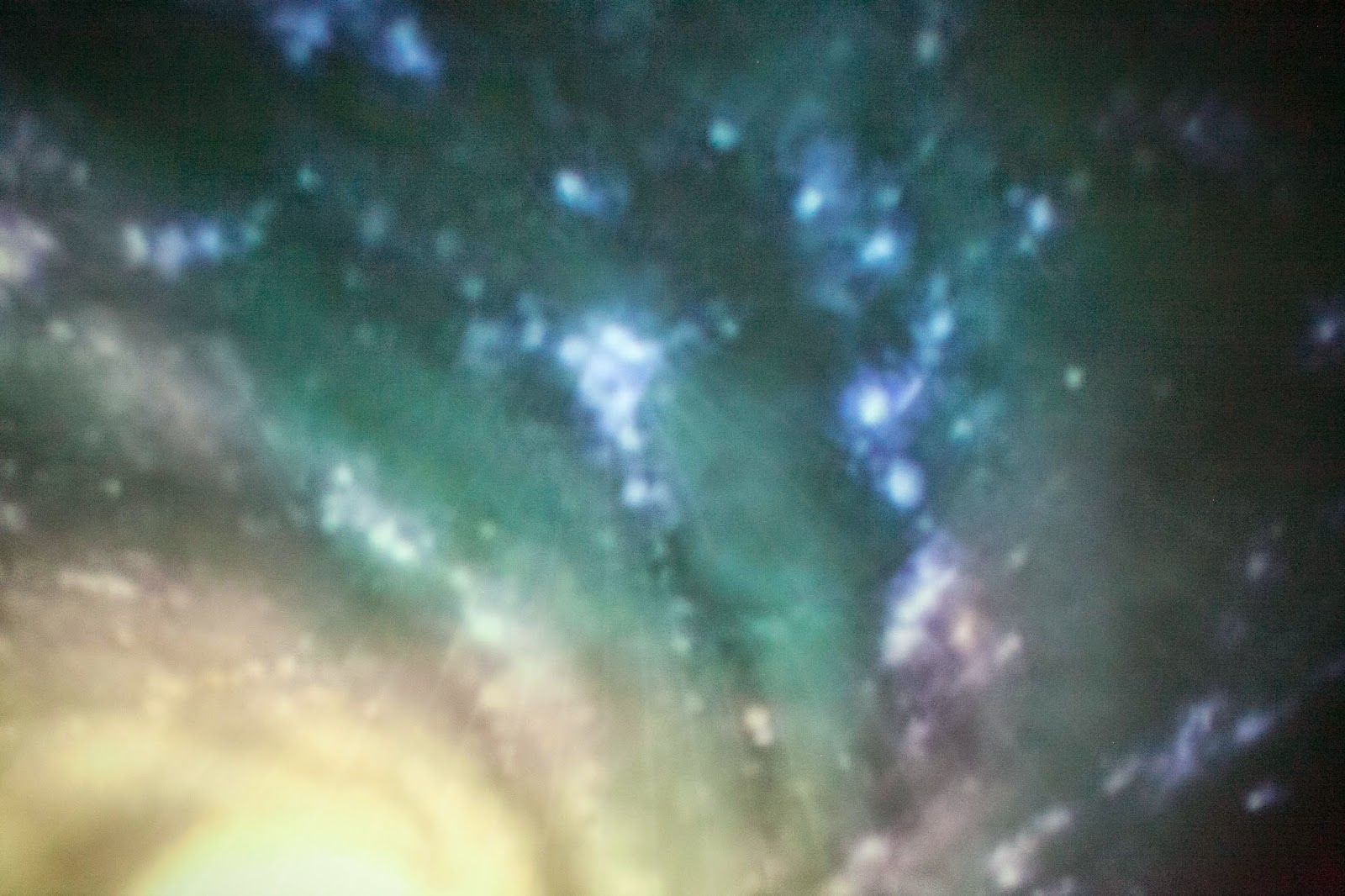 On Friday Saint David's kicked off its new Digital Universe unit of study in the sixth grade science program. The unit is being conducted in a new partnership with the Digital Universe Flight School at the American Museum of Natural History. It will transform the boys’ study of astronomy. Our boys will learn to use cutting edge technology tools, with real-time data, to explore the universe. 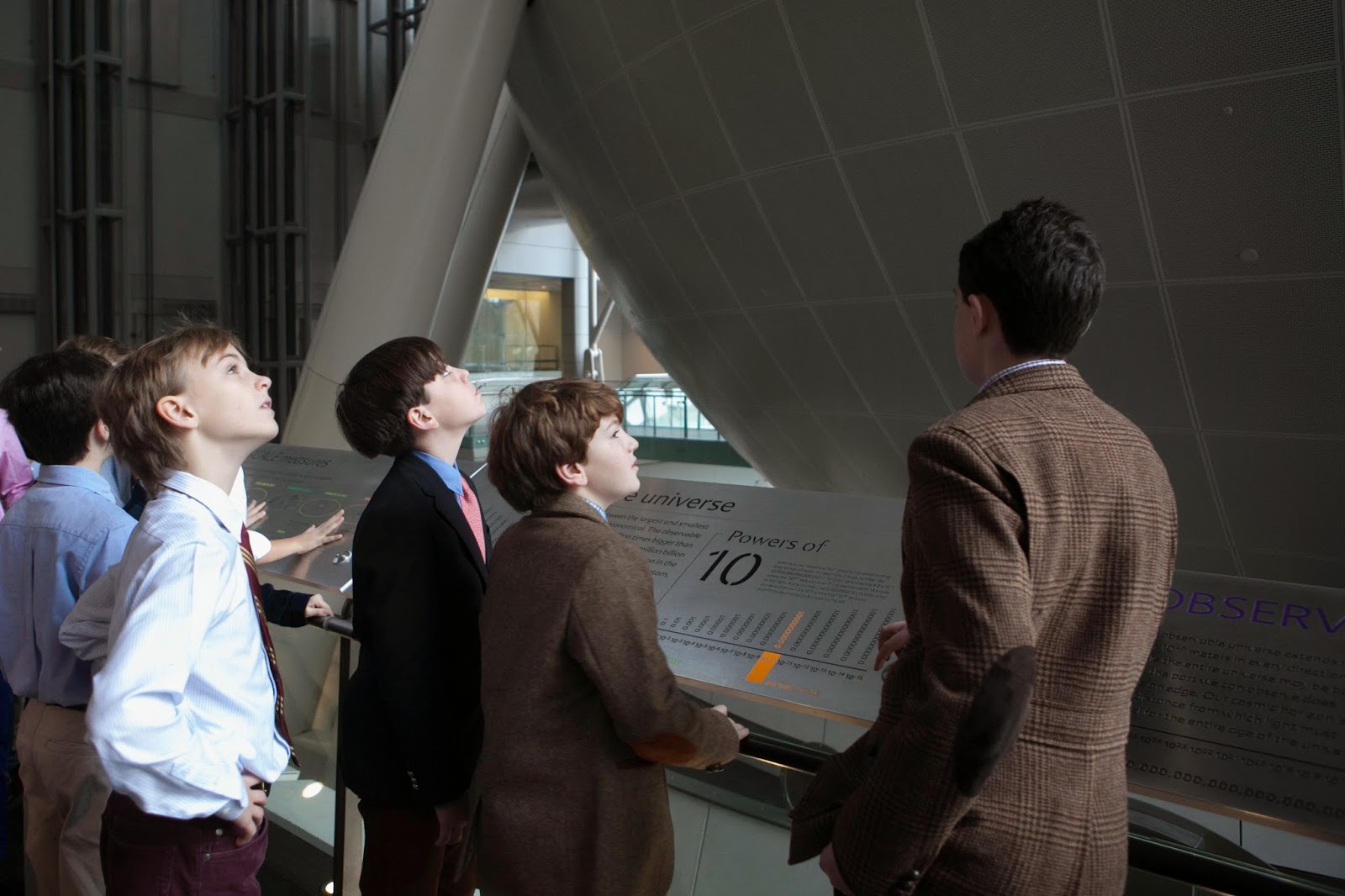 They will research a question about astronomy, within the purview of our 6th grade curriculum, that is of particular interest to them and use professional astro-visualization software to develop and perform an engaging Planetarium presentation to share their findings inside the dome of the Hayden Planetarium.

This project is interdisciplinary in nature and will entail the boys' storyboarding and scripting their shows in English class and focusing on scale of the universe and the working of various technologies and methods for capturing and visualizing astronomical information in science classes, as well as a research/technology strand. 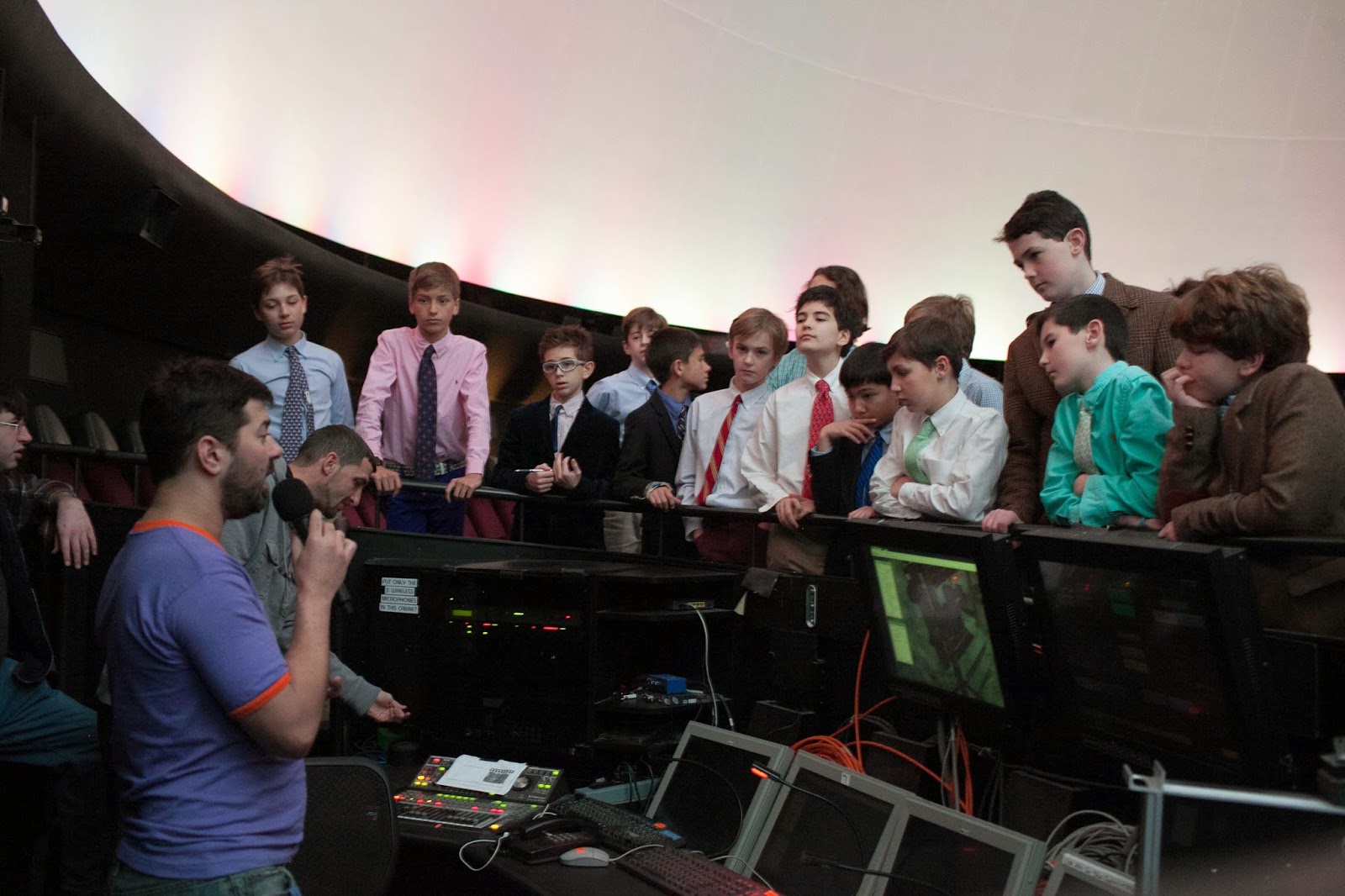 On the first day at the Museum, they were encouraged to brainstorm ideas for space shows, providing answers to the question: If you had your own personal space ship, where would you go on vacation? Why? Their answers included the constellation Orion, Saturn, The Crab Nebula, The Edge of the Universe, Mars, The Asteroid Belt, and Pluto. 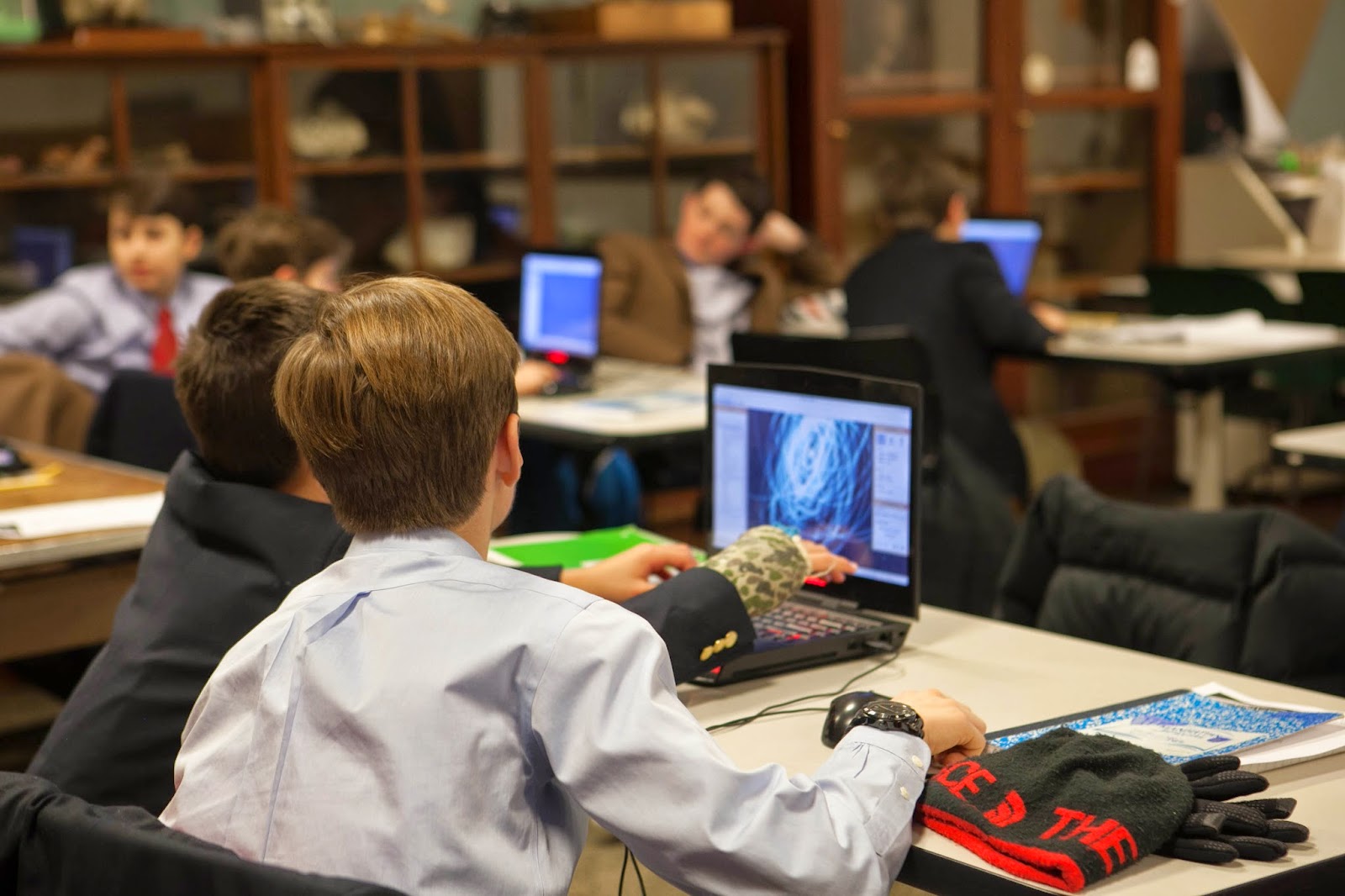 Later, they were introduced to Uniview, software that visualizes space data, and were charged with flying from the Earth to the moon, practicing with the software and camera controls.

The Museum's director of astrovisualization, Carter Emmart, modeled a high level tour of the universe using Uniview. The boys were so excited to have access to such sophisticated equipment to explore and study the universe.

The class will spend the next several Fridays working on this unit at the Museum.  In teams of two, they will create a 5-minute, real-time space show, which they will narrate and present to parents at the Planetarium. 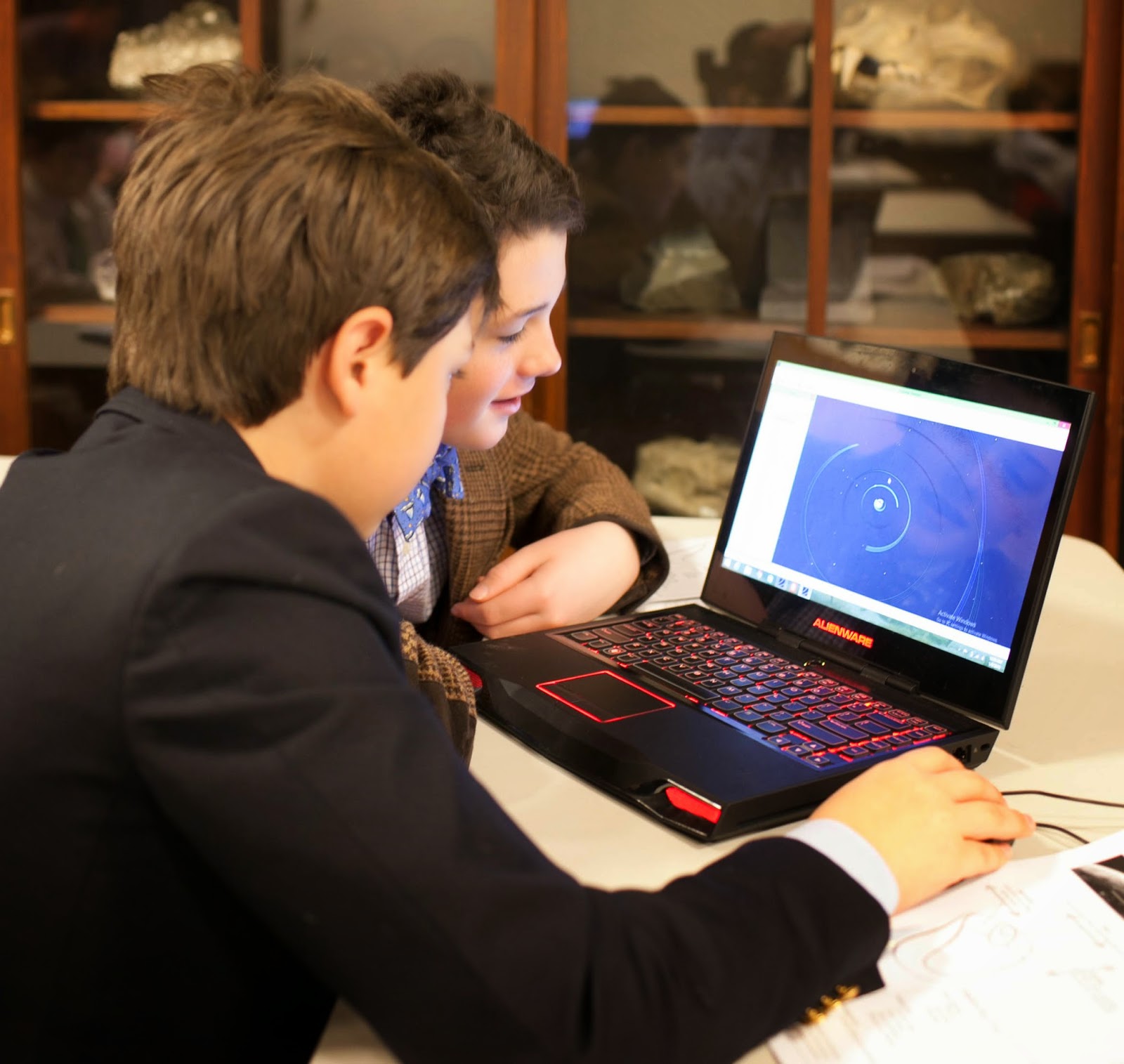 What a rich and exciting project for our boys.

Fasten your seat belts, it's going to be a thrilling flight!