The 20th Century Through a Kaleidoscope of Perspectives 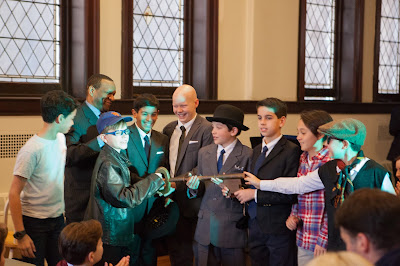 Last week, the Sixth Grade wowed us with their performance of For Though They May Be Parted, an original Saint David's musical play that explores the major events of the 20th century from World War One through the end of the Cold War.  The show, written by former faculty member Wil Lobko and current faculty Jeff Moore (Music Chair) and Emily Einhorn (Sixth Grade Teacher), tells its story through the iconic songs from the century, as well as famous speeches of the period, and through the poetry of Wilfred Owen and Langston Hughes. 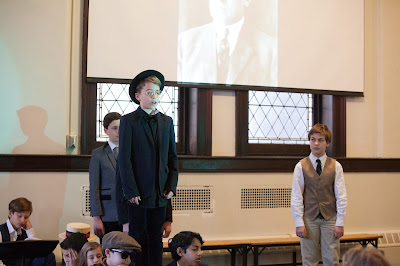 The boys were terrific, singing with passion and talent from a repertoire that included Give My Regards to Broadway; Brother, Can You Spare Dime; With God On Our Side; and We Didn't Start the Fire, among others. They delivered the speeches and dialogue with conviction, and dramatic and comic acumen. Bravo to all in the cast and crew and to Joe Shapiro, Phyllis Clark and Jeff Moore for the music and stage direction. 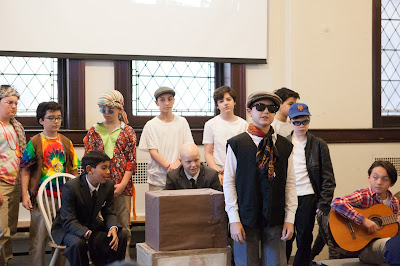 This production is mounted in conjunction with the Sixth Grade's signature interdisciplinary unit "The 20th Century Kaleidoscope," in which the boys examine the century's events through a kaleidoscope of perspectives and primary sources that include songs, poems, and historical documents.

Due to our construction project, the show was put on across the street at St. Thomas More. These days whenever I marvel at our boys' many and varied productions, I can't help but imagine them in the not-distant future, performing and playing on the stage of a new 300-seat, state-of-the-art performing arts center, which will enable them to stretch their creativity even more, and take their already fantastic shows to new heights! 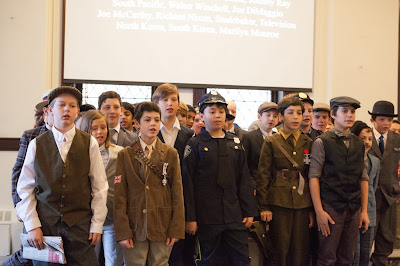