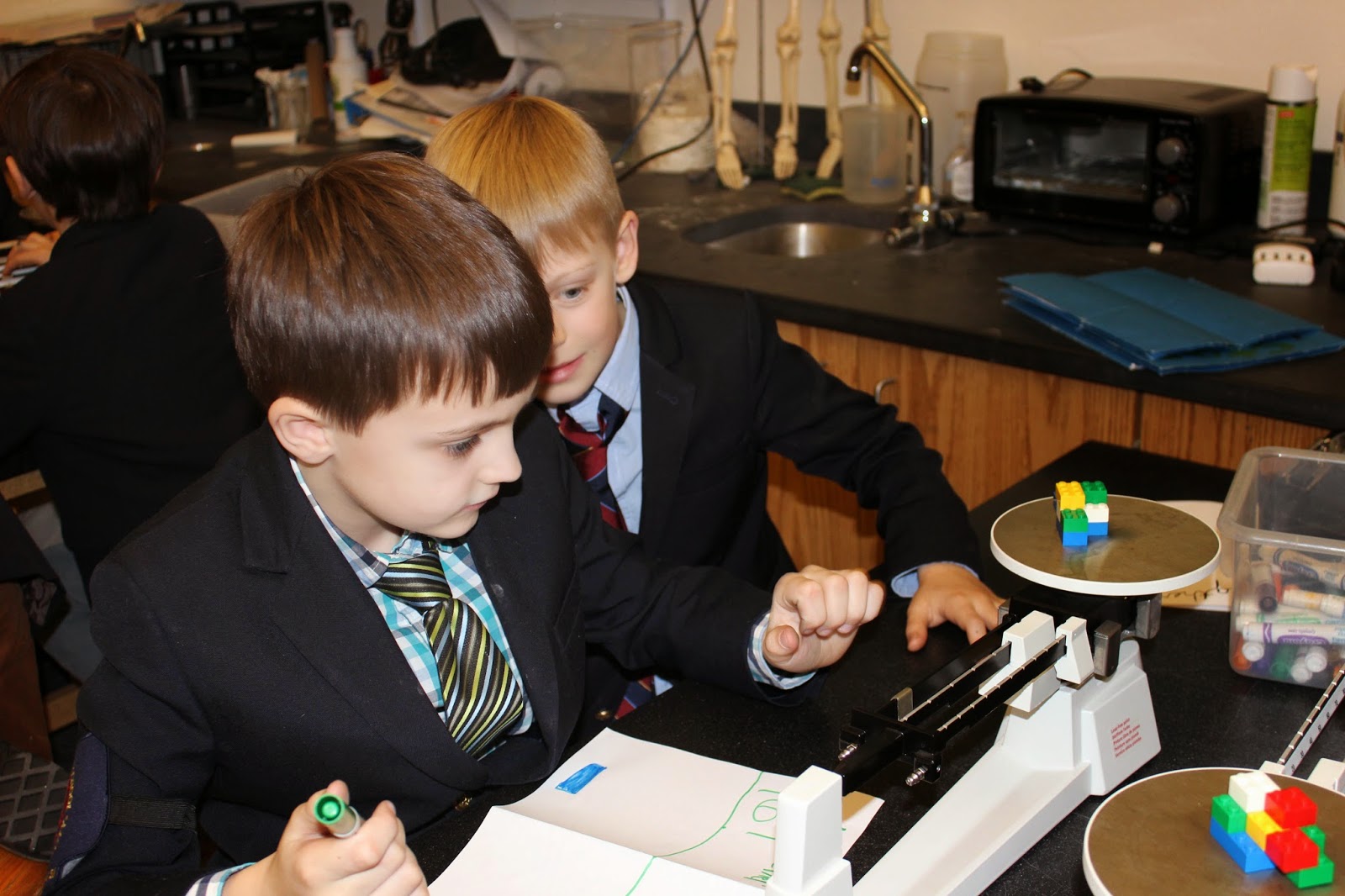 Second graders were asked to predict which would weigh more: a group of Legos that were attached or those same Legos in loose pieces.

All of the boys in the class predicted that the Legos stuck together would weigh more/have more mass than the same Legos, loose. In illustrations, they provided their reasoning. 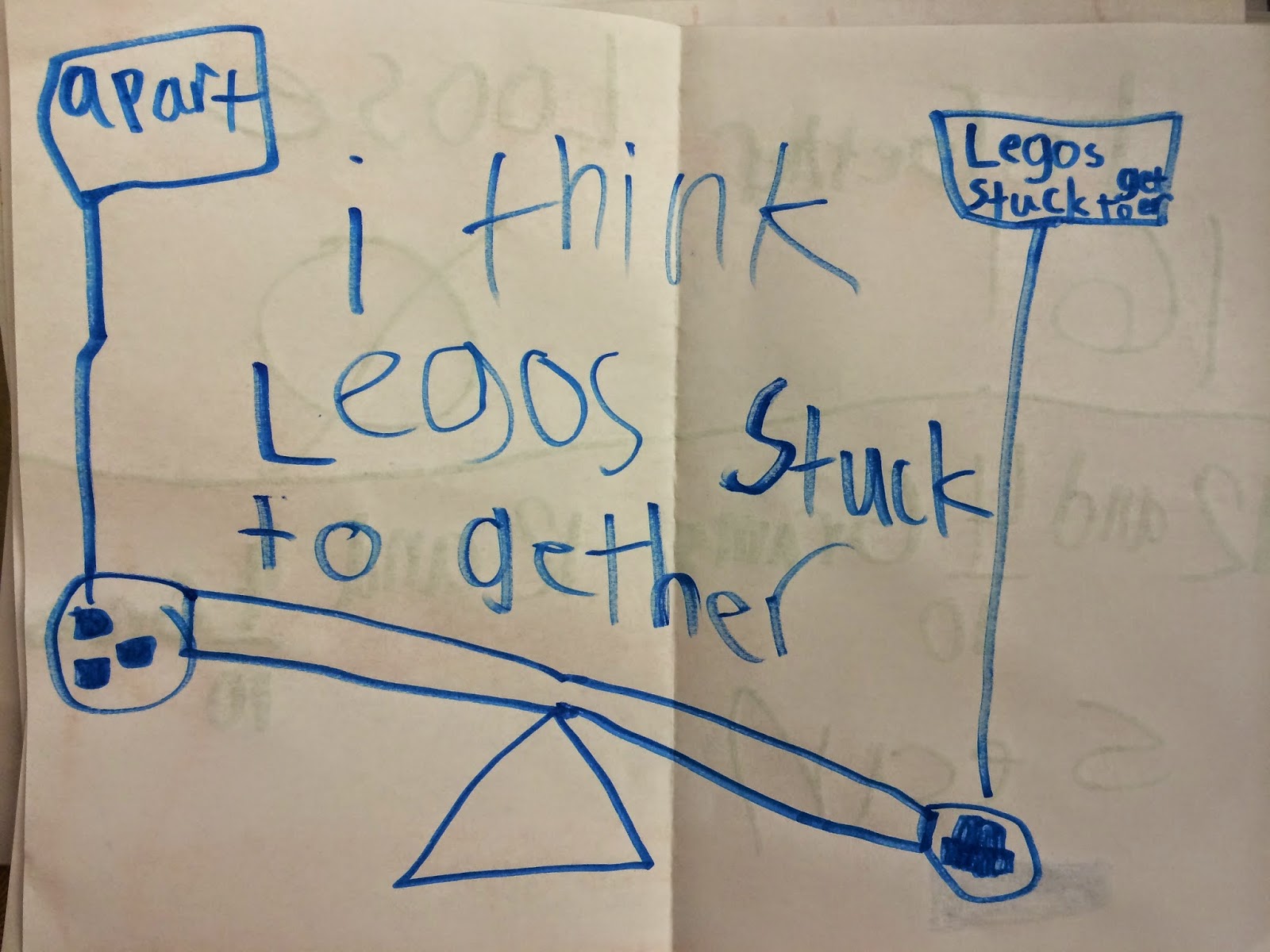 For example, one boy reasoned that Legos stuck together would make the Legos bigger and therefore, heavier.

They then got to work testing their predictions. In pairs, they first weighed the attached group of Legos, and then took the Legos apart, weighing them in loose pieces. This led to a most unexpected discovery and squeals of surprise for the groups that were careful with their measuring: the Legos weighed the same! 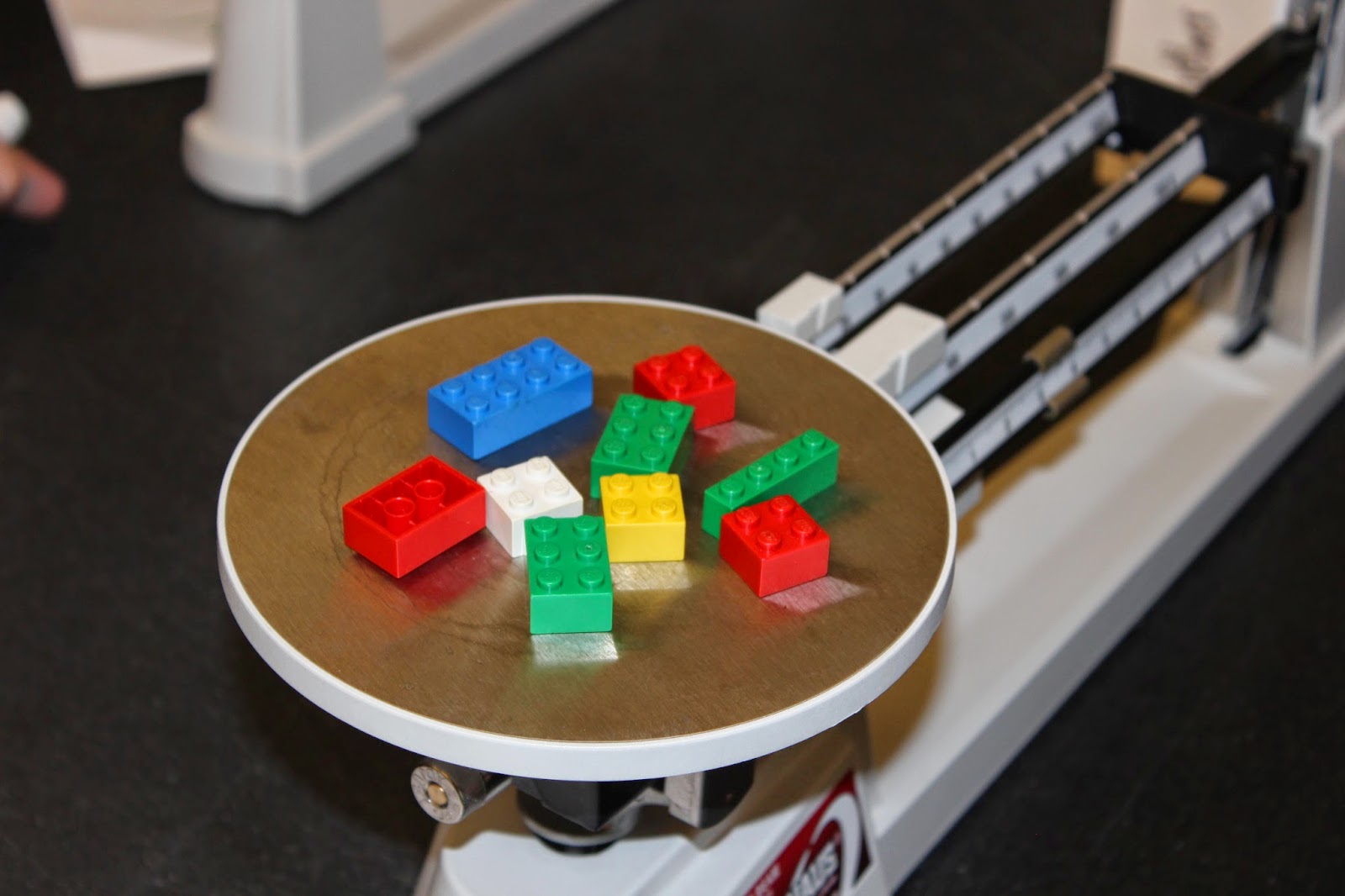 Reflecting on the results, the boys came to this realization, as one boy put it: "They weigh the same because it's the same exact pieces, together or apart."

Exactly. And how powerful that the boys came to realize this not by being told, but through their own experimentation. This is how the testing of ideas drives true learning.