Shakespeare with a Twist

At the Shakespeare Institute 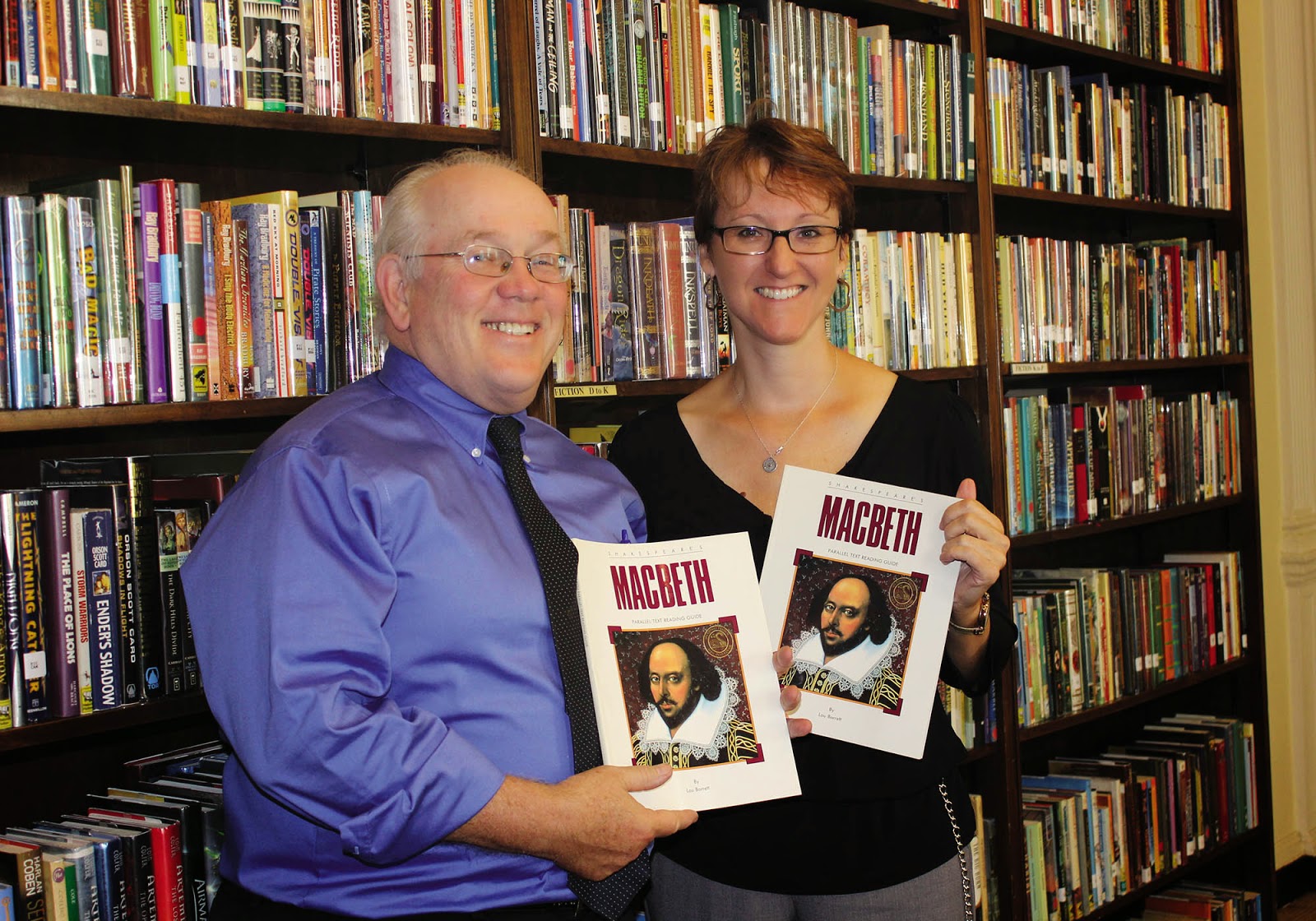 This summer, English Chair Karen Davis and English Teacher Tom Ryan attended an exciting, two-day Shakespeare Institute at the Hudson Valley Shakespeare Festival’s site in Cold Spring, NY. The “workshops are designed to help teachers make Shakespeare fun and accessible within the classroom. Programs are structured around a Shakespeare text and will enable teachers to integrate theater-based activities into their curriculum in order to engage students with Shakespeare’s stories” (www.hvshakespeare.org).

After completing an introductory speed reading of Macbeth wherein the teachers were assigned roles and given the gist of each scene, they were asked to strike tableau poses depicting the major scenes and capturing the mood during Macbeth’s downfall. From there, improvisation workshops along with practice in stage combat had everyone up and moving in an attempt to gain understanding of the play through physical activities. In addition, workshops on the historical time period and online Shakespeare resources made the days jam packed with information and ideas that can be used to engage students. The final culminating activity infused performance with a mock sales pitch that had the teacher groups breaking down key scenes and analyzing the language, the setting, and the tone at that moment in the play.

Tom Ryan explains how he may incorporate some of the experience in his classes:  “Bringing the Institute back to the classroom is a short trip based on the activities put forth by the Hudson Valley Shakespeare Festival’s staff. Students, in our case, those studying Romeo and Juliet, can, in a pre-play activity, create story boards, a casting wish list, costume ideas, posters, press releases, and trailers. All these will enable our boys to bring Shakespeare into the twenty-first century, at least as far as taking more ownership of the play and making it more tangible before the reading actually begins.

“Careful attention to the editing/cutting of the play is a skill that will serve all students. Our staff members emphasized editing the play so as to allow the readers to appreciate what Shakespeare was most proud of, his attention to plot, and not merely the long, ancillary passages that provide detail and background but do little with plot progression.

“We were also encouraged to take liberties with the characters, the dress, and the setting of the play. For example, in Macbeth the witches could be manifested in any shape or form. We experimented with multiple witches, rather than the stereotypical three, with each “weird sister” representing one of the seven deadly sins. Imagine reworking the forms, costumes and setting for the Capulets and Montagues!

“These activities, along with many others, afforded us the opportunity to bring Shakespeare into the class in both classical and modern/creative ways.”