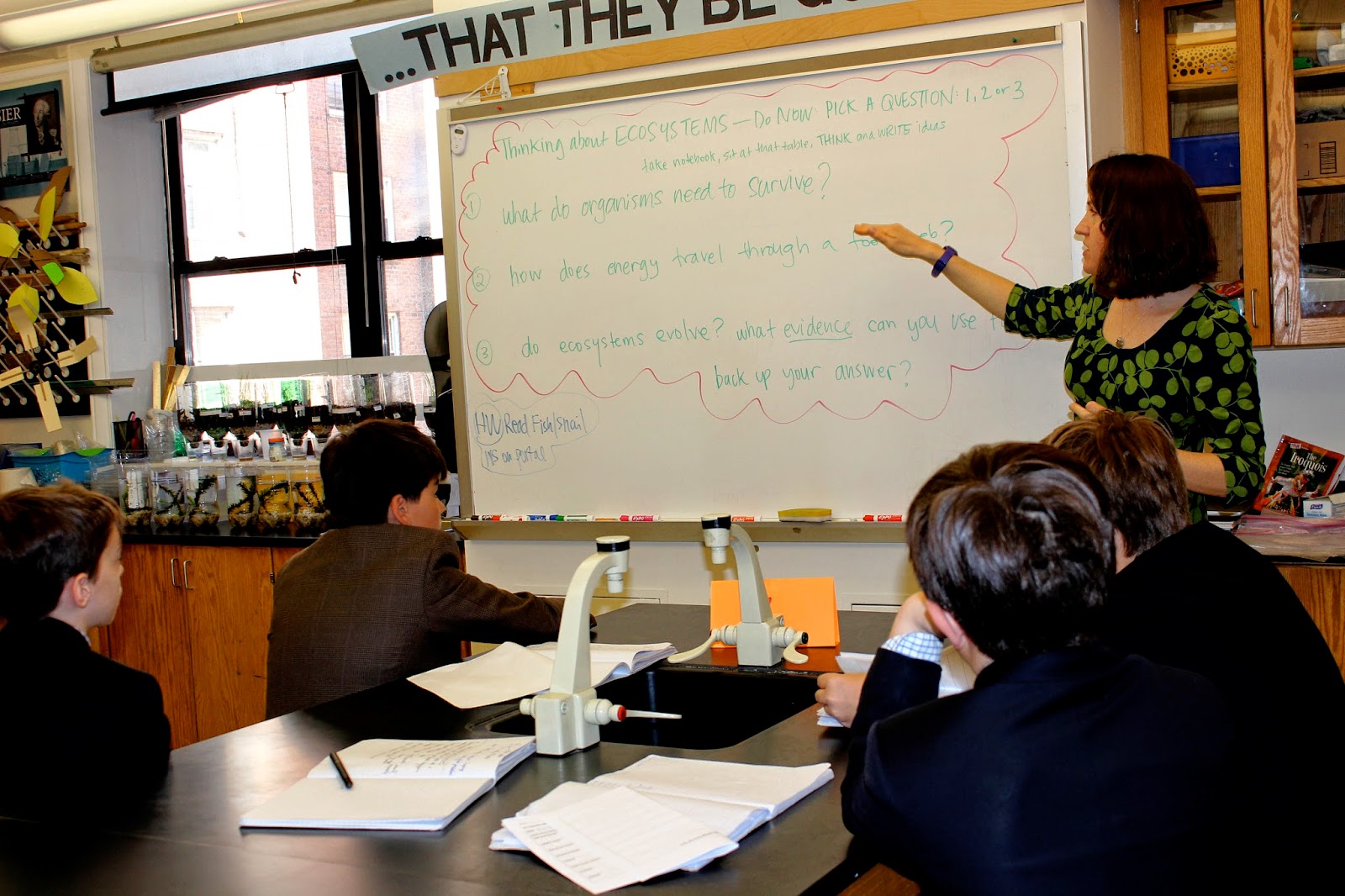 We are placing an emphasis on the thinking process, on "making thinking visible" throughout our curriculum at Saint David's.
A poignant example of this was evident in a fifth grade science lab this morning where the boys were found exploring ecosystems. 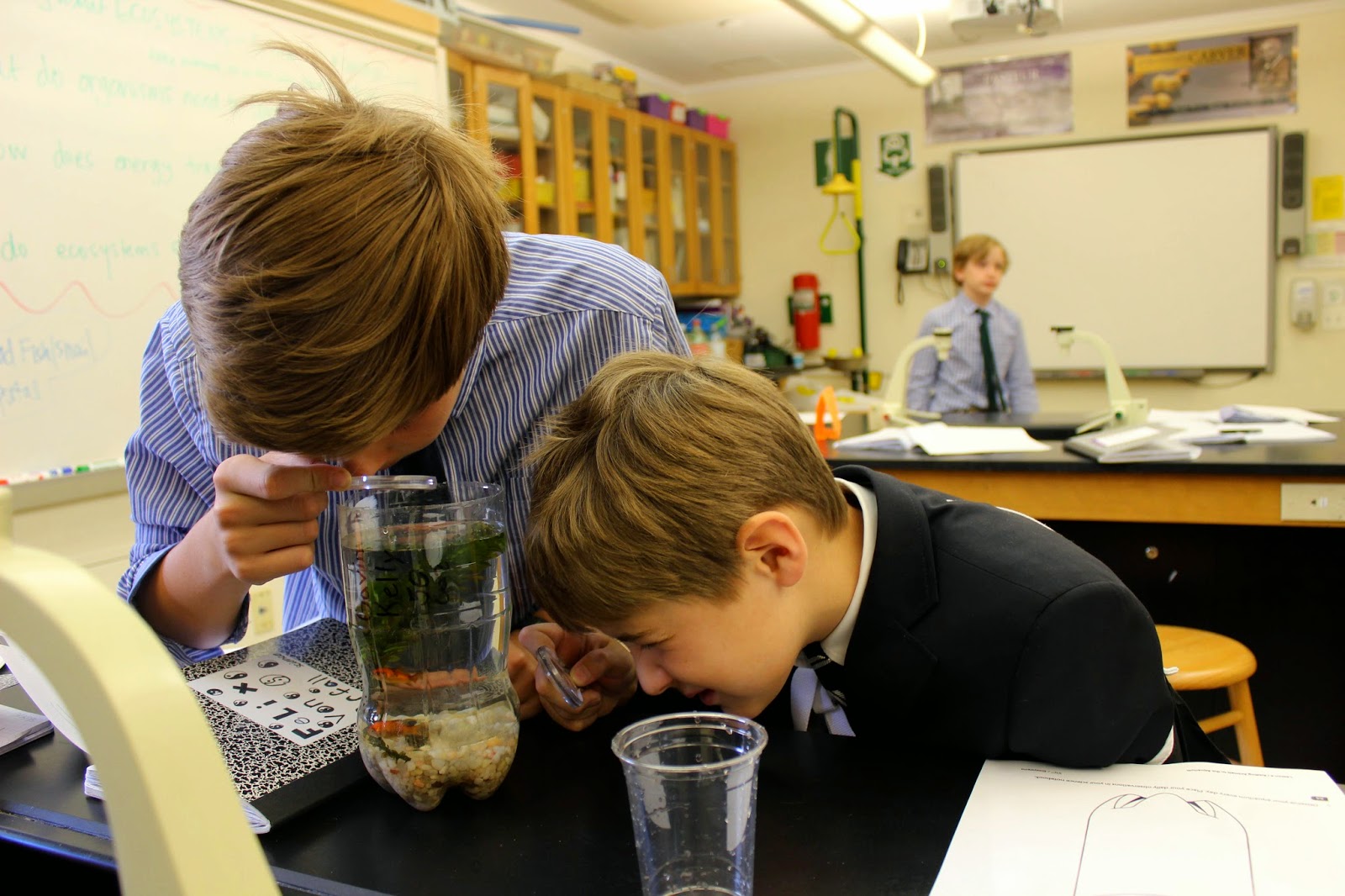 Today's lab opened with the boys' teacher leading them in a discussion that addressed questions about ecosystems. They were encouraged to verbalize their thinking and to record their ideas.
The lab itself involved introducing animals (snails and goldfish) to the aquariums that the boys had already built. 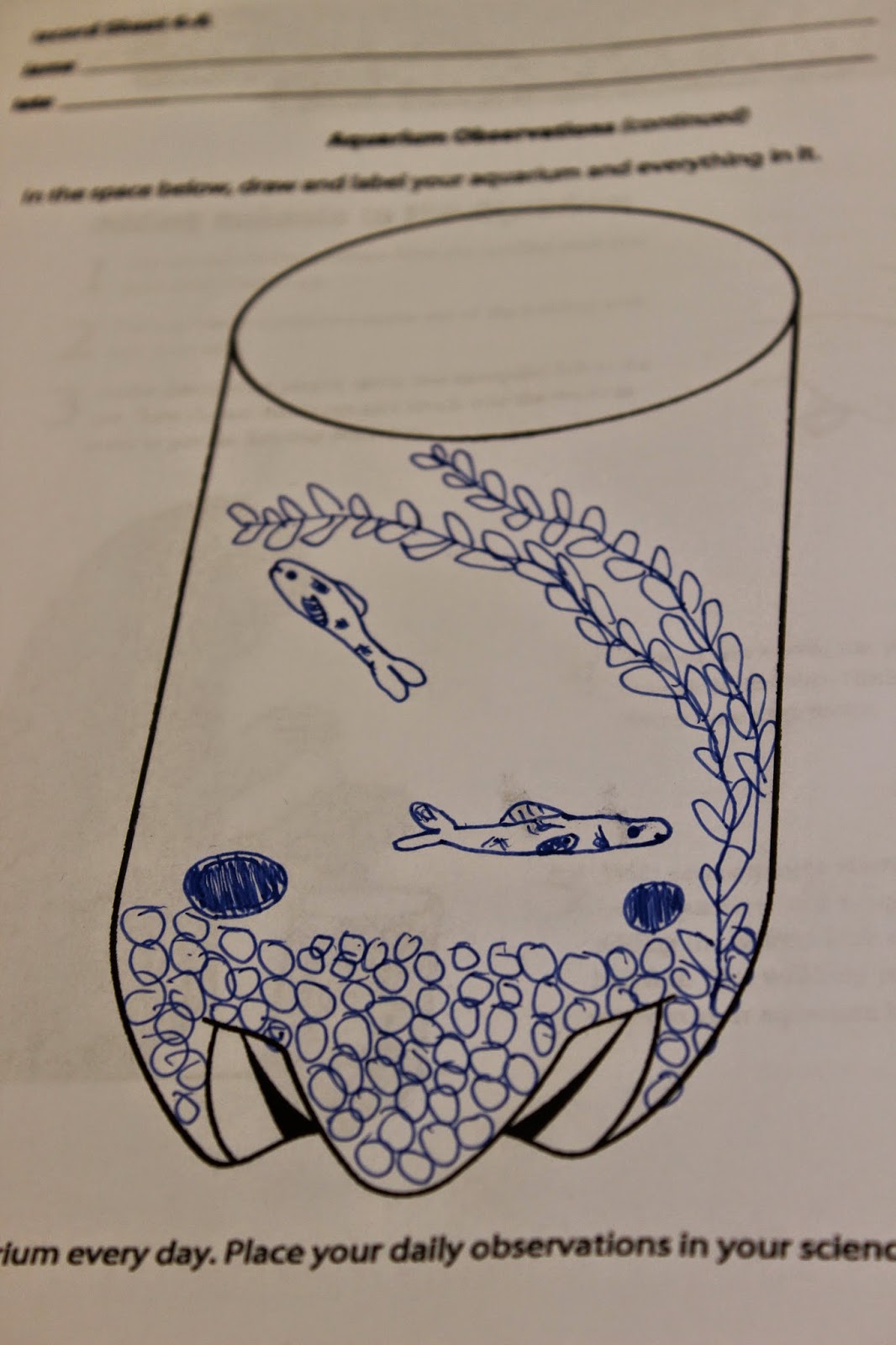 After the boys carefully transferred the animals into their aquariums, they observed and recorded (drew) what they saw, noting the movement patterns of the animals.

Asking boys to document their thinking while being actively engaged in a project in this way helps to spark ideas, unmask connections and deepen understanding of the scientific concepts being studied.