Walk-a-Thon for School in Ethiopia 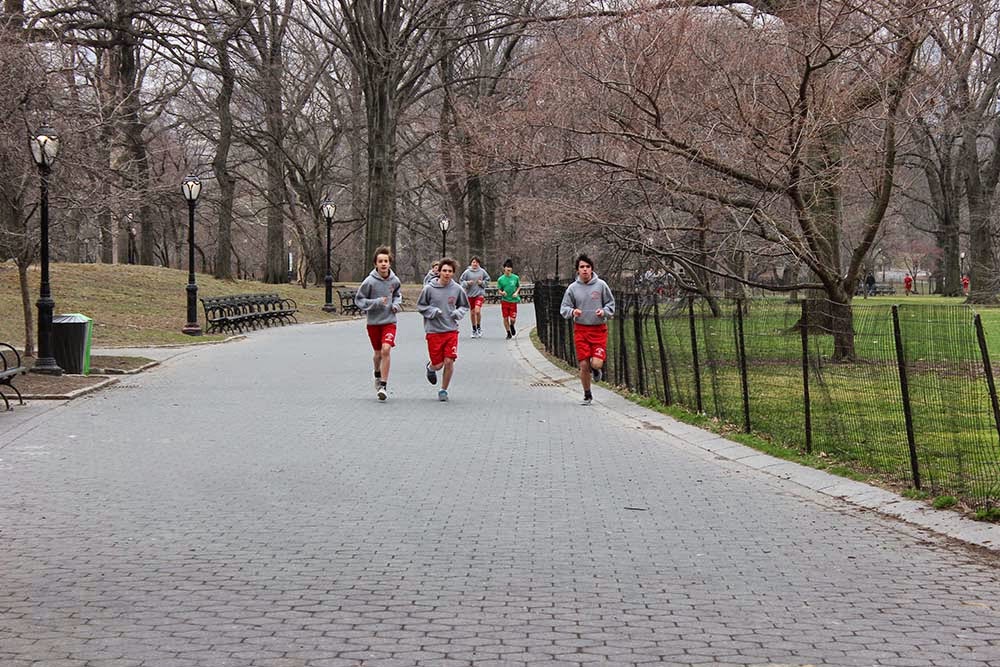 Cheered on by pre-primary boys, our seventh and eighth graders kicked-off this year's Dollars for Scholars fundraising project for our school in Ethiopia with the first of three Central Park walk-a-thons today. In the next few days, boys in Grades 4 through 6 will also participate in walk-a-thons in support of the Saint David's Kalina School, which opened last year in Tigray.

The money the boys raise this year will go toward a second building where young mothers in the area will be educated about modern child-rearing practices and post-natal care for their children.

The Dollars for Ethiopia Scholars project began in 2011 during Saint David's 60th anniversary celebration as a way to give back by providing education facilities for children in need of a school. It is one of several community action initiatives that our boys engage in throughout the year. Contributing to the greater good is a way that spirituality can be seen most concretely at Saint David's.